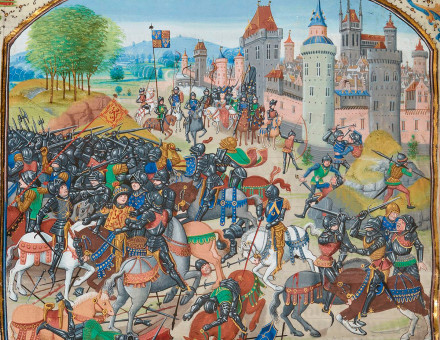 English Defeat the Scots at Battle of Neville’s Cross

A diversionary invasion of England during the Hundred Years’ War led to a battle outside Durham on 17th October 1346.

The Lure of the Grand Tour

French Historians and the Holocaust

Douglas Johnson on why French historians are still arguing about the Holocaust.

Richard Cavendish visits one of the most evocative regimental museums in the country.

The Religion of Feeling: Wesleyan Catholicism

Wesleyan Catholicism - a contradiction in terms? Not in the 18th century, argues Charles Goodwin.

Tony Aldgate looks at how a 60s film about a Cockney Lothario dealt with sex, censorship and angry/ cynical young men.

Elizabeth van Houts reconstructs memories of occupation (with echoes of the 1940s) from post-Norman conquest chronicles. 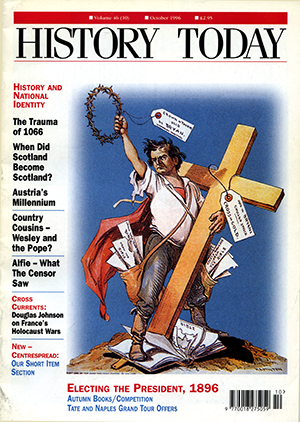