English Defeat the Scots at Battle of Neville’s Cross

A diversionary invasion of England during the Hundred Years’ War led to a battle outside Durham on 17th October 1346. 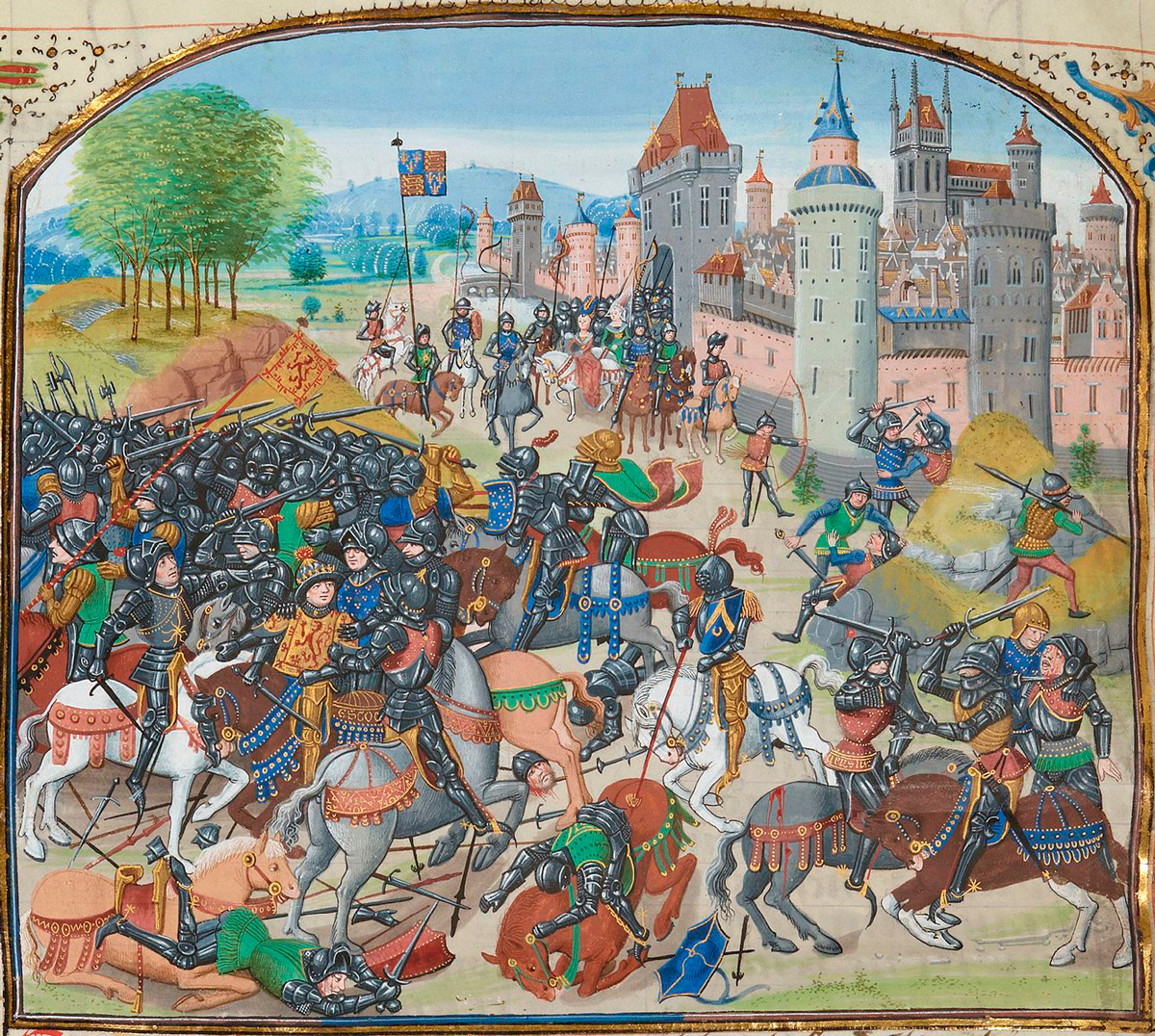 An important but often ill-appreciated sideshow in the Hundred Years’ War struggle between England and France. Edward Ill’s victory at Crecy after invading the French mainland earlier in the year and his subsequent siege of Calais, was putting immense pressure on his adversary – the French king Philippe VI, who, invoking the ‘Auld Alliance’, asked the Scots for a diversionary invasion of England to relieve it.

The Scottish army under the command of Robert the Bruce’s son, David II, crossed the border into Northern England on an expedition of marauding and pillage. Edward Ill’s redoubtable queen, Philippa of Hainault, responded with her husband absent in France by calling out the northern levies under the command of the two key Border nobles, Henry Percy and Ralph Neville – the church militant being represented by the bishop of Durham.

The two armies met on a ridge at Neville’s Cross outside Durham on the morning of October 17th. In the wet and foggy conditions the Scots were disadvantaged by the topography, but the outcome was not decided until one of their flanks gave way and King David was captured by the English forces. Defeat became a rout – the Scots lost up to 15,000 men as well as the capture of their king and many nobles.

David was to remain in captivity for ten years in England while the Scots scrimped to raise the huge 100,000 marks ransom demanded. The English followed up the victory by occupying all of Scotland south of the Forth and Clyde – and ten years later hit the royal ransom jackpot at Poitiers – this time it was the French king, Jean 11, who was captured in battle by the Black Prince. Neville’s Cross is today surrounded by modern development, but the western side of the battlefield is undeveloped and is included in English Heritage’s Register of Historic Battlefields.