The Navy and the Napoleonic Wars

Though attention this year has been focused on the bicentenary of the Battle of Waterloo, the decisive blows that defeated Napoleon were landed at sea, says James Davey. 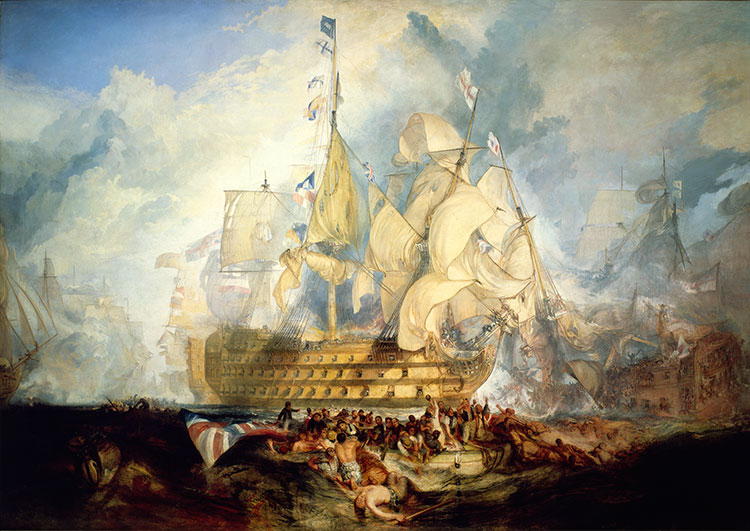 At first light on July 15th, 1815 the naval captain Frederick Lewis Maitland stood on the quarterdeck of HMS Bellerophon and watched a small French brig-of-war slowly approach. On any other day its appearance would have prompted him to prepare his ship for an easy capture, but today the guns stayed silent. As Maitland knew, the vessel contained a unique cargo: on board was Napoleon Bonaparte, until recently the Emperor of France and commander of its armies.