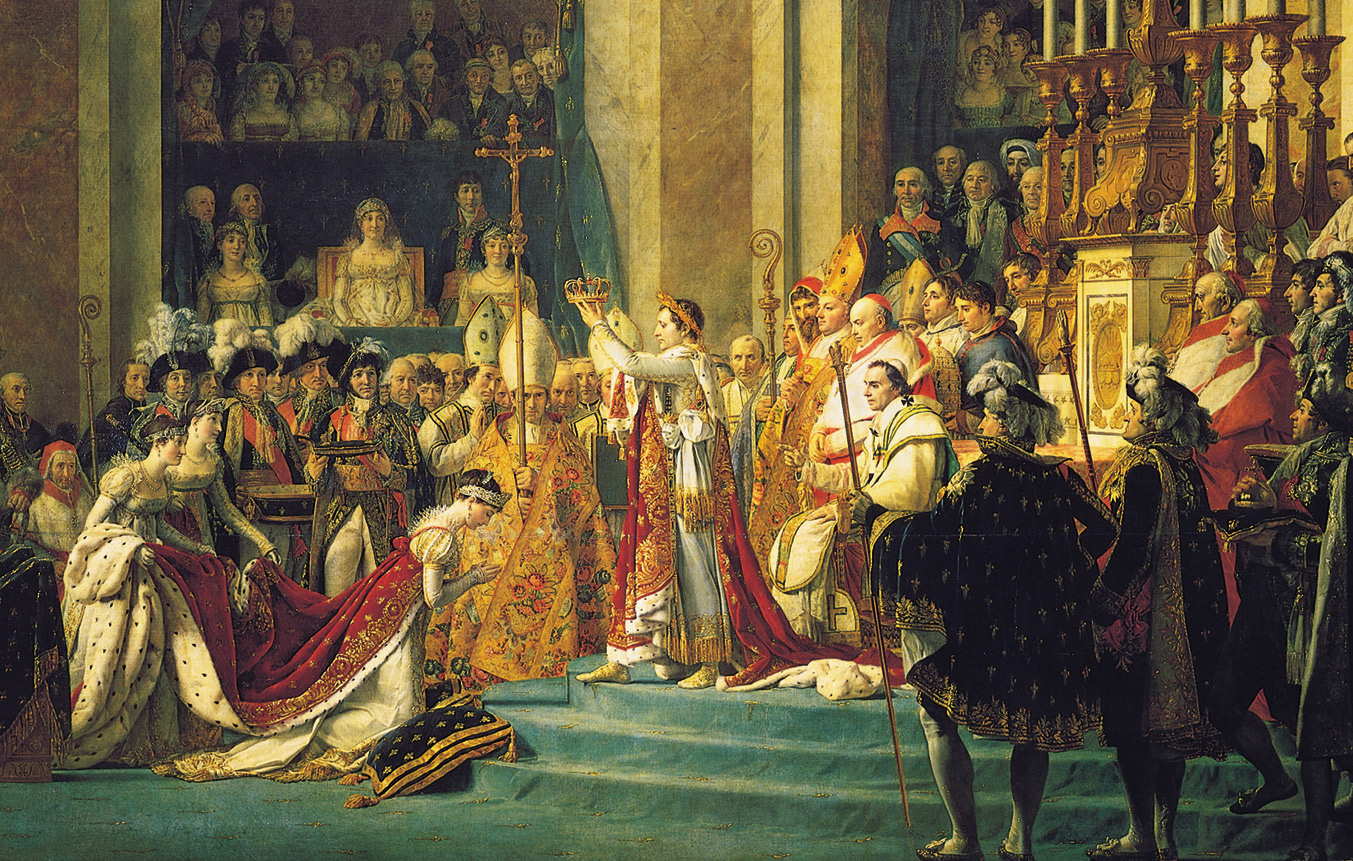 Joséphine kneels before Napoléon during his coronation at Notre Dame. Behind him sits pope Pius VII.

The period after 1789 has been so often labelled an age of revolution that its character as an apogee of monarchy has been ignored. Yet, unlike those of 1830 and 1848, the revolution of 1789 inspired more revulsion than imitation From Naples to St Petersburg rulers previously interested in reforms reverted to conservatism. The Habsburg monarchy, under Joseph II in the vanguard of Enlightenment, became a citadel of censorship and repression: in 1798 a Viennese crowd attacked the house of the first ambassador from the French Republic simply for flying the Tricolour. England was swept by Loyalist movements convinced of the truth of Thomas Rowlandson’s famous cartoon of 1792. The Contrast, which depicted ‘British Liberty’ above the caption ‘National Prosperity and Happiness’, in contrast to the figure of ‘French Liberty’ representing National and Private Ruin’ and ‘Misery’.