It is not just the Christian musical tradition that has struggled to differentiate between the sacred and the profane. 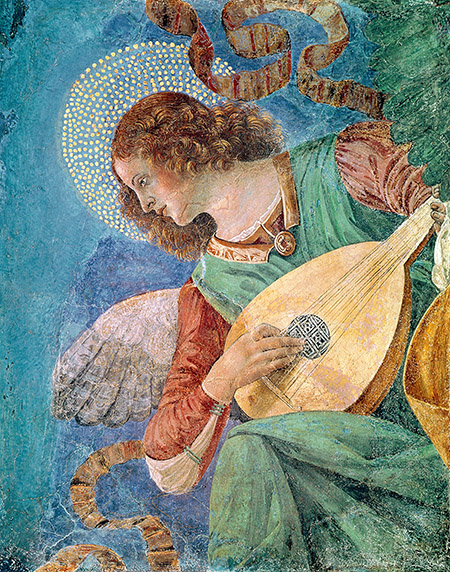 As a young man, St Augustine of Hippo loved hearing music in church. Even the simplest hymn would give him the keenest pleasure and a psalm could move him to tears of joy. He was so enchanted that he would sometimes forget to pray. For a young Christian, this was rather worrying. Fortunately, God intervened before it was too late. As Augustine recalled in the Confessions, he was freed from the worst of his passion, but was left with a nagging doubt. He knew that music had a valuable role to play in the life of the Church. As he argued in De musica, it could stir faith in men’s hearts much more readily than mere words and was a fitting means of giving thanks to God. But experience had taught him that it could easily distract listeners from their faith. Even he was not immune. Late in life, he would still catch himself taking a little too much delight in hearing ‘those airs which [God’s] words breathed soul into sung by a sweet and well-trained voice’ from time to time. This presented him with a problem. As Bishop of Hippo, should he allow music in his churches? Should he put limits on how beautiful it could be? Should he forbid it altogether?

Augustine was not the first person to grapple with the problem of liturgical music. By the time he was raised to the episcopate, it already had a long history. Its origins could be traced back to the Bible. In the Old Testament, music had been portrayed in a rather ambiguous light. Although David’s use of his lyre to heal Saul appeared to testify to the spiritual value of music, the scribe Sirach warned that it should not be valued more than wisdom and the prophet Amos condemned it as an unpardonable wickedness, comparable in its effects to wine. This ambiguity extended into the New Testament. In his first letter to the Corinthians, Paul spoke derisively of music; yet, as the Gospels related, the apostles sang a hymn with Jesus after the Last Supper. Similarly, in Revelation, music was a sign of Babylon’s excess, but was also a weapon in the arsenal of God’s heavenly legions.

Lacking any clear scriptural guidelines, the Church Fathers struggled to know what to do. According to Socrates of Constantinople, music had been introduced into Christian worship by St Ignatius of Antioch in the late first century and 300 years later it was extravagantly praised by St Basil of Caesarea in his Homily on the First Psalm. Yet others were not so convinced. Though Augustine’s cantankerous contemporary St Jerome admitted that the singing of hymns and psalms had a valuable role to play in worship, he nevertheless believed that, in some cases, music could cause spiritual harm.

Long after Augustine’s death, the uncertainty continued to torment Christian theologians. It caused particular controversy during the Reformation. While Martin Luther composed many hymns, his near-contemporary John Calvin, for example, was troubled by its capacity to distract and insisted that only the simplest pieces of music be used. An even stricter position was adopted by Huldrych Zwingli. In 1523 he decided that music was too great a disruption and banned it completely.

The dilemma Augustine encountered was not exclusive to Christianity. Throughout history, it has haunted many other religions as well, especially those which have a similarly dualistic tendency to contrast body and soul, senses and spirit. Judaism, in particular, has struggled mightily over it. As the books of the Tanakh testify, music played an important, even ubiquitous, role in worship in the ancient past. After the destruction of the Second Temple in ad 70, however, the first rabbis forbade accompaniment and, though singing would blossom into a rich and vibrant art form, the prohibition would remain in force for centuries thereafter. Only in c.1770, with the beginning of the Haskalah (Jewish Enlightenment), did this view come to be challenged and more varied musical forms appear in certain liturgical contexts.

Islam, too, has agonised over the problem. During the Islamic ‘Golden Age’ (c.786-c.1258), Muslim theologians debated it with unceasing vigour. While some – mostly Sufis – contended that music was not merely permissible (halal), but even a religious duty (wajib), others – such as Ibn Abi al-Dunya – regarded it as an exercise in vanity, analogous to the hateful sins of fornication and drunkenness. In the late ninth and early tenth centuries, however, there was also a third group, which argued for a ‘middle way’. For Abu’l Qasim Ubaydallah ibn Kordadbeh and Ibn ‘Abd Rabbih, for example, music could indeed play a spiritually uplifting role, but not if it exceeded certain bounds.

Even Buddhism has found it challenging. Some traditions – such as Mahayana and its offshoot, Mantrayana – have viewed music positively, believing that the richest varieties can assist in the transformation of consciousness. Others, such as Theravada, have forbidden it entirely. From the eighth century onwards, Theravada Buddhists have maintained that music is a sensual luxury, which keeps the soul tied to the world and so should be avoided by monks at all costs.

How far the form of religious music was thought to inhibit an appreciation of its content could depend on any number of factors. One such was instrumentation. Particularly in Late Antiquity, certain instruments were associated with pagan rituals or libidinous excess and would conjure up unsuitable images in the minds of the faithful if used in church. It was for this reason that, in the fourth century, St Gregory of Nazianus, for example, admonished his congregation to avoid ‘the sound of auloi and percussion’, as well as ‘tympana’. But at other times, all instruments were viewed with suspicion. According to Zwingli and Ibn Abi al-Dunya, they communicated no meaning and, as such, appealed to the senses rather than to the soul. This being so, they should be viewed as the work of the devil.

More important, however, was ‘texture’, the combination of rhythm, harmony and melody in a composition. With the exception of Zwingli, Therevada Buddhists and Muslim ‘legalists’ such as Ibn Abi al-Dunya – who regarded all textures as conceited impediments to worship/meditation – most major religious traditions accepted that harmony and melody could be construed as tonal reflections of heavenly truths. As St John Chrysostom argued, a beautiful melody recalled the supreme beauty that is God; and, as the Sufis contended, harmonies could reflect the harmony of the heavenly spheres, or that between God and man, or even that of a soul at peace. As such, each was regarded as a suitable companion to words of praise and thanksgiving and an important means of fostering a mystical affinity with the divine.

But problems arose when the development of harmony or melody was treated as an end in itself. Take European polyphony, for instance. This grew out of attempts to harmonise the Gregorian chant from the late tenth century onwards. At first, it simply involved adding additional voices, either above or below the melody, and served to accentuate aspects of the text more forcefully. By the mid-13th century, however, composers were starting to introduce additional melodies, some of which were taken from secular pieces. Quite apart from the inappropriateness of bringing profane influences to bear on liturgical music, the increasing complexity of the harmonies often made words hard to hear and the inevitable dissonances seemed almost to mock the divine. While some popes tolerated this – perhaps because they, like the young Augustine, were easily seduced by elegant music – others were appalled. It was, they believed, nothing more than vanity.

Far from aiding worship, it pandered only to the worldly appetites. In the bull Docta sanctorum patrum (1324), John XXII, therefore, banned polyphonic pieces from the Divine Office and the Mass. This was, admittedly, more honoured in the breach than in the observance. Over the next two centuries, polyphony became steadily more sophisticated, reaching its culmination in the works of the 16th-century composers Orlando di Lasso and Giovanni Pierluigi da Palestrina. But after the Council of Trent (1545-63) – which set out to correct some of the excesses of the Church – a determined effort was at last made to replace it with homophony, which consisted of a single melody supported by accompanying chords for the express purpose of emphasising particular words or phrases.

As the vigour of religious debate reveals, however, it was often hard to know where to draw the line. All too easily, devilish voices could be mistaken for angelic choirs. This could be agonising for one as devout as Augustine, but it was from such uncertainty that some of the world’s most beloved music sprang; and for that, perhaps today’s more secular age should be thankful.

Alexander Lee is a fellow in the Centre for the Study of  the Renaissance at the University of Warwick and author of The Ugly Renaissance (Arrow, 2015). 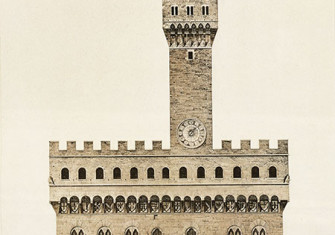