In Renaissance Florence, church and civic bells frequently rang out across the city’s crowded soundscape. Their calls were far from impartial. 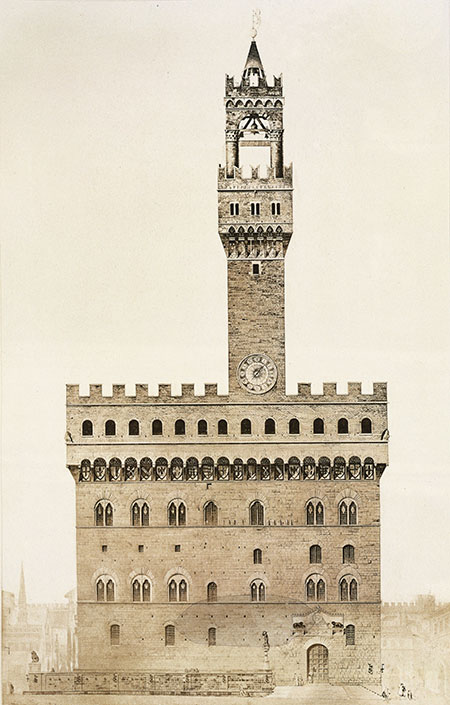 The Florentine poet Antonio Pucci (c.1310-88) was fond of saying that cities were made of sound. In his Zibaldone, a rather eccentric collection of stories and anecdotes, he explained this idea using the myth of Thebes’ musical origins. Taking some liberties with his classical sources, Pucci related that:

Amphion was the son of Jove and the husband of Niobe and builder of … Thebes. He was very skilled and … with the help of the sciences, he organised and made that city. He relied especially on the science of music, because he and his wife played and sang so sweetly that, according to the poets, the stones moved of their own accord and stacked themselves one on top of the other. And in this way, he walled the city.

Pucci did not intend this to be taken literally. Even for a mythologically minded poet like him, it was too fanciful to be true. When the poets said that Amphion had walled Thebes with his music, Pucci claimed, they were actually celebrating the graceful voice with which he had persuaded the warlike Thebans to live together in peace. The sound of his words had welded them into a social whole and (metaphorically) ‘built’ the city. But this did not just apply to Amphion or to Thebes. Sound held all cities together. Wherever you happened to be, Pucci argued, the noises you heard would reflect and constitute the social relationships on which the city was based. Without noise, in fact, urban society simply would not exist.

This was especially true of Pucci’s native Florence. It could be a deafeningly noisy place. As Pucci explained in his poem La proprietà del Mercato Vecchio, the Old Market was particularly loud. From before dawn it was filled with the sound of stallholders hawking their wares, bargains being struck and arguments being started. In the streets nearby, maids could be heard singing to their lovers from windows, while children laughed as they played and carts rolled heavily through the dirt on their way from the countryside. Around every corner, tavern-goers could be heard toasting another day’s drinking with earthenware beakers and prostitutes calling seductively to passers-by. But every sound played a vital role in binding the social fabric together. In its own way, each served to establish socio-economic relationships and shape overlapping social groups, from families and workshops to partnerships and guilds.

Saved by the bell

Of all the sounds in Renaissance Florence, however, none played a more active role in constructing communities than the ringing of bells. The most ubiquitous were church bells. In Pucci’s day, there were more than a hundred churches in the city, each with its own bell tower. Throughout the day, sacristans would ring bells to mark the liturgical hours, to call the people to prayer, or to announce the beginning of Mass. The chimes gave structure to the sacramental day; but they also defined the parish community, by bringing local society together and providing a focal point for identity in an otherwise crowded and confusing city.

Yet the loudest – and most important – chimes came from the civic bells which hung in the towers of the Palazzo della Signoria and the Palazzo del Podestà. Unlike any church bells in tone and timbre, these could be rung in a number of different combinations. Some were used every day. At dawn each morning, the ‘Leone’, the largest civic bell, would ring six times, followed by the chimes of the ‘Podestà’, and the ‘Popolo’. Then, at around terce, the ‘Leone’ and the ‘Montanina’ would ring in concert to announce the opening of the courts. At dusk, the tolling of the ‘Leone’ and the ‘Podestà’ would bring the day to a close. Other chimes were less common. When the ‘Popolo’ was rung alone, it was usually a sign that all citizens were to assemble for a public parlamento, at which the most important decisions were made. More rarely, the Leone could be used either as a call to arms, or to proclaim victory.

In each case, however, their chimes served to marshal, structure and focus the political community. Transcending parochial and familial boundaries, they brought the citizen body together in the performance of everyday rituals and, more crucially, in defence of the commune. They were the heartbeat of republican life. Their origins were bound up with those of popular government itself. In the 11th century, political authority in Florence had been shared between two competing social groups: the urban nobility, and the popolo, the ‘people’, headed by the merchant guilds. At first, the magnates had tended to dominate. With their landed wealth and military might they had easily overawed their bourgeois rivals. But economic growth and the expansion of the guilds soon gave the popolo both the will and the means to claim a greater role. By exploiting magnate rivalries, they gradually asserted their control over the instruments of government. In 1250 they were at last able to rewrite the constitution in favour of the guilds. But the new ‘popular’ regime was still vulnerable. There was always a possibility that certain magnates might attempt to take the city by force. To guard against this, armed companies were set up in each of the 20 neighbourhoods and a civic bell capable of summoning the whole citizen body was ordered. When the Ordinances of Justice (1293) excluded the magnates from government once and for all, a second popular administration ordered the bell to be recast and commissioned another. In the wake of a noble conspiracy headed by Walter of Brienne some 50 years later, a third popular regime caused a bell tower to be added to the Palazzo della Signoria, so that the chimes could be heard on the other side of the River Arno.

As Florence’s first communal bell-ringer – and the son of a bell-founder – Pucci knew just how essential the civic bells were to the survival of republican government. But he was also aware that they divided the city as much as they united it. Though the city had been governed by a series of ‘popular’ regimes, participation in the deliberative process was, in practice, restricted to a narrow group of wealthy guild members (the popolo grasso) and, paradoxically, the civic bells served to accentuate this limitation on the size of the political community.  This was due partly to the people doing the ringing. Given that the bells could only be rung on the orders of the executive councils, they tended to reflect the interests of those whose financial clout gave them greatest influence over the guilds and hence over elections. This often served to push the concerns of the less well-to-do to the margins and to resist efforts to enfranchise poorer members of the so-called popolo minuto.

The rest is noise

But it was also a matter of how (in)audible the bells were, too. Since only those who could hear the chimes could answer their call, it followed that only those with access to quiet within a certain radius could be sure of taking part in public assemblies or in the defence of the city. This naturally excluded those living beyond the walls. But it also made it difficult for those who worked in noisy environments, too. Ironmongers, masons and carpenters, all of whom belonged to the ‘minor’ guilds, and had only limited access to elected office, would have found it hard at the best of times. For the thousands of unskilled labourers, who worked on building sites or in workshops on the far side of the city and who were denied membership of any guild, it would have been equally tough.

The exclusionary effects of the civic bells are evident in almost every political upheaval of the Florentine Renaissance, but, as Niall Atkinson has argued, they are perhaps best illustrated by the Ciompi Revolt of 1378. Aggrieved by years of unequal taxation, disenfranchised members of the popolo minuto, led by a group of wool carders (ciompi), petitioned for the right to form their own guilds and for a voice in government. When their demands were rejected, they rose in rebellion. Unable to use the civic bells to accomplish the reforms they sought, they had no choice but to rally their supporters by ringing the bells of parish churches, subverting the norms of the Florentine soundscape and creating a new kind of political community in the process. They then stormed the Palazzo della Signoria and elected a wool carder named Michele di Lando as the new chief magistrate. Their success was short-lived. A few days later, the Ciompi were smashed by the assembled might of bankers, merchants and artisans in a violent pitched battle. Their revolt was over and the bitter inequalities of the guild system, baptised by the sound of the civic bells, were consecrated as a permanent feature of Florentine political life.

It just went to show that, in Pucci’s Florence, it was often best not to ask which bells were chiming – or for whom.