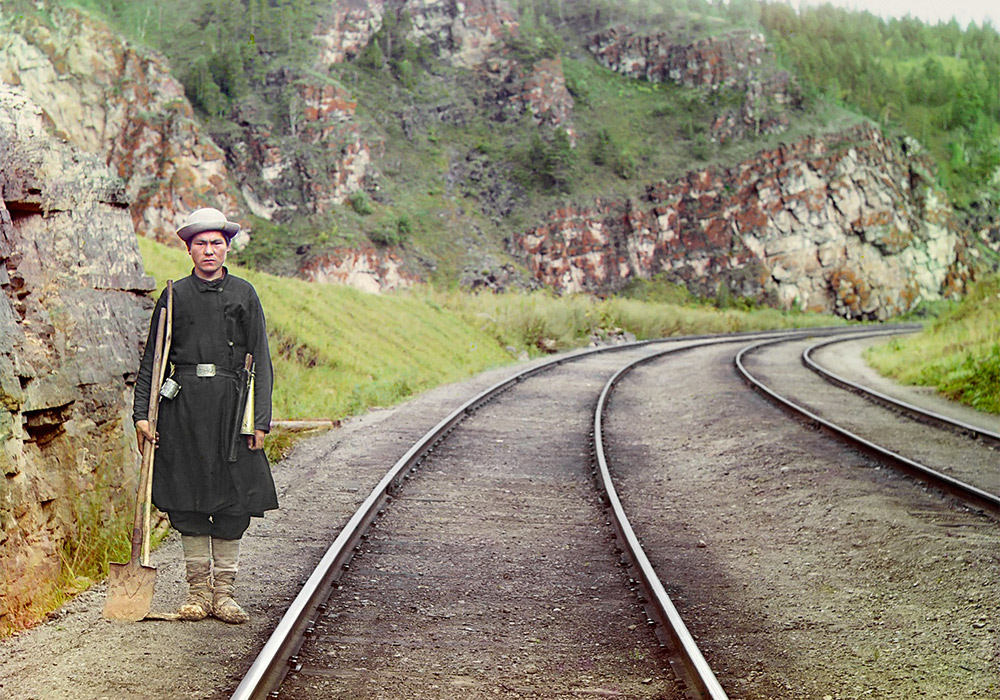 The world’s longest single railway journey, 5,772 miles (9289 km) from Moscow to Vladivostok by way of Nizhny Novgorod, Yekaterinburg, Omsk, Novosibirsk and Irkutsk, nowadays takes about a week. The Trans-Siberian was the most spectacular achievement of a period in which the Russian rail network grew from 1,000 miles in 1860 to 45,000 miles by 1917.

The project was officially announced by Tsar Alexander III in 1891 and the key figure was Count Sergei Witte, a Georgian of Dutch descent who had worked his way up by way of the railways. Starting by selling tickets, he rose to stationmaster, then into top management and then into the government as minister of transport. A forceful empire-building outsider, bent on the rapid industrialisation of Russia and distrusted by conservatives, he persuaded Alexander III to make his son and heir, the future Nicholas II , chairman of the Siberian Railway Committee, which had been set up to steam through the usual bureaucratic delays and obstacles. The appointment gave the project steady royal support and Witte a chairman he could wind round his finger.

Appointed finance minister in 1892, Witte paid for the railway by raising loans, increasing taxes and simply printing roubles. Construction proceeded so fast that track sections were not always properly surveyed and green timber was often used. An army of labourers had to be kept fed and supplied. A great deal of money vanished along the way, but the single-track line was completed across the endless steppes, over rivers and through forests and swamps in the teeth of extremes of temperature, permafrost in eastern Siberia and attacks by marauding bandits and occasional tigers.

Yaroslavl Station in Moscow was opened in 1902 and the first passenger trains ran from the summer of 1903, though a ferry was needed across Lake Baikal until the track round the southern edge of the lake was completed the following year, driven through thirty-three tunnels and over more than a hundred bridges and viaducts. The line assisted the settlement and development of western Siberia. In eastern Siberia, where convicts were brought in because there was an acute shortage of local labour, it was primarily intended to further Russia’s imperial ambitions in the Far East and the final stretches were built through Manchuria on land leased from the Chinese rather than on the longer Russian route along the Amur River. Troops were moved east by rail when the Russo-Japanese War broke out, but after the war the Amur line was built to provide a route entirely through Russian territory. It was finished in 1916.

The original train with its marble-tiled bathrooms, a grand piano in the music room, a library and a gym, as well as caviar and sturgeon in the first-class dining room, proceeded at a stately 20mph or so and took nearly four weeks for the journey. The third-class carriages with their cargoes of peasants were crammed and uncomfortable, and there were frequent delays because the line had been built too quickly. Passengers needed to develop a certain fatalistic patience and today the Lonely Planet guide compares the experience to ‘being on a sea voyage or having a beach holiday indoors’.