Mutiny in the Royal Navy at Spithead

In the middle of the Revolutionary Wars, British sailors mounted a large-scale mutiny on 15 April 1797. 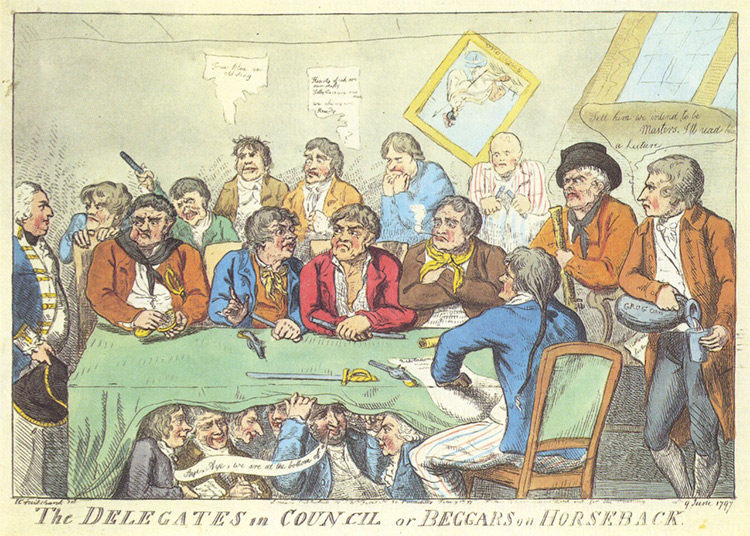 The outbreak in April 1797 of mutiny in Britain's Channel fleet based at Spithead, outside Portsmouth, triggered off a wave of disaffection in the Royal Navy that ranked as perhaps the most serious crisis of an annus horribilis for the British Government and William Pitt, engaged as they were in the middle of all-out war against Revolutionary France.