The Cudgel War broke out on 25 November 1596, in Kyrö, South Ostrobothnia.

Sweden was on a war footing in the late 16th century. Taxes fell disproportionally on the peasantry, who in Finland – then under Swedish dominion – had to accept the billeting of troops in their villages. Soldiers were allowed to plunder stocks of food and fodder.

Tensions were further inflamed by a dispute for the crown between Sigismund III and his uncle Duke Charles, later Charles IX. In the autumn of 1596 a delegation of peasants petitioned Charles, who saw an opportunity to undermine the king’s marshal in Finland, Klaus Fleming. ‘There are … so many of you that you ought to be able to shake [the soldiers] off’, Charles said, ‘even if armed only with fence posts and clubs.’

The Club War – also known as the Cudgel War – broke out soon after, on 25 November in Kyrö, South Ostrobothnia. The houses of the local gentry were looted. Some were burnt to the ground. In others, the rafters were cut through so that they collapsed on their owners when they returned. The heads of slaughtered cattle were placed in the windows, their throats gaping and grinning to heighten the horror.

The peasants planned to march south to Åbo Castle in Turku, Fleming’s headquarters. They would tear it down, they said, ‘not so much with their hands as with their teeth’. In one village, some of Fleming’s men were captured and taken to a frozen river. There they were pushed under the ice with poles and pikes until they drowned, their heads battered with buckets as they surfaced for air. The rebellion was finally crushed at the end of February 1597 at the Battle of Santavuori. Atrocities were widespread. In Padasjoki, 400 peasants persuaded to lay down their weapons were massacred. Elsewhere, peasants were tied in bundles of 12 and drowned beneath the ice. Some 3,000 peasants died out of a total Finnish population of 200,000.

Fleming took one group of prisoners to a house. They were made to pull apart a brick fireplace with their teeth – or smash their mouths trying. ‘You boasted you’d demolish Åbo Castle this way’, he told them. ‘But you can’t even do this.’ 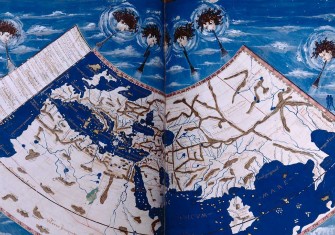