The Death of Martin Luther King

The civil rights leader was shot dead on the balcony of the Lorraine Motel on April 4th, 1968. 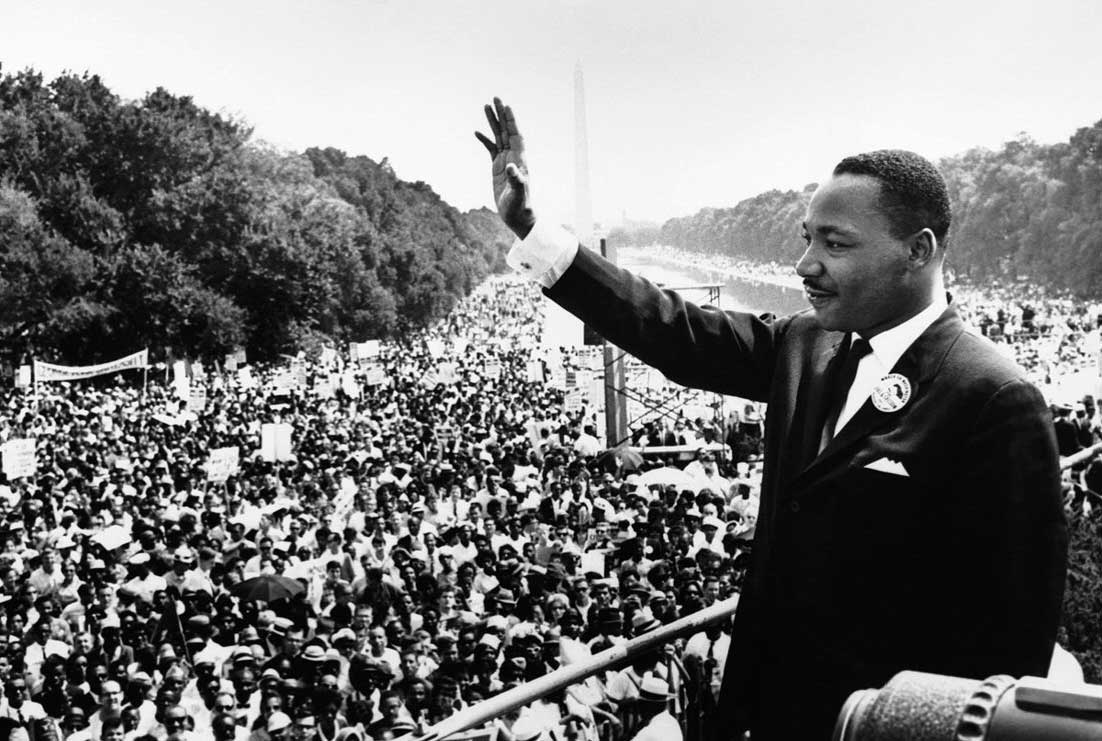 In a country with a history of great oratory Martin Luther King stands high. His spellbinding ‘I Have a Dream’ speech to a huge crowd in Washington DC in 1963 was admired all over the world. He had first come to public attention as an inspiring leader during the Alabama bus boycott which began in 1955, when he was twenty-six. From Georgia originally, he was pastor of the Dexter Avenue Baptist Church in Montgomery, Alabama, and both his father and his maternal grandfather were Baptist ministers.

In 1964 King won the Nobel Peace prize and as the decade drew on he widened his concerns to include the problem of poverty, among whites as well as blacks, and opposition to the Vietnam War. In 1967 he announced the founding of the Poor People’s Campaign to press the federal government into more effective action against poverty. In an essay not published until long after his death he maintained that the civil rights movement was compelling America ‘to face all its interrelated flaws – racism, poverty, militarism and materialism’. Meanwhile black militants, angered by what they considered slow progress, were turning away from him and his principle of non-violence.

In the early months of 1968 King visited Memphis, Tennessee several times to support a strike by the city’s black sanitation workers. Leading a protest march there in March, he was horrified when some of the marchers began smashing windows and looting shops. King was deeply depressed by the violence. Later, speaking at a meeting in Memphis on April 3rd about death-threats made against him, he said, ‘Like anybody I would like to live a long life. Longevity has its place. But I’m not concerned about that now. I just want to do God’s will. And He’s allowed me to go up to the mountain. And I’ve looked over and I’ve seen the promised land. I may not get there with you, but I want you to know tonight, that we, as a people, will get to the promised land. ’

King and some of his friends spent that night at the Lorraine Motel in Memphis and at about six the following evening he was standing on the balcony outside his second-floor room with a friend called Billy Kyles, waiting to go out to eat. Kyles turned to go downstairs where a limousine was waiting when there was a bang like a car back-firing. It was a rifle shot, apparently fired from the window of a rooming house across the street, and King fell to the floor of the balcony, mortally wounded. Another friend, Ralph Abernathy, who was in the motel room, rushed out onto the balcony, saw King lying there with a gaping wound in the head and said, ‘Martin, Martin, this is Ralph. Do you hear me? This is Ralph.’ King’s lips moved, but he was unable to speak. An ambulance was summoned, but King died before it arrived. He was thirty-nine years old.

Mahalia Jackson sang King’s favourite hymn, ‘Take my hand, precious Lord’, at his funeral in Atlanta, Georgia. Meanwhile, riots had exploded in Washington DC and other cities at the news of the assassination as blacks went on the rampage, burning and looting. It took thousands of troops to restore order and King himself would have been deeply saddened. Conspiracy theories about the murder have flourished ever since, but at the time the killer was identified as a white minor criminal from Tennessee named James Earl Ray. He ran away to England, but was arrested in London and extradited back to Memphis where, tried in 1969, he pleaded guilty to the murder and was given a ninety-nine year prison sentence. He later protested his innocence, but few believed him and he died in prison at the age of seventy in 1998. 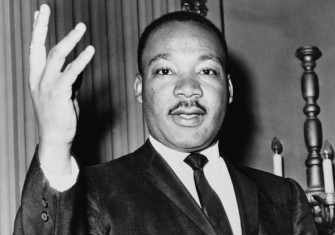 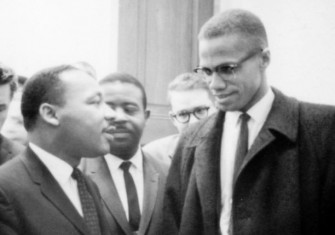