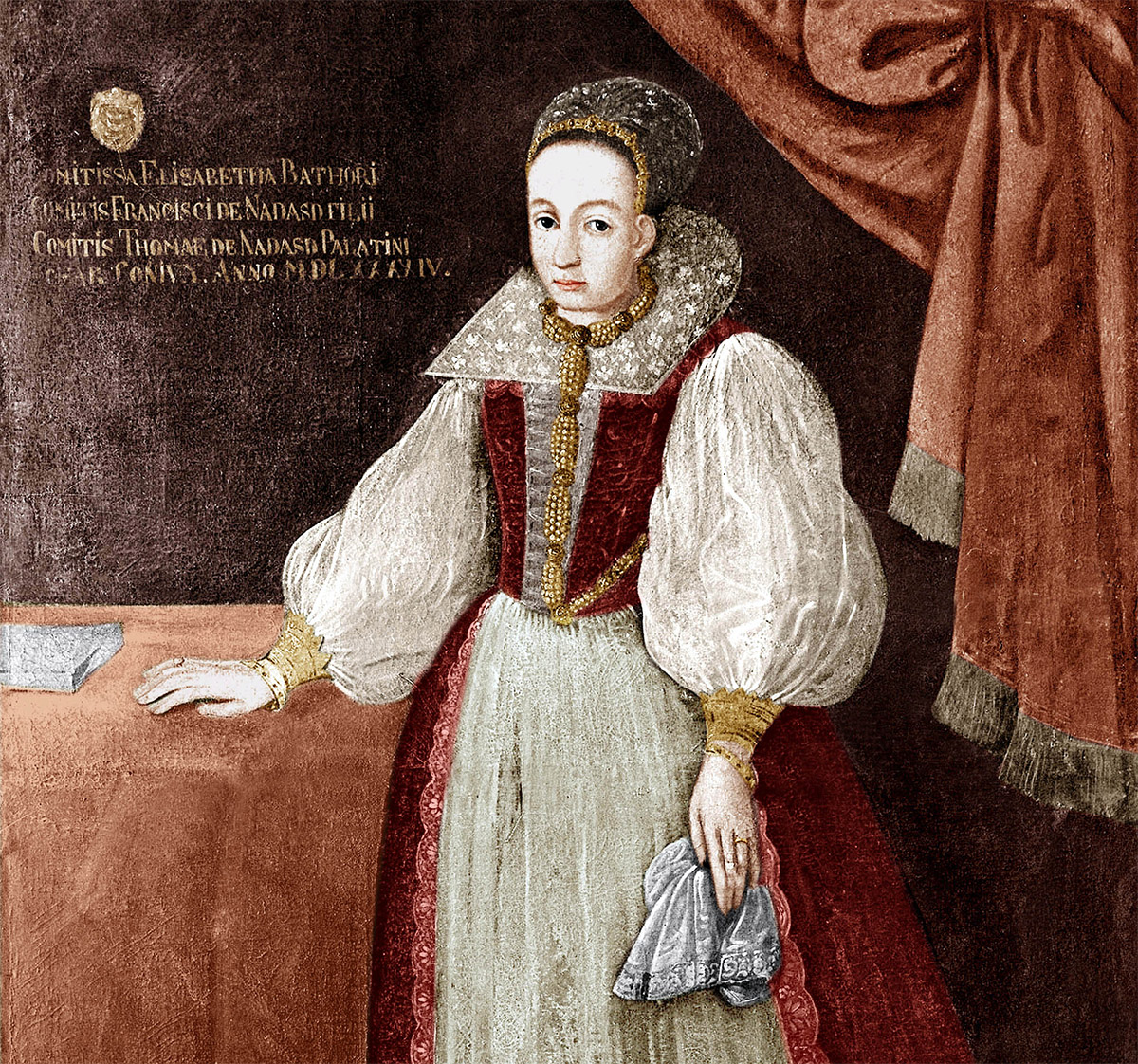 She has been described as the most vicious female serial killer in all recorded history. Where fact ends and fiction begins in her horrible story is now impossible to determine, but in her fame as a legendary vampire she is outrivalled only by Count Dracula. Born in 1560, she was endowed with looks, wealth, an excellent education and a stellar social position as one of the Bathory family, who ruled Transylvania as a virtually independent principality within the kingdom of Hungary.

When she was 11 or 12 Elizabeth was betrothed to Ferenc Nádasdy of another aristocratic Hungarian family, but a year or two later she had a baby by a lower-order lover. Nádasdy was reported to have had him castrated and then torn to pieces by dogs. The child, a daughter, was quietly hidden from view and Elizabeth and Nádasdy were married in 1575 when she was 14. Because Elizabeth socially outranked her husband, she kept the surname Bathory, which he added to his own. The young  couple lived in the Nádasdy castles in Hungary at Sárvár and Csetje (now in Slovakia), but Ferenc was an ambitious soldier and was often away. Elizabeth ran the estates, took various lovers and bore her husband four children. She was 43 when he died in 1604.

Word was beginning to spread about her sadistic activities. It was said that she enjoyed torturing and killing young girls. At first they were servants at her castles, daughters of the local peasants, but later they included girls sent to her by local gentry families to learn good manners. She believed that drinking the blood of young girls would preserve her youthfulness and her looks. Witnesses told of her stabbing victims or biting their breasts, hands, faces and arms, cutting them with scissors, sticking needles into their lips or burning them with red-hot irons, coins or keys. Some were beaten to death and some were starved. The story that Elizabeth used to bathe in their blood seems to have been added later on.

A Lutheran minister went to the Hungarian authorities, who eventually began an investigation in 1610. In December of that year Elizabeth was arrested and so were four of her favourite servants and intimates, who were accused of being her accomplices. They were tried and found guilty. Three of them were executed and the fourth was sentenced to life imprisonment.

Elizabeth herself was not put on trial, because of her family’s standing, but she was shut up in Csetje Castle, held in solitary confinement in a room whose windows were walled up. She was 54 when she died there in 1614.