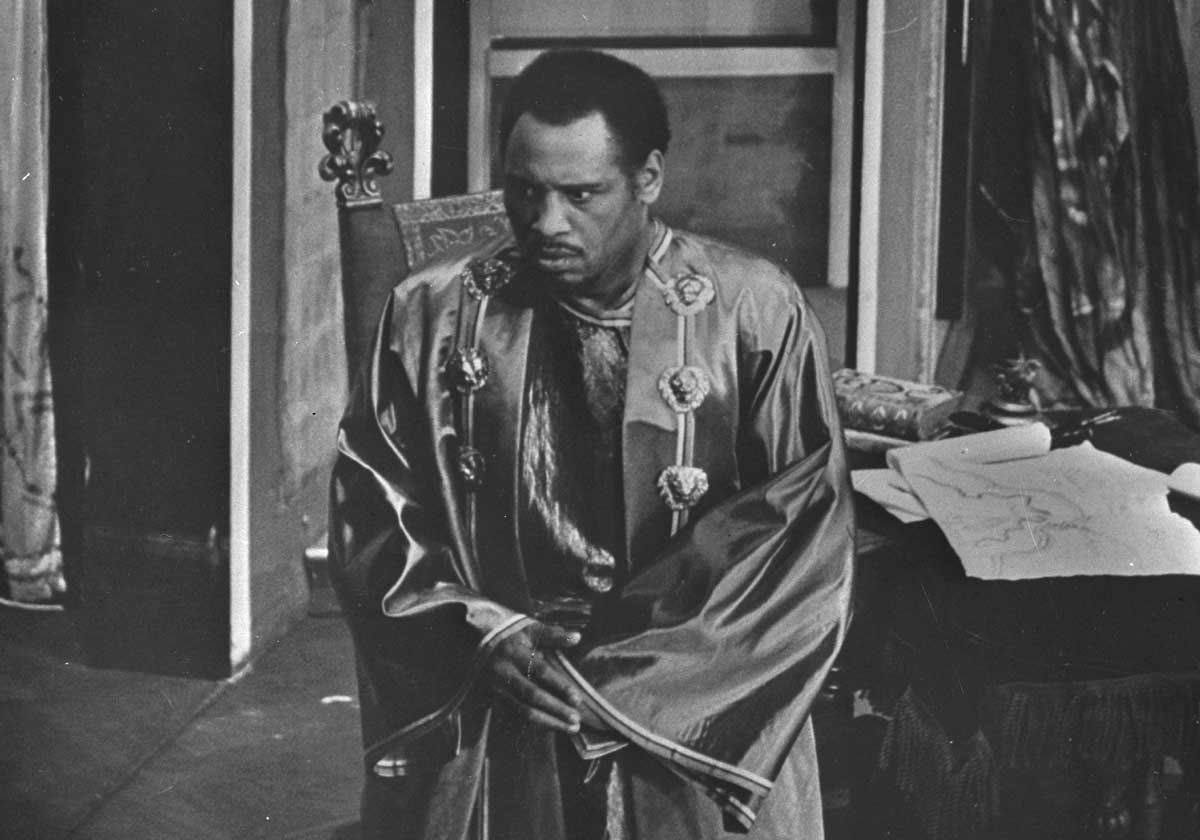 Robeson was the name of a white, slave-owning family in North Carolina before the American Civil War. Their Black slaves took the same surname and among them was William Drew Robeson, who ran away from the plantation, fought for the North in the Civil War and later became a Presbyterian minister and subsequently a pastor in the African Methodist Episcopal Zion Church. He married a Quaker schoolteacher, Maria Louisa Bustill of Philadelphia, of mixed Black, American Indian and white Quaker descent. The Robesons were an upwardly mobile family and their three older sons were to have careers as a doctor, a businessman and a minister. Their youngest child, Paul Leroy Robeson, born in the parsonage of his father’s Witherspoon Street Church in Princeton, New Jersey, on April 9th, 1898, was to win worldwide fame as singer, actor and Black American icon.

Paul Robeson could never remember his mother, who died when he was five. A likeable attractive child, he was the pet of his father’s congregation. At Rutgers University, where he was the only Black student on the campus, he was a popular figure and a crack athlete and football player. He studied law before going on stage when he was twenty-four, encouraged by his spirited young wife, Essie (Eslanda), who was of mixed Black and Spanish-Jewish heritage. Three years later, in 1925, he gave his first concert, singing spirituals.

Multi-talented and strikingly handsome, six feet three inches tall, impressively muscled and of imposing presence, Robeson had a magnificent bass-baritone voice and made a powerful impression in Black parts in stage plays and musicals, his best-remembered triumphs being his classic rendition of ‘Ol’ Man River’ in the Jerome Kern musical Show Boat in 1928 and his appearance in the title role in Othello, in London (1930) and New York (1943). The first Black actor ever to play the part in an otherwise white cast, he won rave notices on both sides of the Atlantic, and the Broadway production, which opened with considerable misgivings about a Black Othello with a white Desdemona, scored a record run for a Shakespeare play. Robeson appeared in films including Sanders of the River, King Solomon’s Mines and Show Boat, but was disgusted with the cinema’s Black stereotypes.

Giving numerous concerts in the United States, Britain and Europe, singing spirituals and folk songs, in which ‘Ol’ Man River’ was usually the showpiece, Robeson also made many records and radio broadcasts. By the 1930s he was internationally famous, but not all Black Americans were comfortable with the spiritual as the hallmark of their culture or with the actor’s association with downtrodden Black parts on stage and screen. Encouraged by his wife, who apparently regarded him fundamentally as a lovable if frequently tiresome child, he became a vocal supporter of Black civil rights, refused to sing before segregated audiences and spoke out against segregation in the South. Unfortunately for his influence in America, he was also a socialist and an outspoken admirer of Soviet Russia, which he visited frequently. ‘In the Soviet Union,’ he said, ‘I for the first time walked the earth in complete human dignity, a dignity denied me... in my native land.’ He spoke fluent Russian and was a well-known figure in Moscow. He was also well-known in British left-wing circles and to young, up-and-coming African politicians like Jomo Kenyatta and Kwame Nkrumah.

After the Second World War Robeson found himself in hot water with the State Department and committees of Congress for his Communist sympathies. The award of the Stalin Peace Prize in 1952 did nothing to reconcile him to conservative circles in his homeland or for that matter to many Black civil rights leaders who disliked his left-wing sympathies and pro-Soviet stance. His career suffered badly and stuttered to a halt, while the civil rights movement in the United States took wing without him. Essie died in 1965 and Robeson spent his last years quietly with his sister in Philadelphia, where he died in hospital of cerebral vascular disorders in 1976, aged seventy seven. Jet magazine subsequently listed him among 200 Black Americans whose actions had ‘helped make the United States what it is today’.