The Birth of Amerigo Vespucci

The ‘most controversial character in the history of discovery’ was born on March 9th, 1454. 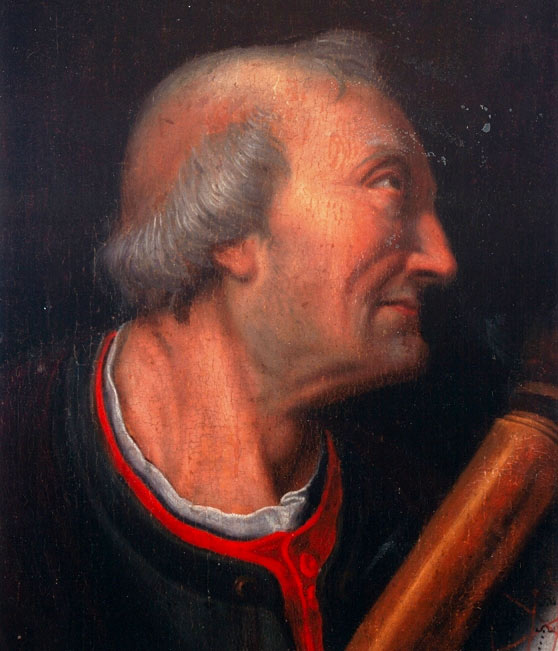 America was named by mistake. The claim that Amerigo Vespucci 'discovered' the mainland of the New World before Columbus has long been discredited and even the traditional date of his birth, March 9th, was possibly that of someone else of the same name, born in a different year. The American maritime historian Samuel Eliot Morison called Vespucci ‘the most controversial character in the history of discovery’, variously considered a bold explorer or a conceited liar. He came from a well-connected family in Florence, the son of a notary named Nastagio Vespucci, and his relatives included the beautiful Simonetta Vespucci, Botticelli’s model for Venus. By the time he was in his mid-30s he was working for the Medici bank. In the early 1490s he was in Seville as assistant to Giannotto Berardi, who looked after Medici business interests in Spain. Berardi knew Christopher Columbus and helped finance him, and Columbus and Vespucci became friends.

In 1492 Columbus sailed the ocean blue to the West Indies, and returned there the following year. In 1497 John Cabot crossed the North Atlantic from Bristol and landed somewhere, perhaps on Newfoundland. In 1498 Columbus discovered the mainland of South America at the mouth of the Orinoco in Venezuela, which he thought might be the earthly paradise. A Spanish expedition under Alonso de Ojeda left in 1499 to explore the Venezuelan coast and in 1500 a squadron of Portuguese ships bound for the Indian Ocean under Pedro Alvares Cabral steered far to the west in the Atlantic and bumped into Brazil.

Vespucci had meanwhile succeeded Berardi on the latter’s death in 1495 and at some point he started to go adventuring himself. In 1503 or 1504 he claimed – or somebody using his name did – that in 1497 he had sailed to the mainland of the New World, before Columbus, and discovered Brazil. It is now considered certain that Vespucci never left Spain in 1497 and that the earliest he could have gone to the New World was in 1499, when he supposedly joined Ojeda’s voyage to Venezuela. Cynics doubt his account of that as well.

Vespucci did make a voyage to Brazil in Portuguese service, which left Lisbon in 1501 and may have discovered the River Plate and explored the Patagonian coast, and he may have made another voyage from Lisbon two years later, but his accounts of his exploits are vague and confusing. His Mundus Novus (‘The New World’) was probably first printed in Florence in 1503 or 1504, with a German edition in 1504. Its lurid portrayal of the natives of South America as comely, naked, promiscuous cannibals aroused fascinated interest. An anarchic lot, they had no kings, laws or regular meal times: they ate when they felt like it. The geographer Martin Waldseemüller was so impressed that he coined the name America in honour of Vespucci on a map in 1507. He later decided he was wrong and that the credit for discovering the New World really belonged to Columbus. He removed the name America from his map of 1513, but too late. It had caught on and suggested alternatives like Atlantis and Columbiana never displaced it.

Vespucci had somehow remained on friendly terms with Columbus and in 1505 he was living in Columbus’s household in Seville. Columbus thought him ‘a most honourable man, very desirous of pleasing me.’ Columbus died in 1506, before the Waldseemüller map came out, and two years later Vespucci, who claimed to be the world’s most skilful sea captain, was appointed chief navigator to the Casa de Contratacion, which controlled the Spanish New World trade. He was probably 58 when he died in Seville in 1512.

An engaging footnote to his story is that the chief customs official at Bristol, who greeted John Cabot when he returned there from his voyage of 1497, was called Richard a Meyric. Bristolians like to think that America was really named after him. 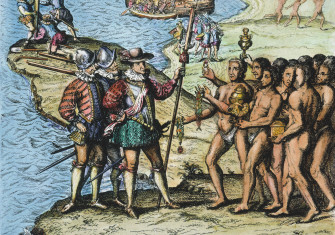 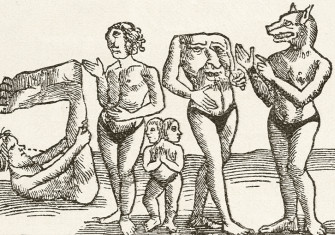