The Holy Roman Empire won a decisive battle on 24 April 1547. 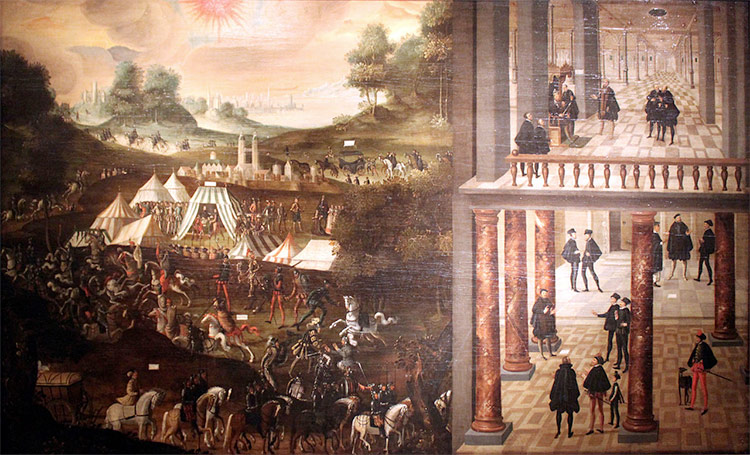 The victory of Charles V outside Leipzig at Mühlberg over the forces of his rebellious Protestant princes marked a high point for the Habsburg emperor in his life-long attempt to maintain his authority in Germany as a loyal Catholic ruler in the face of the divisions and challenges that the Reformation posed to his authority.

Ever since his pronouncement at the Diet of Worms in 1521 in favour of the Roman Catholic Church, and against the challenge of Martin Luther, Charles had struggled to retain the allegiance of, and control over, those German princes who for varying reasons adopted the Protestant faith of Luther and other Reformers. The formal powers of the Holy Roman Emperor (as Charles was) over his German territories, a patchwork of imperial cities dukedoms, ecclesiastical ministates and princely domains, had always been contested and ambiguous -- now religious division offered another potential challenge to the status quo.

Charles had pursued a policy in the 1530s and early 1540s of trying to resolve the divisions in the Church peacefully, and bring the Protestants back to the allegiance of Rome (see February's Freeze Frame on Melanchthon). Apart from a sacred duty as the titular secular head of Christendom to promote unity and concord, Charles desperately needed a resolution of tensions in Germany so as to attend to problems in other Habsburg territories in and outside Europe where he faced challenges from the king of France and the Turk. But with the breakdown of attempts at reconciliation and the summoning of the Council of Trent marking a new mood of self-confidence and fightbacks within the Catholic Church Charles opted for a more aggressive policy, designed to settle the Protestant challenge by force of arms. He was helped by victories over Francis I (which led the French king to agree to desist from supporting the German Protestants), by better relations with Pope Paul III, who promised him money and troops, and by the psychological impact of the death in February 1546 of Martin Luther at a time when Protestants were increasingly divided among themselves over the future direction of the Reformation.

Charles took the initiative in July 1546 by outlawing two of the leading members of the Schmalkaldic League of German Protestant princes, Philip of Hesse (whose bigamous marriage had already caused embarrassment to Luther) and the Elector of Saxony, John Frederick, and placing them under the Ban of the Empire. Supporting Maurice, a rival claimant to the Saxon territories Charles' outnumbered German forces had to face a pre-emptive strike from the forces of the Schmalkaldic League, who were in a strong strategic position at the beginning of 1547 to block, via their control of the Danube and incursions into the Tyrol, the papal reinforcements that the emperor's troops were awaiting from Italy.

But the pope's troops got through and joined up with the Imperial forces and gave battle on April 24th, to the German Protestant army at Mühlberg. Both armies were relatively modest in size - around 10,000 on each side - but the outcome of the brief battle was decisive; Charles V's troops took light casualties - less than a hundred dead - while the Schmalkaldic League suffered far worse losses, and crucially both Philip of Hesse and John Frederick of Saxony were captured.

In the wake of this victory, Charles was unusually decisive and ruthless - John Frederick of Saxony was tried and sentenced to death (though this was commuted to life imprisonment) and stripped of his territories in favour of his rival, Maurice. Imperial forces conducted a mopping-up campaign against rebellious Protestant cities, so that by June 1548, the rebel princes were forced to accept an agreement with Charles V at the Diet of Augsburg that attempted to restore the Mass and the traditional pre-Reformation settlement throughout Germany - with only married clergy and Communion in two kinds as a sop to Protestant sentiment.

Charles V seemed now at the apex of his power with all his main long-standing rivals - Luther, Henry VIII and Francis of France - now dead. The painter Titian portrayed Habsburg rulers in martial guise in a famous portrait echoing the iconography of victorious Roman emperors. But this triumph was not to last. The attempt to return Germany to the Catholic fold unravelled in the face of popular resistance, a renewed challenge, to Charles from the new French king, Henri II and the betrayal of the emperor by his one-time protege, Maurice of Saxony, who teamed up with France to challenge him.

Military reversals in Germany forced Charles to release the two imprisoned German Protestant princes, and promise religious toleration again to the subjects in their lands. Under attack in the East from the Turk, Charles was forced to seek compromise at the 1555 Diet of Augsburg, which established the principle that each prince in Germany could choose the religion of his own territory. Coexistence was what a weary and ageing emperor had to settle for - a disappointment that may have assisted his decision the following year to abdicate from titles which had made him the greatest ruler in Christendom. 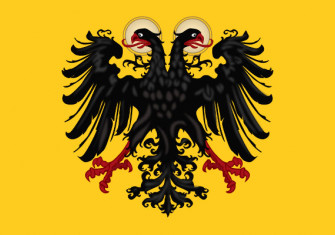 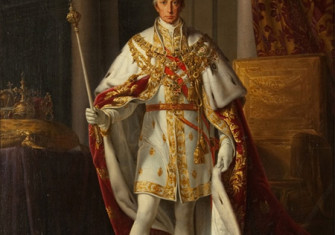 The End of the Holy Roman Empire