The only British Prime Minister to be murdered whilst in office was shot dead on 11 May 1812. 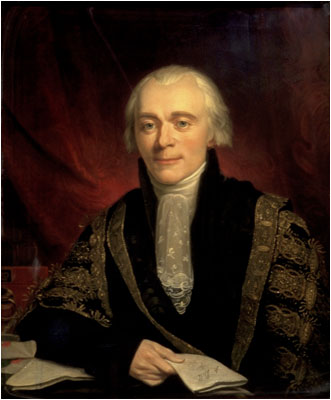 All that is generally remembered about Spencer Perceval is that he was the only British prime minister ever to be assassinated. By all accounts he was a thoroughly decent, honourable and competent man, but he was cut off in his prime and failed to make any lasting mark. A lawyer, born in London, the younger son of an aristocratic family and educated at Harrow and Cambridge, he became an MP in his thirties in 1796. He was a Tory and a strong supporter of Pitt the Younger and the war against Napoleon. After being solicitor general and attorney general he was appointed chancellor of the exchequer under the Duke of Portland in 1807 following Pitt’s death and became premier himself in 1809.

In his book The Assassination of the Prime Minister David Hanrahan gives a vividly detailed account of that sunny Monday afternoon in May when at about a quarter past five the 49-year-old Spencer Perceval entered the lobby of the House of Commons on his way into the chamber. A man who had been sitting quietly by the fireplace stood up, walked towards the prime minister, took a pistol out of his overcoat and fired it at Perceval, hitting him in the chest. The prime minister staggered and fell, crying out ‘I am murdered!’

There were naturally moments of complete astonishment as the man who had fired the shot walked back to the fireplace and sat down again. He made no attempt to get away as an MP called William Smith (future grandfather of Florence Nightingale) and several others carried the stricken Perceval to the Speaker’s apartments, where they sat him on a table, holding him up. He said nothing more and uttered only a few sounds that Smith described as ‘convulsive sobs’. By the time a doctor arrived Perceval was dead. The pistol ball had struck him in the ribs.

In the lobby meanwhile the murderer was seized and his pistol was taken from him. It turned out that it had been hidden in a specially made pocket in his overcoat. He seemed to be having difficulty breathing and sweat was pouring down his face. A journalist on the scene now remembered seeing him frequently in the visitors’ gallery of the House of Commons asking the identities of members who were speaking, including Cabinet ministers. The man said his name was John Bellingham and he was discovered to have another pistol on him, which was primed and loaded.

After some anxiety about whether Bellingham had accomplices with him who might try to rescue him, on the directions of the Speaker he was taken to the Serjeant at Arms’ quarters to be questioned. He remained surprisingly cool and collected and admitted the killing, but said: ‘I have been denied the redress of my grievances by government; I have been ill-treated. They all know who I am and what I am … I am a most unfortunate man and feel here … sufficient justification for what I have done.’

News of what had happened spread swiftly beyond the Palace of Westminster and there were fears that the murder might set off outbreaks of violence among the lower orders, many of whom were angry about the serious condition of the economy and the war with France. By about eight o’clock, when a coach arrived to take Bellingham to Newgate Prison, a mob had gathered outside and some of them tried to rescue him and had to be forced back by Life Guards. It was not until about midnight that a coach escorted by troops took him to Newgate, where he was put in irons and shut in a cell which was guarded all night. He soon nodded off and spent the rest of the night peacefully asleep.

Perceval left a devoted wife and 12 children. Though he was not remotely the equal of Pitt, one of his political opponents said of him: ‘He is not a ship of the line, but he carries many guns, is tight-built, and is out in all weathers.’ He was buried on May 16th and the Commons voted him a monument in Westminster Abbey and a substantial grant to his wife and family.

John Bellingham was a businessman in his forties, who in 1804 had been falsely imprisoned for debt in Russia. The British embassy would not help him and when he was released in 1809 he returned to England seeking compensation from the British government, which kept turning him down. His sense of grievance mounted to the point where he decided to kill the prime minister. He was tried at the Old Bailey, his lawyer’s plea of insanity was not accepted and he was found guilty. He was hanged at Newgate on May 18th, two days after his victim’s funeral. 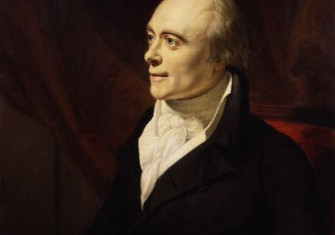 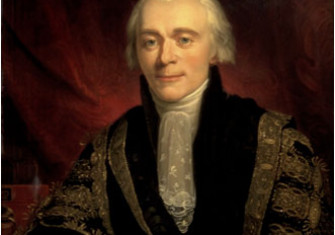 ‘Little P’: the Life and Times of Spencer Perceval