Politics should be informed not just by history but by historians, argues Suzannah Lipscomb. 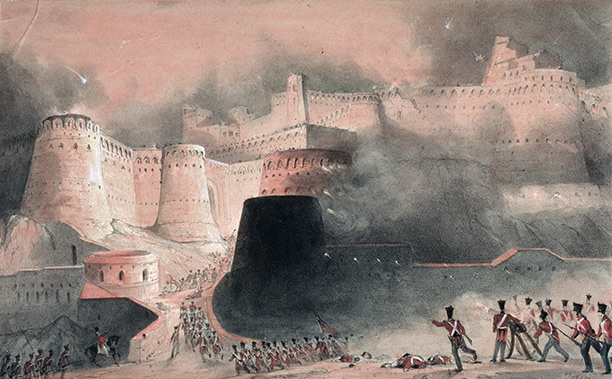 When it comes to matters of war and foreign policy people run, quite rightly, for their history books. The debate last summer about intervening in Assad's Syria, for example, prompted Andrew Roberts in the Daily Mail  to castigate Britain for its ‘hideous, amoral selfishness’ and point out that the only other leaders since 1925 to have used chemical weapons were Adolf Hitler, Benito Mussolini and Saddam Hussein. Other commentators compared the West's reluctance to intervene in Syria with the slow response to the Rwandan genocide of 1994, John Kerry equated it with the Holocaust and those on the other side of the argument warned of the dangers of intervening by alluding to Vietnam, Iraq and Afghanistan.

In turn, each of these historical moments was, at the time, a contested site for historical analogy. In 2009 Simon Jenkins compared the war in Afghanistan to ‘Vietnam for slow learners’; in 2003 others had made the same comparison with Iraq, while Vietnam was fought over by generals seeking to avoid the Korean war.

At any moment of foreign policy crisis it seems that every commentator has a historical comparison to make. All rue our inability to learn the lessons of the past and yet precious little good seems to come from any historical inference.

Can we, for the sake of public policy and present-day politics, really learn from studying the past? George Santayana’s oft-quoted phrase – ‘Those who cannot remember the past are condemned to repeat it’ – certainly chides those who fail to do so. Previous historians have been confident of the ability to grow wise through the application of historical study. Lord Acton asserted in 1895 that ‘the knowledge of the past, the record of truths revealed by experience, is eminently practical, as an instrument of action and a power that goes to making the future’. Acton wrote in a pre-postmodern time, when the facts of the past seemed recognisable. More recently Simon Schama has noted the sacramental role of historians in ‘ministering to a culture terrified of the fragility of the contemporary and seeking in chronicle an inverted form of augury’.

What can one learn when the lessons of history seem so contradictory and confusing? How can one find guidance from the past when history is brandished as a weapon and when the events of today are so easily conflated with what is past? Is the trotting out of history in these instances not ultimately pointless and absurd?

The trouble is that we are considering the wrong question. Rather than question what we can learn from studying the past, we must ask: how can we learn from it? What we read in the media and hear from the mouths of politicians are historical facts being bandied about, glibly dropped into conversation and print without sufficient analysis. Historical ‘facts’ alone can be used, as Margaret Macmillan has argued, to support any position one wishes to take. Yet history is not just a chronicle of past events; it is also a practice.

The practice of history requires rigorous and transparent research methods. It entails putting aside bias as far as possible and critically analysing sources. It involves examining all possible evidence, including uncomfortable and awkward examples that do not fit one’s own agenda or interpretation.

When it comes to comparing the past with the present, this method demands that we do not substitute the richness and complexity of previous times for easy sweeping generalisations. We must focus just as much on differences as on similarities and refuse the oversimplification of depicting the past and the present in absolutes of black and white. Any lessons we think we might learn from history must be subject to the same rigorous, critical treatment as any other assertion we make about the past.

In short, if history is to be used as any sort of guide to the future and deployed in public policy, it must be tested and tried through the historical method. We must not just consult history books for pertinent facts and exemplar, but must think historically. As James J. Sheehan, former President of the American Historical Association, has put it, without this ‘what we extract from history will not be grains of wisdom but the fool’s gold too often offered as precious lessons from the past’. It may be that what every political discussion and debate needs is not just historical allusion, but historians.