Understanding the emotional lives of people in the past is one of the most difficult challenges facing the historian, argues Suzannah Lipscomb. 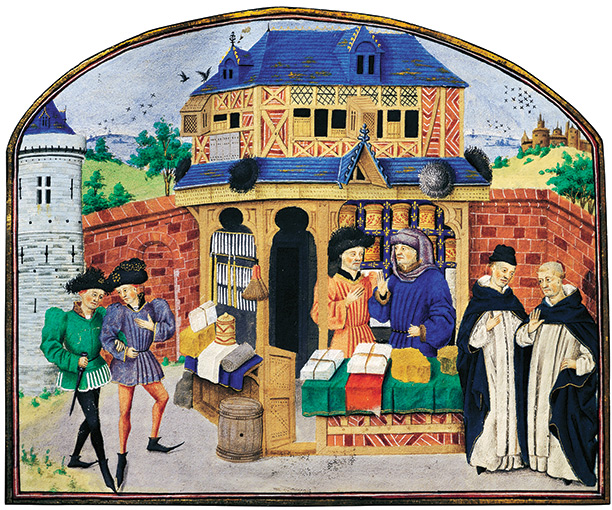 When I worked at Hampton Court Palace one of the questions that visitors often asked was: ‘How did Henry VIII feel when …?’ For the historian, it is a difficult question to answer; it is fantastically hard to chart a history of feelings and to access the emotions of people in the past.

Yet it is not impossible. As with all history, the tightrope to be walked is between the mystery and the familiarity of the past. Back in the 1960s the French historian Philippe Ariès claimed that modern concepts of childhood and family sentiment did not exist in the medieval period. Through examining changing vocabulary, family portraiture, toys, dress and education patterns, Ariès concluded, in the face of devastatingly high infant mortality rates, that late medieval parents didn’t feel as we would do and instead experienced inured indifference in the face of the deaths of their children because ‘too many of them died’. This indifference, he argued, ‘was a direct and inevitable consequence of the demography of the period’; ‘nothing about this callousness … should surprise us: it was only natural in the community conditions of the time’.

Historians have since used letters, diaries and other personal documents to demonstrate that parents did, in fact, feel great sadness in the face of their children’s deaths, but Ariès’ work carries an important and salutary reminder that we should not just assume that people in the past felt as we do. Yet sometimes I find myself in a battle between myself as a scholar – knowing that thoughts, beliefs and feelings in the past must have been culturally conditioned and historically variable – and myself as a friend, lover, daughter, recognising what looks like a similar emotion in the affective life of people of the past.

Following BBC Radio 4’s broadcast in April of Five Hundred Years of Friendship, presented by Thomas Dixon, I have been thinking in particular about the historical nature of friendship.

Friendship was a preoccupation of the period I study, the Renaissance. The intelligentsia of the period looked back to ancient models of companionship, as charted by Aristotle and Cicero, and wrote their own odes to true friendship. As Susan Brigden noted in her award-winning book on Sir Thomas Wyatt, The Heart's Forest (2012), poets of the Henrician court often wrote of friendship. At court it meant, above all, honesty; the false friend was a flatterer. It also meant constancy and fidelity in the face of temptations to betrayal. Henry Howard, Earl of Surrey praised his childhood friend, Henry VIII’s illegitimate son, Henry Fitzroy, Duke of Richmond, when he wrote of: ‘The secret thoughts, imparted with such trust … The friendship sworn, each promise kept so just.’ This was a rare prize. Sir Thomas More called a ‘faithful and constant friendship in the storms of fortune … a high and noble gift’.

The rarity of true friendship was emphasised in the writings of the inventor of the essay form, Michel de Montaigne. For six years in the 1550s, until his friend’s death, Montaigne was a bosom companion to Etienne de la Boétie. Theirs was such a devoted friendship that Montaigne described them as having ‘souls … mingled and confounded in so universal a blending that they efface the seam which joins them together so that it cannot be found’. Looking to history, Montaigne and La Boétie modelled themselves on the friendship of Socrates and Alcibiades – even to the point of Montaigne casting the (slightly) older La Boétie in the role of ugly sage.

So is it possible to have a friend like this in the modern age? For Renaissance writers, I wouldn’t stand a chance. For I am a woman and such heights of friendship were never thought attainable by mere females. It is again a reminder that feelings were culturally conditioned and historically variable. Yet isn’t this one instance in which the past seems to give us a rare and beautiful emotional ideal to which to aspire, male and female alike?