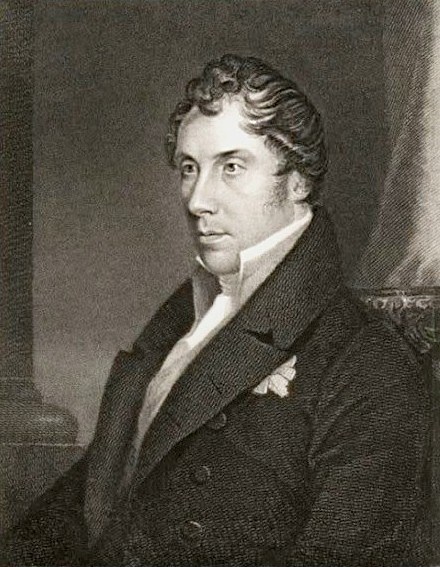 George Gordon, 4th Earl of Aberdeen, inherited his title in his teens, when his grandfather died in 1801. Straightforward, liberal, high-minded, able to see all sides of every question and a diplomat rather than a politician, he was Foreign Secretary under the Duke of Wellington in the 1820s and under Sir Robert Peel in the 1840s. In 1846 Peel resigned after the repeal of the Corn Laws and the Conservatives split on the issue of free trade versus protectionism. The Peelite free traders included Aberdeen and Gladstone, the protectionists Lord Stanley and Disraeli. After Peel’s death in 1850, Aberdeen, who revered Peel’s memory and regarded his government as ‘the most practically liberal we have ever seen in this country’, led the Peelites.

Meanwhile, Lord John Russell headed a Whig administration with Lord Palmerston as Foreign Secretary until Russell lost patience with him and forced him out in December 1851. Tit for tat in February, Palmerston brought Russell down in the Commons and Stanley, now Earl of Derby, took office at the head of a singularly undistinguished Cabinet. A general election in July produced no overall majority, but the Derbyites had about 310 members in the new Commons to some 270 Whigs. No one was any longer sure who exactly were or were not Peelites, or ‘liberal Conservatives’ as they were beginning to be called, but their numbers fell sharply. Muriel Chamberlain, Aberdeen’s biographer, puts them at between thirty and fifty-eight.

Derby continued in office, while Lord John Russell and Aberdeen put their heads together. They had in common a profound distaste for Palmerston’s swashbuckling way with foreign policy and a disdain for Derby. Disraeli, Derby’s Chancellor of the Exchequer, duly presented his budget, but he was trounced in the Commons by Gladstone and when the crucial vote came in the early hours of December 17th, the government was defeated by 305 votes to 286.

Queen Victoria, on holiday at Osborne on the Isle of Wight, sent for Aberdeen, who was sixty-eight, and the Marquess of Lansdowne, a senior Whig who was seventy-two and too stricken with gout to travel. Aberdeen bumped into Russell in Hyde Park on the 18th and gained a clear impression that he would serve under Aberdeen as Foreign Secretary and leader of the Commons. Armed with this, Aberdeen went to Osborne next day, a Sunday. He told the Queen and Prince Albert that he would head a ‘liberal Conservative’ administration in the tradition of Peel. They discussed what to do about Palmerston, whom they all detested, and agreed that it would be unwise to leave him out, in case he joined forces with Derby. Before he left, Aberdeen kissed hands as prime minister.

Russell now had second thoughts. His wife considered it demeaning for him to accept any office lower than prime minister, but he was soon won round by his brother, the Duke of Bedford. He told his wife that he had secured Aberdeen’s promise to resign the premiership in his favour as soon as practicable, which did not entirely square with Aberdeen’s recollection. After delicate hints between Lansdowne and Palmerston had wafted the home office beneath the latter’s nose, Aberdeen talked to Palmerston and they shared laughing recollections of their schooldays at Harrow together years earlier.

Sir James Graham, a Peelite ally of Aberdeen who was closely involved in the horse-trading, said he never passed a week so unpleasantly in his life, but by Boxing Day the final cabinet list of thirteen was ready. Russell was to be Foreign Secretary, Palmerston Home Secretary, Gladstone Chancellor, Lansdowne Minister without Portfolio. Graham had the Admiralty. There were six Peelites, six Whigs and a solitary Radical (Sir William Molesworth as minister for works). Whigs grumbled that there were too many Peelites, but the old party demarc-ation lines were fading fast and it was widely considered an administration of quite exceptional talent. Its members’ experience, Aberdeen wrote, ‘spanned the whole political history of the country from the days of Pitt and Fox’ and ‘embraced every school of politics which had been of any distinction for more than half a century.’

‘England,’ Disraeli had remarked earlier, ‘does not love coalitions.’ This admirably qualified ministry was soon to come to grief. Aberdeen and Russell disagreed about the former’s intention to give way to the latter, and Palmerston despised them both. The finisher was the Crimean War. England and France declared war on Russia in March 1854. It was appallingly mismanaged and within a year Aberdeen resigned, in January 1855, his reputation shattered. The Queen sent very reluctantly for Palmerston.