Few events have been as romanticised and misunderstood as the Jacobite Rebellion. And, as Jacqueline Riding explains, politics has brought its myths to the fore once again. It was one of the images of the 2015 General Election. Not a beaming David Cameron on the steps of 10 Downing St after securing, against all the odds and the now discredited opinion polls, a Conservative majority (albeit a slim one). No, it was a photograph of Alex Salmond, former leader of the Scottish National Party (SNP) and ex-First Minister of Scotland. The new honourable member for Gordon is seen breezing past the doorkeepers at Members’ Lobby, en route to the Commons Chamber during the State Opening of Parliament, face flushed, arms swinging with abandon.

While this image, with the accompanying caption ‘When yer absolutely hammered but the bouncer still lets you in anyway’ went viral on Twitter, other, more observant, folk were noting a particular feature of Mr Salmond’s attire: a white rose button hole. This detail stimulated lively discussions, theories and clarifications. The thistle is understood to be the national flower of Scotland, so what was the significance of a white rose? 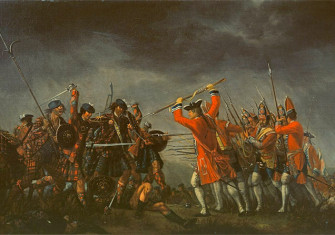 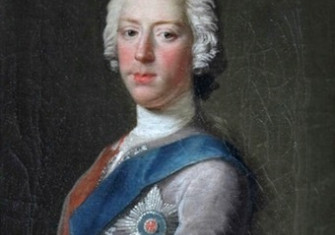