The Theology of Chocolate

The introduction of chocolate to the Catholic world caused a dilemma: could it be eaten? Should it be given up for Lent?

Many Christians, and even post-Christians, give up chocolate for Lent. This self-denying act now sometimes seems to be simply part of a calendar of occasions for virtuous abstention: as with ‘dry January’, we do it because it is good for us. But the original theory behind the Lenten fast is that it helps those who undertake it identify with Jesus. After all, Lent originally commemorates the 40 days Christ spent in the wilderness before his triumphal entry into Jerusalem.

In fact, the relationship between chocolate and the Lenten fast has been complex and fascinating, at least within Christianity’s Catholic tradition. Chocolate’s history is an important part of the story of early modern globalisation and the Catholic Church’s response to it, therefore, reveals much about how it adapted to a fast-changing world.

Chocolate has a history but, for Catholics, it also has a theology. Long and learned treatises were written about whether it was licit to consume it – and when. Part of the issue was that the original Spaniards who travelled to the Americas quickly associated the drinking of chocolate with Aztec religious rituals. The Aztecs told those Spaniards that they valued the chocolate mixture they brewed not only as a source of nutrition but also as a sacred, even mystical, elixir, which altered body and spirit. The cacao pod was a gift from the gods, they declared, to be associated with the human heart and depicted as bleeding. Many Maya and Mixtec images of human sacrificial victims show those victims as anthropomorphic cacao pods.

Such ideas and images hardly endeared chocolate to the first friars who crossed the Atlantic to convert indigenous peoples to Christianity. Some wondered whether it could be appropriate for Christians to drink something so intimately associated with idolatry and ritual murder? Others, on the other hand, saw chocolate’s potential as a substitute in indigenous communities for another sacred but more scarce liquid: wine. The Franciscan friar Toribio de Benavente (d.1569) wrote approvingly of a local custom in the Mexican town of Tlaxcala where ‘on the feast of All Souls in nearly all the Indian towns, many offerings are made for the dead. Some offer corn, others blankets, others food, bread, chickens and in place of wine they offer chocolate.’

Sixteenth-century clerics also struggled to incorporate chocolate into the rules their forebears had devised for living a Christian life. The requirement to fast – that is, to reduce the quantity and variety of one’s intake of food – was one of those rules. But how did regulations about fasting apply to the new products or forms of produce ‘discovered’ in the Americas? Chocolate, for instance, ought to have been exempted from the fast, according to the stipulations devised by medieval canonists. It was consumed as a liquid, which meant it did not violate a prohibition against eating only one full and two small meals a day, and was vegetal not animal in nature, so it did not violate another against eating meat.

Yet chocolate was often prepared with eggs or milk, which were animal products and therefore made certain preparations of it dubiously acceptable at best. It was, moreover, clearly a luxury product and consuming luxuries, if not against the letter of the fast’s rules, was self-evidently against its spirit.

Debate simmered in the Catholic Church for 100 years. The Dominicans, in particular, were at the forefront of a campaign to limit its consumption, even sending a representative to Rome in 1577 to seek Pope Gregory XIII’s opinions about it. On the other hand, the Augustinian theologian Agostín Antolínez came out in favour of chocolate as a desirable fast-busting refreshment in 1611. In 1636 an Inquisition lawyer, Antonio de León Pinela, rebutted Antolínez in a long tract entitled Questión Moral: ¿si el chocolate quebranta el ayuno eclesiástico? (The moral question: does chocolate break the fast or not?). But in 1645 Tomás Hurtado, who hailed from the relatively obscure new order of Clerics Regular Minor, wrote a further defence: Chocolate y tabaco; ayuno eclesiástico y natural (Chocolate and tobacco; the ecclesiastical and natural fast).

Eventually the Jesuits, who by this time had commercial interests in cacao production and distribution, took the case back to Rome. They secured a favourable ruling from no less an eminence than the theologian Cardinal Francesco Maria Brancaccio, who put his name to a 16-page opinion De Chocolatis potu (On the use of chocolate, 1664), which reaffirmed Hurtado’s arguments. The Jesuits published this immediately, reprinting it at least four times in the next decade.

In the event, these arguments all proved academic because chocolate consumption became so popular that the Church could do little to shape the behaviour of its faithful in the matter. In 1692 Pope Innocent XII even received a request from Carmelites in Madrid for a dispensation to drink chocolate inside the walls of their convent.

Pope Innocent refused the Carmelites’ request and it was not, in fact, until almost a century later that Pope Pius VI issued a definitive ruling that clerics could drink chocolate (albeit only away from Church premises). Yet, by then, at least three 18th-century popes, Benedict XIII, Clement XII, and Benedict XIV, had been keen chocolate drinkers.

What conclusions can we draw from all this? First, that it took time for the Church to incorporate new things (as much as new ideas) into its world view. Pope Gregory’s response to the Dominican’s question is not recorded in detail but one account suggests that he burst out laughing at the absurdity of the request. He had neither seen nor tasted chocolate so, as far as he was concerned, he was being asked to rule on something entirely imaginary and theoretical.

Second, those who seemed to set the Church’s rules have only ever had partial control over them. Indeed, chocolate’s acceptance in the Catholic diet was clearly less the result of what theologians or canon lawyers did or said than of the decisions of ordinary clergy and laity who drank it regardless. There are lessons in that for other things that the Church would have Catholics abstain from today, from smartphones in mass to contraception in bed. And I remain fascinated by a little ode to the cacao tree, composed by a Spanish Jesuit to celebrate Cardinal Brancaccio’s ruling: ‘Grown in lands afar, o tree/ of Mexico the glory/ Fruitful with your juice you sate/ The gods with – purest chocolate’, it begins. Which gods are these – the classical pantheon, to which much Jesuit epic poetry of the era alludes, or the Mesoamerican deities whom the Aztecs identified as chocolate’s original benefactors? 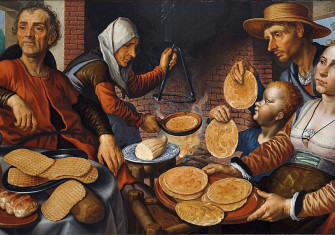 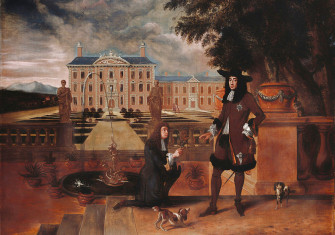