When we ask historians which genre of history they like least, the most common answer is ‘economic’. Is the field unjustly maligned? 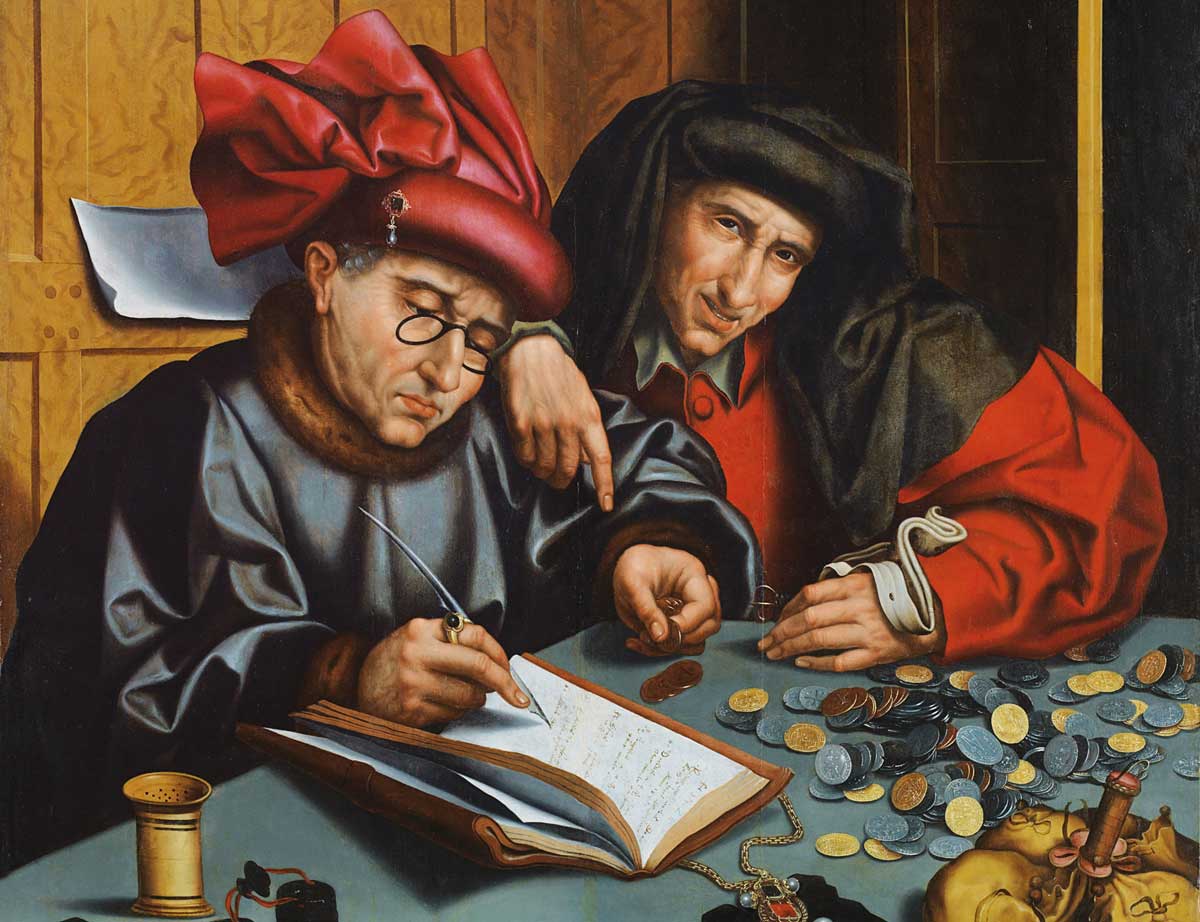 Rory Naismith, Lecturer in the History of England before the Norman Conquest, University of Cambridge

There is a long-standing tendency to think of ‘the economy’ as a detached yet volatile force that has shaped people’s lives throughout history. This impersonal approach results from the desire to isolate and assess economic developments in a rational way. Yet that process in itself limits the appeal of economic history by detaching it from the real-life experiences of individuals and communities. In other words, economics is one of the principal reasons for economic history’s lacklustre reputation. If instead those real-life experiences are placed at the centre, the subject has the potential to come to life. That is precisely what draws me to economic history. It is a way to make sense of how people of the past negotiated with the material world around them, including, it should be stressed, other people (hence the common pairing of economic and social history).

I’ll give one illustration of this, arguably the most overtly economic of all: money. Money exemplifies the juxtaposition of abstraction and humanity. It is made precisely in order to circulate seamlessly between any people for any purpose, often on a vast scale, be it as gold solidi, lumps of hacksilver, pounds, dollars or bitcoin. One can easily forget that money in itself doesn’t actually do anything, or even exist beyond human perception: it functions only because society collectively buys into a shared standard and form of value, a kind of never-ending IOU. Its existence is the sum of people dealing with other people, and individual people emphatically do not always follow strict economic logic. Who one gives money to, how much and in what way is deeply affected by personal relationships and interactions; indeed, even choosing to use money (or a certain amount of money) in a given situation is to make a statement. 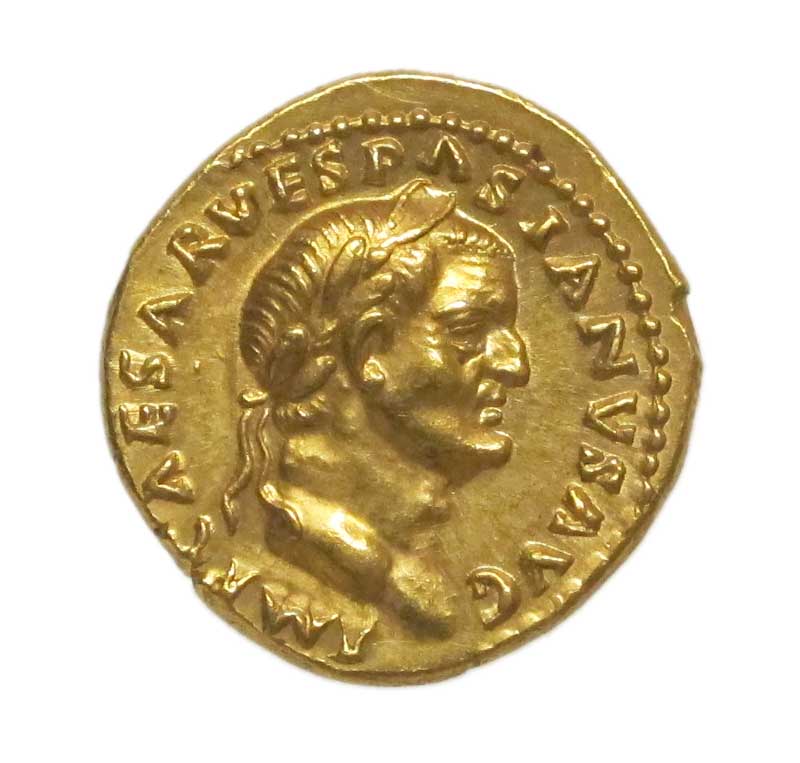 Pecunia non olet (money doesn’t stink): those are the words supposedly uttered by the Roman Emperor Vespasian to his son in defence of a tax on urine. He didn’t care about where the money came from and sometimes it is helpful to ignore its smell in this way. But at other times our noses can follow the stench to something just as interesting.

Economic history is about groups of people

Roderick Floud​, Author of An Economic History of the English Garden (Allen Lane, 2019)

History is about individuals; economic history is about groups of people. It’s an over-simplification, but one that encapsulates why history is classified as part of the humanities, economic history as a social science. Both can be exciting and also interact; the story of Chinggis Khan is part of the history of Mongolian hordes sweeping across Asia. The actions and motives of a single person operate within, and may influence, the group of which they are a part.

In dealing with groups of people, we need to describe their collective behaviour. That means assessing the average of the group and the variation around it. This is alien to many historians for good reason: it doesn’t make much sense to talk about the average pope. But it makes a lot of sense to describe the average age at which people get married, because that has changed so much even in recent years, or to explain average income at different times in the past. To do this we have to use statistics and theory.

These words cause some historians to recoil. But statistics are just a method, not an end in themselves. They are no more difficult to understand than medieval handwriting or deciphering ancient DNA; once they’ve been learnt, they seem easy. Economic theory is no harder than political theory and both have their place in understanding the past. However, both statistics and theory need clear explanation; economic historians need to avoid jargon and mustn’t assume that what comes easily to them will make sense to their audience.

I’ve been fascinated by economic history since, at the age of 14, I was given The Woolpack by Cynthia Harnett, a story of the medieval wool trade. Since then, I’ve studied the drama of the Industrial Revolution, shown why we are much taller than we were two centuries ago and described the cost of making great gardens. In my lifetime, the crash of 2008 and the age of austerity have had profound consequences; economic history is about such vital events in our past. As a newspaper once claimed: ‘All human life is here.’

There were multiple inventions of coinage

Amelia Dowler, Curator of Greek and Roman Provincial Coins at the British Museum

What do historians mean by ‘economic history’? The first answers might not include the material culture of economics. I am a numismatist and work with coins every day. Unlike some other aspects of economic history, people grasp the concept of coins. This allows me to open up the ancient world through familiar objects.

There were multiple inventions of coinage: struck coins in the Mediterranean and Middle East; cast coins in China; punch-marked coins in India. And not all money is coins: there have been a variety of accounting systems and types of money in different materials throughout history. All of these inform how we use money today, from banking processes to the very design of our coins and banknotes.

In the ancient Greek world, the states that struck coins did so first in precious metals. The value of the coin was in its weight – its intrinsic value. The advantage of this system was that you could take your coins anywhere and redeem their value by weight, whatever the design. The disadvantage was that silver and gold are valuable and, to make low denominations, mints had to strike smaller and smaller coins.

The impracticality of tiny coins is illustrated by the fifth-century BC Athenian playwright Aristophanes, whose character Lysistratus in The Wasps tricks another by giving him fish scales instead of small change. Change more generally was in the air, however, and, by the fourth century BC, bronze coins became a widespread trend. The state-sanctioned face value of bronze coins was much greater than their material value, allowing low-value coins to be made larger and more manageable.

The idea that a state guarantees the value of your coins is still debated today. The notion that your coins are not valid in a foreign jurisdiction is based on this materiality, along with associated ideas such as exchange rates or bank charges for foreign payments. Our coins today are part of a continuous history going back over 2,600 years. The material aspect of economic history brings these universally recognisable concepts directly to bear on our understanding of states and individuals throughout history.

Economists, unlike historians, are not exactly fans of ‘decolonising the syllabus’ and have a rather imperialist attitude to the social sciences, believing that their models and mathematics bring rigour and order to what they (rather worryingly) see as the ‘softer’ subjects. As economic history has become increasingly dominated by economists, their mathematical bias has resulted in what can often appear a reduction of history to numbers. Economics-trained economic historians have spent the last 20 years striking grand historical quantitative comparisons across huge stretches of time and place. That includes Bob Allen’s comparisons of wages across Europe from medieval times through to the Industrial Revolution, now the subject of a great debate. And my own calculations, across that same time frame, of the level of market development in different parts of Europe.

But with breadth inevitably comes a lack of depth. After all, when you’re spanning tens of countries and numerous centuries, there is a limit to how much one can possibly know about any single piece of the jigsaw puzzle. That does not, however, mean that we must give up on cross-country or cross-time comparisons; the historian who aims for depth – and the one who aims for breadth – are complementary, not competing.

And, just because data from the past is imperfect (and cannot capture everything), doesn’t mean that we should completely abandon quantification; it just means we must be careful to take it with a pinch of salt – and to be more reverential to the archives, as Judy Stephenson, Bronwen Everill and Anton Howes show is possible. 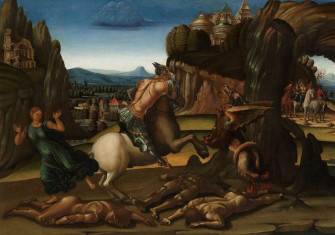 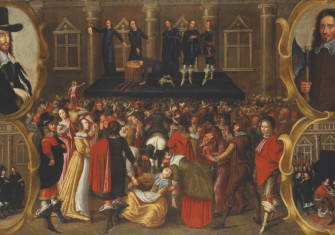