How did the Victorians Become a Reference Point for Joyless Prudery?

Four experts debunk the myth of modestly covered piano legs and point the finger of blame at ungrateful modernists.

‘Lytton Strachey’s ‘Eminent Victorians’ did much to sow the seeds’

Thomas Dixon, Professor of History at Queen Mary University of London and author of Weeping Britannia: Portrait of a Nation in Tears (Oxford University Press, 2015)

The rediscovery of the sex lives of the Victorians has become a regular feature in the historical calendar. It comes around like the seasons, reminding us that the average Victorian subject, like the queen herself, had a pulse, a libido, a healthy range of sexual desires and quite possibly a secret stash of erotica.

As a child I was told the old story about Victorians modestly covering up the finely turned wooden legs of pianos, chairs and tables in case they resembled the human equivalent too closely, creating unwanted arousal. When I came to lecture on the history of attitudes to sex many years later, I looked everywhere for a picture to show my students how the prudish Victorians covered up their furniture legs. Of course, such images were unavailable, because the Victorians didn’t do it.

The book which perhaps did most to sow the seeds for the view of the Victorians as both repressed and hypocritical in matters of sexuality was Lytton Strachey’s Eminent Victorians, published in 1918. This short and still very readable work is made up of four biographies, written in a lively, psychologically suggestive, sometimes mocking style.

Strachey’s four subjects were two clergymen – Thomas Arnold and Cardinal Manning – and two forceful, eccentric, unmarried individuals – Florence Nightingale and General Gordon. This choice of characters allowed Strachey to puncture the pretensions of past Victorian generations, with their vaunted moral superiority and earnestness, and to hint at the sometimes darker, sexual desires lurking behind the propriety and piety of his subjects.

Strachey and his circle, with their unconventional sexual relationships and modern, Freudian attitudes to pleasure, art and emotion, needed a foil against which their ideas could shine more brightly. The dull, hypocritical, obsessively religious and repressed ‘Victorians’ – the parents and grandparents of the Bloomsbury group – fitted the bill perfectly. Thanks to the success of their project, the word ‘Victorian’ has taken on connotations of prudery and repression. We now need periodic reminders that such a picture is woefully incomplete.

The image of the Victorians as a particularly dour and mirthless people probably originates with modernism – the artistic and cultural movement that followed the 19th century and which came to fruition after the First World War. ‘What divides the present age from the Victorian’, wrote one newspaper in 1938, ‘is the watershed of the Great War.’ The horrors of 1914-18 created the sense of a radical break with the past and modernists were keen to define themselves against their forbears.

This desire for reinvention often meant painting the Victorians as dowdy and repressed. In her 1928 novel Orlando, Virginia Woolf caricatured the (alleged) glumness of the Victorians as the result of an enormous cloud settling over Britain in the year 1800, engulfing the country in a pervasive wetness of spirit. Woolf didn’t invent the cliché of prudish Victorians covering up their piano legs, but she iterated on it as a theme. As the cloud’s dampening influence seeps into people’s homes: ‘furniture was muffled; walls and tables were covered; nothing was left bare’.

Ironically, the Victorians actually invented the idea of putting stockings on piano legs themselves as a joke about the puritanical affectations of the United States. Americans, according to one article from 1843, were so ‘pruriently modest’ that they ‘furnish their pianos with muslin trousers, because in that virtuous country bare legs are held to be unbecoming even in thoughtless pianos’. French authors, in turn, picked up the joke and gleefully repeated it about the English. In 1860 Household Words was irritated to discover a French account of English life that affirmed they ‘put trousers on the legs of their pianos, chairs and tables … Anything else would be “very shocking” and would put English prudery quite out of countenance’.

In 1926 the ageing Victorian author Arthur Machen ruefully noted ‘the fable of the mild, the tame, the old-maiden-ladylike Victorians ... with which we greatly comfort our hearts in these days.’ Machen concluded: ‘I suppose, if a man would keep any spirit at all, it is necessary that he should look down on someone; rightly or wrongly.’

‘We are divided’, wrote Henry James, ‘between liking to feel the past strange and liking to feel it familiar.’ Encountering the past, we veer between recognition – ‘they were just like us!’ – and the dislocating thrill of finding that everything is a social construct and the past really is a foreign country.

On the face of it, at least, the idea of the Victorian era as a byword for prudery and repression has assigned the age to the category of ‘sexually strange’. In popular cliché, ‘they covered up piano legs!’; ‘they didn’t understand the female orgasm!’ It serves to highlight, by contrast, our modern ease with sexuality. Thank goodness, we say to ourselves, that we have 100 per cent, entirely overcome those funny old anxieties about bodies and desire, their confusion about morality and pleasure, their sexual double standards.

Really, I think we amp up the myths and clichés of Victorian prudery because these ideas are familiar to us. It allows us to evade questioning ourselves and our society about our ideas of gender, our struggle for equality, our feelings about our bodies, our problems with desire and consent and pleasure, by pointing to an age in which all these things seemed cartoonishly worse.

Marcus Waithe, Associate Professor in the Faculty of English at Magdalene College, Cambridge

The answer to this question is embedded in its terms: there has been a tendency since the time of Lytton Strachey and Virginia Woolf to think of the period 1837-1901 as a separate railway carriage, whose occupants wear their manners like a fancy dress. We will learn more if we avoid referring to ‘the Victorians’ as though they were a Martian race.

The word ‘prudery’ itself has changed its meaning: a borrowing from the French, the Oxford English Dictionary reminds us that for Laurence Sterne ‘prudery’ meant ‘modesty’ or not showing off. By 1929 The Times was remarking on ‘Queen Victoria’s reign, with all its little restraints, repressions, and pruderies’. Was this fair? Not entirely: it was an age of prostitution and associated double lives, but the comparative freedoms of the 1920s relied on the pioneers of the 19th century. We might think of the spiritual marriage that George Eliot entered into, via her reading of Spinoza, when running off to Weimar with an already married man. She defied not only her friends, but also the English marriage plot – an inspiration, perhaps, for Middlemarch, a novel for grown up people (as Woolf rightly conceded). Later in the century, we might think of Edward Carpenter living in an openly gay relationship on his market garden outside Sheffield. After paying a visit, William Morris reported seeing him there with his ‘fellow’: a term that might be considered coy, or more generously as offering admission to his social ideal of ‘fellowship’. We might think of Havelock Ellis’ role in domesticating the new science of sexology. These are not typical people, of course; but nor were the swinging set in 1960s Chelsea.

The representation of a period is often distinct from its reality. Wordsworth famously hoped to ‘bring my language near to the language of men’. Of course, you won’t often find the words fuck or shite in the literature of the 19th century. When James Joyce and D.H. Lawrence re-committed these old friends to print, they knew the antiquity not only of their usage, but also of their everyday use. The language of books only tells us so much about the word on the street. 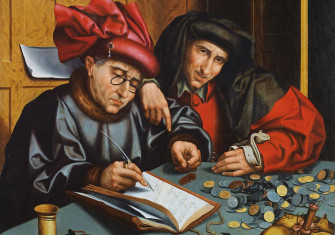 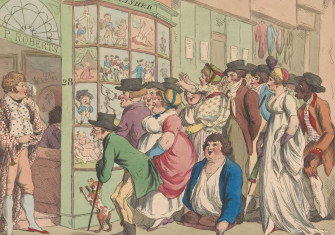