Greek Fire in the West

Towards the end of the twelfth century, writes Jim Bradbury, Greek Fire, which the Byzantines had long used, was first employed in Western Europe. 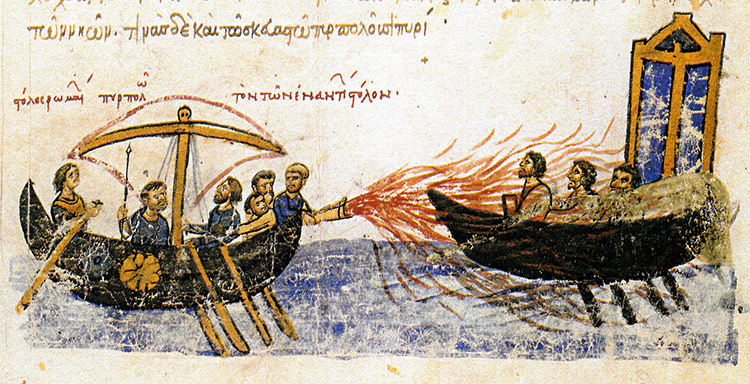 The use of incendiary weapons dates back into ancient times. The Byzantines were adept at this form of warfare. They used a mixture that included crude oil, which when ignited was very effective against wooden structures, and especially at sea. They probably were also able to refine oil, since the Arabs spoke of them ‘cooking’ it. In the eighth century they developed a device that enabled them to project an inflammable mixture from a tube that could be directed against enemy ships.