Is lightning natural or divine? Opinion split royalists and republicans.

Like all long-awaited events, Benjamin Wilson’s big day arrived at last. After years of bitter in-fighting, in 1777 the fashionable artist staged a spectacular display in front of George III and a few selected courtiers gathered together inside London’s Pantheon. Completed five years earlier, these Oxford Street assembly rooms boasted a massive rotunda flanked by colonnades and topped by a dome – ‘the most beautiful edifice in England’, according to the Gothic author Horace Walpole. That autumn, this splendid building became the site of an extraordinary experiment.

The Pantheon temporarily accommodated an artificial representation of a thunderstorm threatening to destroy the Board House at the Purfleet Arsenal – a disaster that in real life would have explosive consequences. Wilson spared no expense in creating his ornate simulacrum of nature; after all, he had persuaded the king to finance his venture. Giant electrical cylinders representing ominous clouds remained stationary above a small model of the building that moved along rails, while almost 4,000 yards of coiled wire were strung through the Pantheon to help simulate the effects of lightning. Wilson’s elaborate construction was designed to answer the burning question of the day. Which would provide more effective protection against electrical devastation: a lightning conductor with a knob or a point at its tip?

The two main protagonists – Wilson and the scientist politician Benjamin Franklin – were driven by obstinacy and the desire for victory as much as by any neutral concern for the truths of nature. Initially, only elite witnesses were deemed sufficiently reliable; after the royal inspection Wilson gave private demonstrations, first to the Board of Ordnance and then to a privileged committee of Royal Society Fellows. Following front-page advertisements in the daily papers, the event opened to ordinary Londoners at half a crown a ticket. Demand was high and the spectacle ran for over a month.

Although George III proclaimed that the results ‘are so plain they would convince the apple-women on the street’, after commercialisation had allowed the general public to participate it became clear that opinion was split. Ostensibly an abstract impartial experiment, this showy performance represented a contest between entrenched political rivals – Whigs and Tories, colonial Americans and aristocratic Brits, republicans and the establishment.

Electricity remained politically charged well into the 19th century, when Mary Shelley created Victor Frankenstein as a modern reincarnation of Prometheus, the Greek hero who represented freedom from oppression and stole fire from heaven to give human beings the power of reason. By then, Franklin was celebrated internationally for introducing lightning rods to protect tall buildings by conducting electricity safely into the ground.

As an Oxford undergraduate, Percy Shelley had enthused about directing ‘the whole ammunition of a mighty thunderstorm’ to ‘produce the most stupendous results’. Like him, Franklin’s supporters often coined military metaphors, claiming that pointed lightning rods would provide the best defensive measures for attracting a cloud’s electric fluid and preventing this destructive weaponry from assaulting a building. In France the influential economist Anne-Robert-Jacques Turgot hailed Franklin ‘for snatching lightning from the sky and the sceptre from the tyrant’, while his portraits featured jagged streaks of lightning to represent his political ideals as well as his electrical expertise.

American myths celebrate Franklin as a founding forefather and home-grown genius, posthumously portrayed by Benjamin West as the intrepid pioneer who flew a kite into a thunderstorm and drew electricity from the heavens down into an iron key in his hand. Historical actuality was slightly different. In 1752, before he had established his international reputation, Franklin was stationed in Philadelphia, several weeks away from the European news. He remained unaware that a crucial experiment designed by him had already been successfully performed by French experimenters at the palace of Marly near Paris. Franklin had designed a sentry box with a long rod pointing up from its roof to collect any lightning and conduct it down to an electrician (as scientific experts were known) standing inside on an insulated stool protected from the rain. The Parisian researchers went home after waiting in vain for a storm, but a local priest and a retired soldier successfully drew sparks and so proved that lightning was indeed electrical, just as Franklin had hypothesised.

Chauvinistic European investigators doubted whether a mere colonial could have devised such sophisticated theories about this mysterious power in the heavens. Deeply insulted, Franklin wondered if they would ever ‘allow that they can possibly receive any instruction from us Americans’. Like the Fellows of London’s Royal Society, Franklin was inspired by the ideology of Francis Bacon, the 17th-century philosopher and former Lord Chancellor who emphasised that knowledge meant power – that learning about the natural world would enable it to be controlled for the benefit of humanity. As Franklin put it: ‘What signifies Philosophy that does not apply to some Use?’ In contrast, his critics accused him of meddling with God’s plans for the world. Whereas they interpreted lightning and thunderbolts as evidence of divine displeasure, Franklin and his allies introduced conductors to safeguard buildings and ships, insisting that they were far more effective than chanting prayers or ringing church bells.

During the 1750s lightning rods were installed all over America on church steeples, which were generally taller than the neighbouring houses. England adopted conductors around a decade later, but on the continent there was strong popular resistance to opposing God’s will by erecting an artificial device. Even though the pope sanctioned their construction, rods were often torn down by local clergymen and congregations who argued that it was wrong to resist this heavenly artillery. But why, retorted Franklin, is lightning any different from ‘the Rain, Hail or Sunshine of Heaven, against the Inconvenience of which we guard by Roofs and Shades without Scruple’?

Franklin was a seasoned self-publicist who enlisted his colleagues to distribute engravings of his portraits and boasted that ‘My popularity has occasioned so many Paintings, Busto’s, Medals & Prints to be made of me ... that my Face is now almost as well known as that of the Moon.’ During his lightning rod campaign Franklin sat for the London artist Mason Chamberlin, who was also a Fellow of the Royal Society. He painted Franklin looking over his right shoulder towards a sketch of the electric bell system installed in his house; through the window on his other side, a storm is demolishing a distant church steeple but leaving unscathed a brick building protected by a pointed lightning rod. This artificial cityscape was created by educational models or ‘thunder houses’ that were handcrafted from mahogany and collapsed when detonated with small amounts of gunpowder.

When English experimenters heard about the successful but impromptu experiment at Marly, the race was on to confirm the results professionally and take priority away from French rivals. On a visit to rural England, Wilson was playing the leading role in an amateur production of Henry IV when a thunderstorm blew up. Running outside in his royal costume, he thrust a curtain rod with a needle inserted at one end into an empty bottle. Stationed on the bowling green, he held this makeshift apparatus up towards the heavens and, by sparking himself and his friends with the rod, proved that he had successfully collected electricity. Unlike the Parisian trials, Wilson boasted, the effects had been produced ‘by persons worthy of credit’.

When lightning rods began to be installed in Britain Wilson launched an assault on the republican Franklinites. Although from a humble background, Wilson was a successful society artist with aristocratic and royal connections. He had once painted Franklin (today the portrait hangs in Washington’s White House), but now the two electrical experts were bitter enemies. According to Wilson, pointed rods perched high up in the skies would encourage electrical activity in clouds rather than disseminate it: instead of passively passing the dangerous fluid into the ground, the conductors would actively contribute to making the situation worse. To remedy this problem, he proposed installing a knobbed or rounded conductor a couple of feet below the roof; this arrangement would reduce any damage by carrying away most of the electricity while at the same time avoiding the risk of aggravating the natural progress of a storm.

From around the world, reports were coming in of terrible explosions after ammunition stores had been struck by lightning. Some 15 soldiers were killed in Jamaica, while several hundred houses were demolished along with their inhabitants in Italy. London authorities began debating how best to protect the Arsenal at Purfleet and iconic buildings such as St Paul’s Cathedral. The Royal Society appointed an investigative committee, but as both Franklin and Wilson served on it, the discussions must have been somewhat heated. Isolated in a minority of one, Wilson campaigned against its recommendation of pointed rods by deploying a mixture of scientific arguments and personal jibes. Perhaps he was secretly delighted when, on a single day in 1777, lightning struck two buildings protected by pointed rods. One of them was the Board House at the Purfleet Arsenal, which became the central feature of his supposedly objective experiment. Still disagreeing with other experts, Wilson gained the financial backing of George III to set up his enormous apparatus designed not to gather knowledge but to convince spectators that knobs were more effective than points.

Both Franklin and Wilson were obstinate men. Wilson – probably correctly – accused his opponent of adamantly refusing on principle to yield his position without really caring whether points or knobs were preferable. The rivals held opposing views about how electricity works. Rooted in the values of the British establishment, Wilson maintained that God directly supervised a spiritual ether or electrical cloud that controlled inert matter; his hierarchical universe was stable, orderly and divinely governed from above. In contrast, Franklin maintained a more democratic position in which electricity acted autonomously – a parallel with people able to transform the world about them independently of God. The antagonists’ supporters were similarly divided into two hostile camps that mutually condemned the other for plagiarism and malpractice. Whereas Wilson relied on royal support, his opponents were determined to spread scientific knowledge and broaden the constituency of investigators eligible to determine the truths of nature.

Only the previous year the American colonies had published their Declaration of Independence, castigating George III as an inflexible tyrant who had sacrificed any right to govern them. According to Wilson, Franklin should no longer be considered an Englishman because he ‘was becoming one of the Chiefs of the Revolution’.

Unsurprisingly, the king announced that he was totally convinced by the expensive trial he had commissioned and ordered blunt rods to replace Franklin’s pointed ones on the Purfleet Arsenal and other buildings at risk. But when the monarch approached Sir John Pringle, the Royal Society’s President, with the command that its official recommendation be altered, he encountered resistance: Pringle promptly resigned. He may have been suffering from ill health, but the far more appealing version of the story holds that he stepped down on principle, declaring that the ‘prerogatives of the president … do not extend to altering the laws of nature’.

Hovering on the edge of farce, this electrical episode was an irresistible gift for Georgian satirists:

While you, great George, for safety hunt
And sharp conductors change for blunt,
The nation’s out of joint:
Franklin a wiser course pursues,
And all your thunder fearless views,
By keeping to the point.

Subsequent research confirmed what several experimenters seem to have secretly thought – that blunt rods are as effective as pointed ones. According to modern Health and Safety Regulations, round ones are preferable because they pose less danger to anyone who falls while working on a roof.

Patricia Fara is an Emeritus Fellow of Clare College, Cambridge. Her latest book is Life after Gravity: The London Career of Isaac Newton (Oxford University Press, 2021). 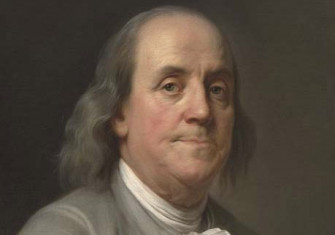 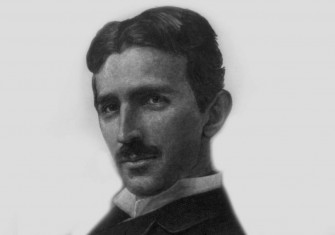