The treaty to bring parts of present-day Arizona and New Mexico into the United States was signed on December 30th, 1853. 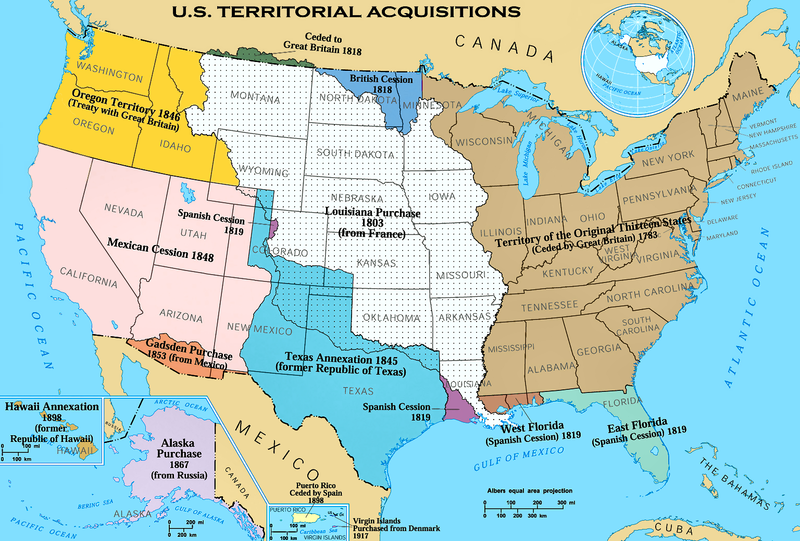 It was the Gadsden Purchase that settled the main boundaries of the United States of America (though Alaska was added in 1867). The Louisiana Purchase of fifty years earlier, the biggest land sale in history, had transferred an area of 827,000 square miles between the Mississippi and the Rocky Mountains from theoretical French sovereignty to the United States. The federal government went on to expand the borders by diplomacy, purchase, annexation and war. Florida was mopped up in 1819. In 1836 the American settlers in Texas threw off the yoke of Mexico and declared their independence, and despite the Alamo they made it stick. In 1844 James K.Polk was elected president. A strong believer in America’s ‘manifest destiny’ – a phrase first used the following year in relation to Texas – he settled matters with Britain over the border with Canada and made the 49th Parallel the accepted boundary in the north. Meanwhile, in 1845 he had annexed Texas and offered to buy California, and was not noticeably displeased to go to war when the Mexican government demurred.

The Americans defeated the Mexican army in a succession of battles, took Mexico City and forced the Mexicans to surrender. The war was not to the taste of all Americans, by any means, and the Massachusetts legislature considered it ‘a war of conquest’  and ‘a crime’. On the other hand, there were senators calling for the conquest and annexation of the whole of Mexico. President Polk demurred at that, but the Treaty of Guadalupe Hidalgo of 1848 formally gave the United States half-a-million square miles of additional territory – California and much of New Mexico, Arizona, Utah, Colorado and Nevada – in return for a payment of $15 million. Mexico accepted the loss of Texas, and the line of the Rio Grande and the Gila River became the international border in the south. President Polk was not satisfied and complained that he would have demanded more land if he had been given the chance.

The new territory needed to be developed and there were rival plans for a transcontinental railroad to the Pacific coast, including one to run along the 32nd parallel from Texas to California. This was a comparatively cheap route, but it would need to dip south of the Gila River. Its advantages were pressed by Jefferson Davis, Secretary of War to President Franklin Pierce, and his friend James Gadsden, president of the South Carolina Railroad and a former army officer, who had been involved in the forcible removal of the Seminole Indians from Florida to make room for white settlement.

In 1853 President Pierce sent Gadsden to Mexico to negotiate a redefinition of the border. The Mexican regime was urgently in need of money and for $10 million sold the required strip of territory south of the Gila River, in what is now southern New Mexico and Arizona. It was only a mere 30,000 square miles, about the size of Scotland, but it was the country through which the Southern Pacific Railroad would be built. The project was delayed by the Civil War, but Collis P. Huntington, the piratical self-made Californian tycoon, drove the railroad from Los Angeles east through desert country to El Paso, San Antonio and New Orleans in the 1870s and ’80s . 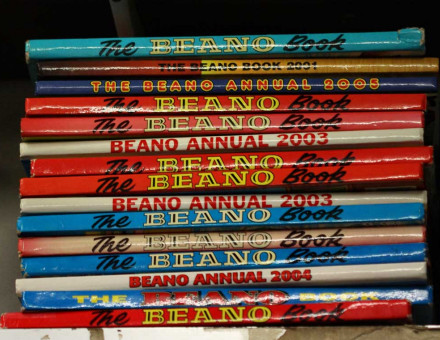