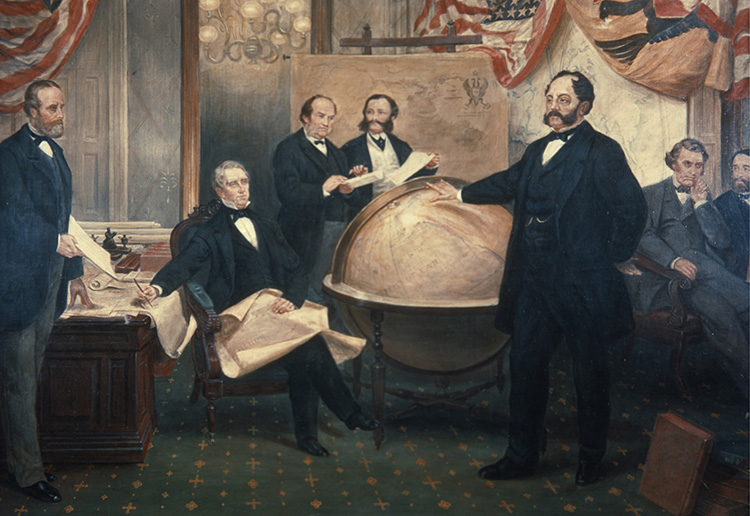 Though Cold War rivalry endures as an image of Russo-American relations, the two great nations have a history of pragmatic deal-making, which reached its zenith with the sale of Russia’s Alaskan Peninsula to America. The deal was born not of the Russian Empire’s rivalry with the United States, but through both countries’ competition with Britain, whose Empire made it the most powerful nation of the age, one with a truly global presence.

Russia and Britain had already faced off in the Crimean War, which had begun in October 1853, and saw Anglo-French forces lined up against a Russian and Ottoman alliance. Though, as the name suggests, the conflict was concentrated on Russia’s south-west flank, it also spread to the Pacific, when a fleet of Russian cruisers based in Siberian ports threatened Britain’s trading links with California. A combined British and French squadron was assembled at Honolulu and on July 25th, 1854 it set sail in pursuit of the Russian ships. Having taken the weakly defended port of Sitka in Alaska, they then headed south for Petropavlovsk, which ended in catastrophe for the allies.

Even so, Russia remained fearful of British ambitions in the Pacific. Vancouver Island, just off the mainland of western Canada, was already a British Crown Colony and the population of neighbouring British Columbia was increasing rapidly, as gold prospectors rushed west. Plans were advanced to incorporate the territory formally into the Empire. This meant that Britain’s possessions in North America would now share a land border with Russia.

Alaska was difficult to defend, given the awesome supply lines, and so Tsar Alexander II decided to sell up. In 1859 he approached both Britain and the US as potential buyers. The former showed little interest, while the latter was too distracted by the impending Civil War to give it enough thought. When that war came to an end in 1865, interest was rekindled and the tsar instructed his ambassador to the US, Edward de Stoeckl, to begin formal negotiations with Secretary of State, William Seward. Not only did the potential deal offer a considerable expansion of US territory – at more than 600,000 square miles it is twice the size of Texas – and a strategic location between Russia and British North America, but it was also a useful distraction from the fraught issue of post-Civil War Reconstruction.

After an all-night negotiating session,  the treaty was signed at 4am on March 30th, 1867. The agreed price was $7.2 million, equivalent to around $120 million today, which works out at about two cents an acre.

Captain Alexei Peschkurov handed over the territory to his opposite number with the words:

By authority from his Majesty, the Emperor of Russia, I transfer to the United States the territory of Alaska.

Just a few Russian fur traders and Orthodox priests remained behind and it was not until the Klondike gold rush of 1896 that Alaska attracted new settlers in numbers.

A myth arose that the purchase of Alaska was unpopular with the US public and the deal was certainly criticised by some commentators as ‘Seward’s Folly’. Today, its reputation for eccentricity and rugged individualism endears and unnerves in equal measures.

Alaska became the 49th state of the US on January 3rd, 1959. Despite its barely tapped mineral riches, it is claimed by some economists that Alaska’s tax revenues and resource royalties have never exceeded the cost to the federal government of governing a largely untamed territory of this size. 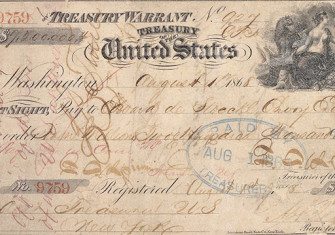