In the 18th century, Europeans in the tropics found themselves beset by an array of unpleasant afflictions. They blamed black women, the climate and the strength of their own masculinity. In 1777 the naval surgeon Robert Robertson published the ‘physical journal’ that he had kept during three voyages to Africa and the West Indies a few years before. As part of his discussion of illnesses on the island of Antigua, Robertson related the story of Charles Duplassey, a butcher, who presented himself to the surgeon in pain and with a penis and scrotum considerably enlarged. Duplassey would die a few days later. After his death, Robertson was informed – although he had ‘no great faith’ in the information – that the butcher had been drunk the day before he had been taken ill and had lain ‘with a black woman that night, who had blown him’. Robertson professed to being ignorant ‘of what was meant by his having been blown by the woman’ but called in another man from the ship who, apparently, ‘had formerly sustained a like injury from a whore’. The informant claimed to have noticed nothing unusual in the act of coition, but felt certain that the woman was at fault, since she ran away as soon as she left the bed and never approached him again. As motive, he noted with disturbing insouciance that both he and Duplassey, with whom he had conversed, had beaten the women before having sex with them. All but ignoring the violence committed against the women, Robertson treated the case as though it were supernatural, crediting the women with powers positively diabolic and which they used against men who had done little to earn their ire. ‘[I]t would appear’, he noted with some relief, ‘that only some prostitutes have this infernal act of blowing a man in the act of coition.’
He confessed himself still 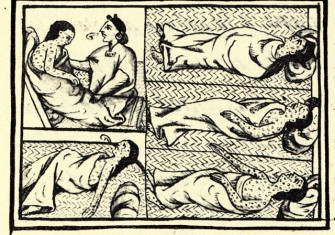 The End of Smallpox 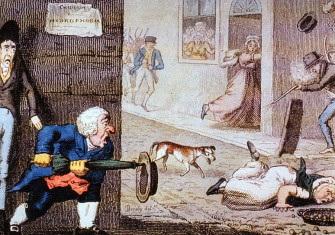