The military elite of the Muslim world was comprised of men who had been captured and forced into service. But to what extent were they subject to slavery? ‘I see that those on my side have been routed. I fear they will abandon me. I do not expect them to return. I have decided to dismount and fight by myself, until God decrees what He wants. Whoever of you wishes to depart, let him depart. By God, I would rather that you survive than that you perish and be destroyed!’ They replied: ‘Then we would be treating you unjustly, by God! You freed us from slavery, raised us up from humiliation, enriched us after we were poor and then we abandon you in this condition! No, we will advance before you and die beside the stirrup of your horse. May God curse this world and life after your death!’ Then they dismounted, hamstrung their horses, and attacked.

This is an excerpt from al-Tabari’s universal history describing the exchange between an emir (commander) and his military slaves and freedmen after the tide of battle had turned against them during the Abbasid civil war (811-819). The emir’s forces had fled and he was left only with his slaves, who refused to abandon their master even though he urged them to save themselves. This exchange exemplifies the loyalty of military slaves and freedmen, a characteristic that made them the most elite and reliable soldiers of the medieval and early modern Muslim world. 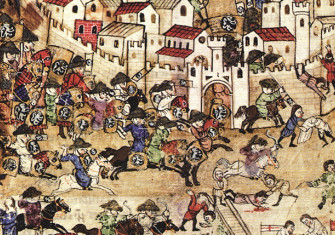 Who Were the Mamluks? 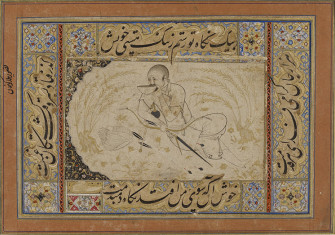