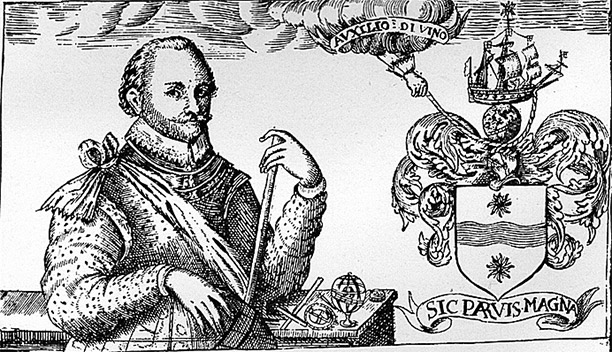 It would not have occurred to anyone 46 years ago to sit in moral judgement on the doings of people who lived 400 years before them, let alone apologise on their behalf. C.E. Hamshere’s article, Drake's Voyage Around the World, appeared in History Today the year that Professor Kenneth Andrews’ brilliant Drake’s Voyages: a Re-Assessment of Their Place in England’s Maritime Expansion was published. Neither thought the seedier aspects of a tale of extraordinary derring-do and triumph over adversity worth mentioning.

The documentary record is extremely patchy, so the gaps must be filled by the judicious exercise of deductive historical imagination. That, in turn, must draw on the historian’s life experience – and there’s the rub: since the Second World War generation passed on, academic historians have had little exposure to the real world, let alone to life-or-death situations. To quote from Drake’s famous speech following the execution in 1578 of Thomas Doughty at San Julián Bay, the same place where Magellan hanged one of his mutinous captains in April 1520: ‘I must have the gentlemen haul and draw with the mariner.’ Perhaps not literally in the case of a historian; but certainly metaphorically, in the sense of possessing sufficient life experience to empathise with Drake’s situation and admire how he transformed an act of brutal necessity into an inspirational command moment.

The last biography of Drake, Harry Kelsey’s Sir Francis Drake: The Queen’s Pirate (1998), featured every discreditable detail that could be gleaned – or insinuated – from the documentary record. There was no historical imagination, only the relentless intrusion of the petit bourgeois sensibility that infests the modern American academy. My motivation to write Sea Dogs came from reading Kelsey’s subsequent biography, infamously titled Sir John Hawkins: Queen Elizabeth’s Slave Trader (2003), and by the grovelling apology made by one of Hawkins’ descendants for his ancestor’s supposedly pioneering role in the African slave trade.

Well now: leaving aside the fact that the Arabs had been raiding and trading for African slaves for centuries (and continued to do so into the 20th century), well-established, highly profitable slave markets existed in Portugal, Spain, France and even the Papal States at the time Hawkins made his slaving voyages. No slave emporium existed in England, then or later. Furthermore, although Hawkins made use of royal ships hired by courtiers, it was they and not the queen who were investors in his voyages. How then could he have been ‘Queen Elizabeth’s Slave Trader’?

This is not to deny that the ancestor-worship of an earlier age was any less unhistorical. Hamshere’s article is singularly uncritical and infused with a golden glow of faith in state institutions that still lingers in the national psyche, making it extremely difficult to reform them. That glow was a carry-over from the century between the Northcote-Trevelyan reform of the civil service in the 1850s and its vast expansion during and after the Second World War, which sowed the seeds of the institutional corruption with which we are now familiar. Viewed dispassionately, what we have today is reverting to the historical – and global – norm, but still has some way to go before it approaches the venal rapacity that characterised Renaissance courts.

The conceptual framework proposed by Charles Tilly in 1985, that Renaissance state-making and the process whereby crime becomes organised are indistinguishable, is not one with which state-dependent scholars are at all comfortable. Nonetheless it is much easier to understand the period if one can accept the slightly hallucinatory vision of Good Queen Bess as the Godmother, the privy council as her Consiglieri, senior county officials as Capiregimi and that all contemporary governments were similarly constituted.

Which poses the far from trivial question of whether seizing someone else’s goods with the tacit approval of the supreme legal authority can be considered a crime at all. The queen became fond of Drake and referred to him as ‘my pirate’; yet, in the context of the time, if he was hers he could not be a pirate. If he was a thief then the queen was a receiver of stolen goods. Since this could not be, it followed that Drake was not a thief and thus deserving of honour.

And honoured he was, on the deck of the Golden Hinde at Deptford on April 4th, 1581, with Elizabeth I neatly involving France in what was an outrageous insult to Philip of Spain by handing the French ambassador her ceremonial sword to perform the act of knighting Drake. Ah, those were the days...

Hugh Bicheno is the author of Elizabeth's Sea Dogs: How England's Mariners Became the Scourge of the Seas (Conway, 2012) 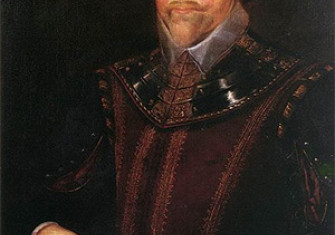 Drake's Voyage Round the World