Among the many, and possibly apocryphal, ‘student bloopers’ that have amused readers over the decades – think of the Greeks with their ‘Ironic’ columns, or Martin Luther nailed to the church door – the claim that Ferdinand Magellan ‘circumcised the globe with his 40-foot clipper’ has acquired particular notoriety. Actually, the real ‘blooper’ is the assumption that Magellan did indeed circumnavigate the earth at all. It is a myth on a par with another strangely resilient canard, immortalised by George Gershwin with the help of Frank Sinatra, Louis Armstrong, Ella Fitzgerald and many others: ‘They all laughed at Christopher Columbus when he said the world was round.’

Neither Columbus nor Magellan was interested in any such thing. Both had the same ambition: to sail to Asia across the Atlantic. Columbus, of course, stumbled across an unfortunate hurdle in the form of the American landmass in 1492, but to his dying day he did not deviate from the conviction that the land he had reached was in Asia.

Magellan had a slightly more open-minded view. He accepted that America was something new, and that it was an irksome obstacle on the way to Asia. But he was just as adamant as Columbus that the globe was a lot smaller than most of their contemporaries assumed. The idea that America might be a vast, previously unknown, hemisphere simply did not cross his mind. It was obvious to him that America was just a prolongation of the world known to Ptolemy, another great peninsula, like Indonesia and Malaya, and that there must be plenty of straits leading to the fabled isles of spices and countless other opportunities for plunder and self-aggrandisement.

How is it, then, that Magellan became an emblem of decency and scientific enlightenment – a man ‘so noble’ that ‘his faults’, in the words of the Cambridge geographer F.H.H. Guillemard writing in 1890, ‘were those of strength’ and who committed ‘no act of cruelty in an age of cruelties’? Even in our age of statue iconoclasm, Magellan has been spared the opprobrium that afflicts most of his contemporaries. And yet, as Felipe Fernández-Armesto demonstrates in this painstakingly researched book, Magellan was duplicitous, disloyal, callous and cruel. He was also a complete failure. The myth of his alleged achievements emerged from the copious and contradictory evidence that he and his admirers – and detractors – left behind, evidence that no historian has hitherto managed to navigate. Even the most commendable efforts to assess Magellan in the context of his failures, Fernández-Armesto tells us, have ‘lacked the contextual knowledge, historical sensibility, humanistic discipline, and factual command’ required by the task.

This is precisely what the author has set out to remedy. In the process, he guides us expertly through Magellan’s difficult childhood in Portgual, his courtly education as a page to Eleanor of Viseu and later service under Manuel I, his voracious reading of chivalric romances, his early forays, starting in 1505, into the competitive world of young men offering their services to the Portuguese monarchy in the east, his ordeals on the shoals of the Maldives in 1509, the various contacts he made in Sumatra and Malacca between 1511 and 1513 and the first inklings of the existence of an archipelago that would in time come to be known as the Philippines.

Back in Europe, we see him renouncing his Portuguese nationality and defecting to Spain after a disastrous expedition to Morocco in 1514, where he acquired a limp that he would keep for the rest of his life. In Spain he settled in Seville and acquired a wife, Maria Caldera Beatriz Barbosa, two children and a new patron: Charles V. The Spanish king wanted a short route to the Moluccas and Magellan took up the challenge. Thereafter, we are taken on the formidable voyage that set sail in 1519, first across the Atlantic to Patagonia where, faced with the prospect of mutiny after many frustrated disappointments, Magellan eliminated his opponents by either stabbing, strangling or stranding them. By the time he emerged from the tortuous journey through what became known as the Strait of Magellan, which most of his companions understood to be more of an obstacle than a gateway, Magellan’s demands for obedience can only be described as paranoid. He never recovered a sense of reality. He drove his starving and scurvy-afflicted fleet, in defiance of the king’s orders, beyond its declared objectives, in a stubborn effort to reach the Philippines. Once there, he was overcome by religious enthusiasm. Having converted more than 2,000 of the local population to Christianity, he willingly resigned himself to death in battle trying to convert more.

In the wake of Fernández-Armesto’s authoritative biographies of Columbus and Amergio Vespucci, as well as his many explorations into global history and the history of exploration, it is difficult to think of a better-equipped historian to undertake such a daunting task. Not a page in Magellan’s career seems to have been left unturned. Where evidence is lacking, disciplined imagination comes to the rescue. Where attitudes are difficult to understand, apt comparisons with modern conventions serve to place them in a recognisable context. ‘Explorers lied’, Fernández-Armesto explains: like academics seeking promotion in modern universities, ‘they found modesty an encumbrance and accuracy a superfluity’. This delicious gem is just my favourite in a number of asides that make an otherwise dense exploration of intricate, recondite and frustratingly contradictory detail as approachable and enjoyable as the very best after-dinner conversation. The book is a brilliant triumph.

Fernando Cervantes is Reader in History at the University of Bristol and the author of Conquistadores: A New History (Allen Lane, 2020). 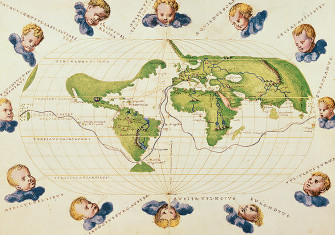 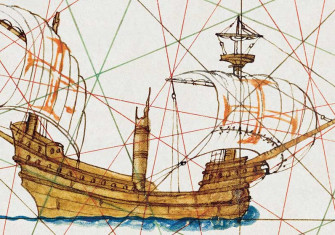