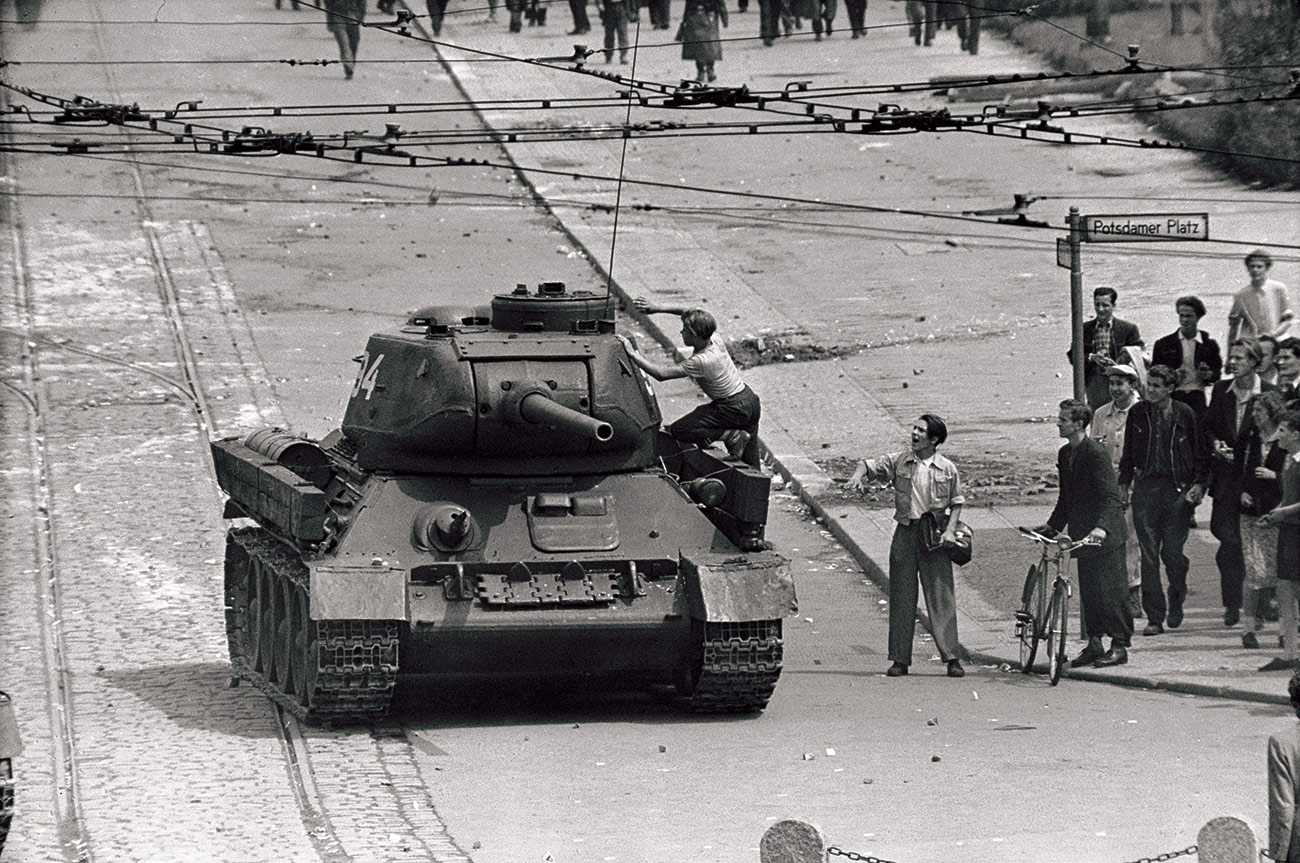 Day of Dissent in the DDR

The East German Uprising of 1953 was the first major revolt to take place in the Soviet Bloc.

The first uprising in the Eastern Bloc took place on 17 June 1953. On that day, up to one million citizens of East Germany demonstrated for the removal of the ruling Socialist Unity Party (SED), for better living conditions, free elections and the reunification of Germany. In more than 700 cities, towns and villages, protesters vented their fury at the SED and its leader Walter Ulbricht. Only the arrival of Soviet tanks and troops in the late afternoon saved the regime from catastrophe.