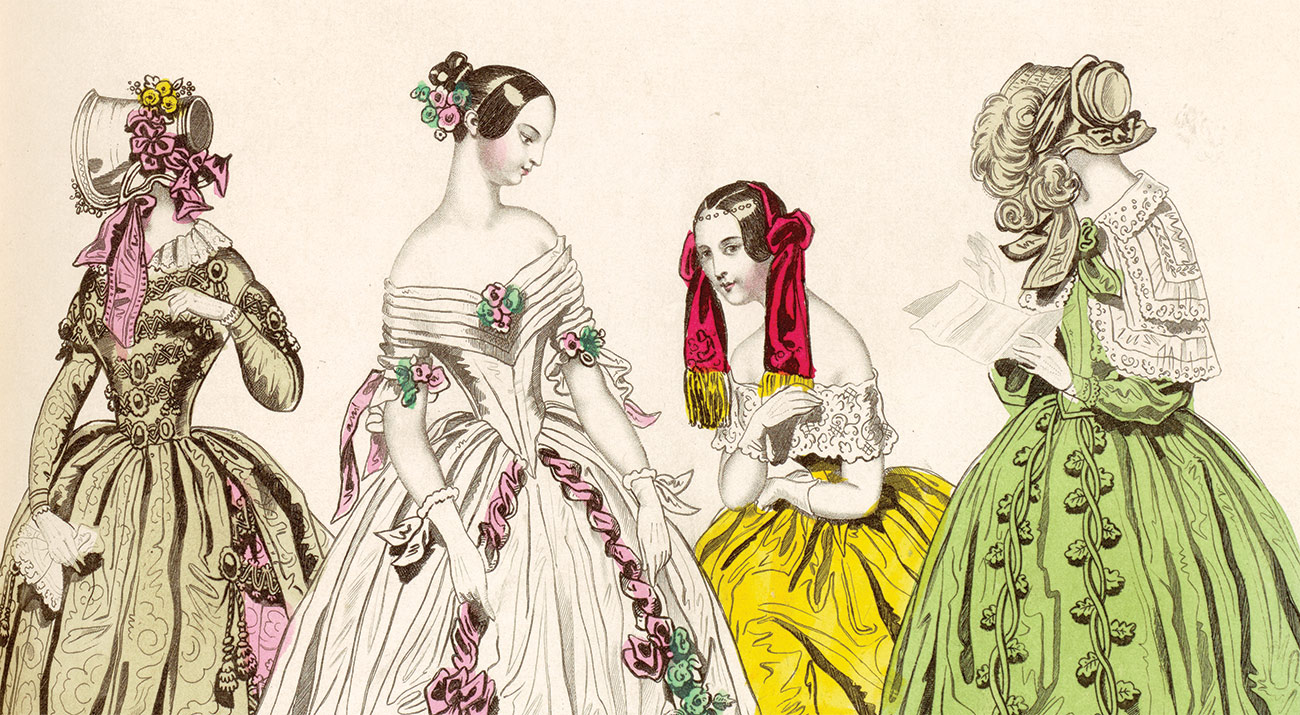 Stooping posture reminiscent of the consumptive, from the Magazine of the Beau Monde, 1842.

Consumptive Chic: When Tuberculosis was the Height of Fashion

During the late 18th century the physical effects of tuberculosis became the ideals of beauty for the fashionable woman.

The idea of disease as fashionable, or at least as something to be emulated, remains a familiar one: think of the heroin chic of the 1990s or the underground Pro Ana movement, which glorifies anorexia. The idea, however, that tuberculosis – a disease characterised by wasting, diarrhoea, coughing and the spitting of blood – could enhance its victim’s beauty is less relatable. Yet, during the late 18th and early 19th centuries, cultural ideas about beauty intertwined with the reality of tuberculosis (known as consumption or phthisis), allowing the ravages of the illness to be seen as markers of beauty. Tuberculosis became the site of a battle between professional and popular ideologies of disease – a conflict that played out both in beauty practices and dress.