The beheading of Charles I on January 30th, 1649, left an indelible mark on the history of England and on the way that the English think about themselves. It was the climactic moment of the Puritan Revolution and it also changed the whole character of the conflict. Most of the people who had taken up arms against Charles I seven years earlier were opposed to his killing, if not outraged by it. They knew that it would destroy their cause, though they could not have foreseen how lasting the condemnation of the regicide would be.

Charles’s death in front of the Banqueting House in Whitehall on a bitterly cold afternoon transformed him from an impossible king into a royal martyr. The submissive dignity of his bearing on the scaffold was immortalised the following year by the poet Andrew Marvell. In ‘An Horatian Ode Upon Cromwell’s Return to Ireland’, Marvell contrasted Charles’s manner with what he portrayed as the vindictive humbug of the Puritan soldiers when they ‘did clap their bloody hands’ at the king’s death:

He nothing common did or mean
Upon that memorable scene:
But with his keener eye
The axe’s edge did try.
Nor called the gods with vulgar spite
To vindicate his helpless right,
But bowed his comely head
Down as upon a bed.

On the day of Charles’s burial at Windsor, February 9th, a book was published with the subtitle The Portraiture of his Sacred Majesty in his Solitudes and Sufferings. Drawing on private writings of the king, it had huge sales. Not even the pen of John Milton, who wrote a reply to it on the new republic’s behalf, could dent the impact of its sympathetic account of Charles’s reign and character.

How had the regicide come about? The MPs who went to war with Charles in 1642 claimed to be fighting not for parliament against the king but ‘for king and parliament’. They contended not against regal majesty but against the perversion of it. They were careful to blame recent assaults on the subject’s liberty and on the existence and rights of parliament not on the king himself but on evil advisers who, they alleged, had deliberately misinformed him. They attributed the attacks on Puritanism, a still more serious matter to many Roundheads, to the bishops, whom they likewise accused of leading their royal master astray.

Yet wars, once embarked upon, have to be won. The fighting and winning of them can radically extend their aims. The New Model Army, raised in 1645 to end the carnage, acquired revolutionary goals in both politics and religion. Only slowly did its generals come to contemplate trying the king. The decisive event was the Second Civil War, fought in 1648. It centred on an invasion by a Scottish army, with whose leaders Charles had been conspiring even as he negotiated, ostensibly in good faith, for his restoration by the English parliament. In 1647 Oliver Cromwell and his ally and son-in-law Henry Ireton had conducted their own negotiations with him. Now they concluded that Charles’s innate duplicity would wreck any settlement. There could be no lasting peace, they decided, while he remained alive.

They had become no less distrustful of parliament. MPs were ready to join with the king to crush the religious sectarianism among the troops, which Cromwell, whose guiding principle was liberty of conscience, was determined to protect. Behind the royalist uprisings of the Second Civil War the army saw an alarming national mood which would unite king and parliament against the New Model and oblige it to disband with its goals unfulfilled. Entwined with the anger and sense of betrayal that swept through the soldiery, there ran an ever keener sense of divinely appointed mission. Did not the New Model's astonishing series of successes mark it out as the instrument of providence, as the agency chosen by God to confound a king whom the soldiers compared with the tyrants of the Old Testament? In December 1648 the army marched on London, purged the parliament by force and allowed only that minority to remain -the Rump Parliament - who would sanction the trial of the king.

Yet the regicide was a huge risk. Not only would it alienate most of the English nation, but Charles was King of Scotland and King of Ireland too. The English regime that replaced him had to wage the daring and massively expensive campaigns in which Cromwell conquered the neighbouring nations. Forty winters later, the deposers of Charles's son James II would face a similar challenge in those lands. But at least they had, in James's son-in-law, William of Orange, a member of the royal family willing to take the king's place. The regicides of 1649 had none. What were they to do? They, or anyway most of them, were not republicans. They believed in kingship, with constitutionally limited powers. In charging Charles with treason they accused him partly of war crimes, as the man who had declared war on his people and shed their blood, but also of breaking the limits of his rightful authority. Once they had removed him, however, they could see no alternative to removing the monarchy itself, as they did in hesitantly worded legislation. Because the House of Lords would not sanction the trial of the king, it too had to be abolished. The remainder of the House of Commons, the sole remnant of the ancient constitution, claimed sovereign power, which it held under the army's shadow. It claimed to hold authority as the representative of the people, but the people neither were nor wished to be represented by it.

The following 11 years of kingless rule produced a series of improvised constitutional experiments, none of them striking roots in national affection and all of them destroyed by the army's dissatisfaction with the regimes it had set up. The public mind learned to associate the principle that tyrants should be brought to account with military rule and sectarian anarchy. The Restoration of Charles II in 1660 was greeted with a popular rejoicing that revealed the widespread hatred of Puritan rule.

The restored monarchy exploited that sentiment and kept it alive. Signatories of Charles I's death warrant were dragged through the streets to hideous executions at Charing Cross or Tyburn. Cromwell's corpse was exhumed from Westminster Abbey and exposed on a pole to public derision. The date January 30th was set aside for perpetual lamentation in the calendar of the Church of England, which required congregations to acknowledge God's mercy in freeing the land 'from the unnatural rebellion, usurpation and tyranny of ungodly and cruel men, and from the sad confusions and ruin thereupon ensuing'. In each church the minister was either to read from official homilies against disobedience to kings or 'preach a sermon of his own composing against the same argument'.

In the later 17th century, Tories turned January 30th into what their enemies called a 'general madding-day', on which seditious doctrines were excoriated. Sermons recalling Charles's execution would arouse annual excitement and debate until far into the 18th century and denunciations of the regicide would survive in the Church's liturgy until far into the 19th. The great battles of Tory and Whig, and then of Tory and Liberal, turned on memories of the Civil Wars to an extent that can startle our own time, when politics have become so much less politically and historically informed.

Until the Victorian age, when the balance of public sympathy swung in favour of the Roundhead cause, the Tories won the argument. Mainstream Whigs were as eager to bury the memory of the regicide as Tories were to preserve it. Though their own programme was, in fact, close to that of the parliamentarians of 1642, the Whigs found their historical pedigree tainted by the coup of 1649. 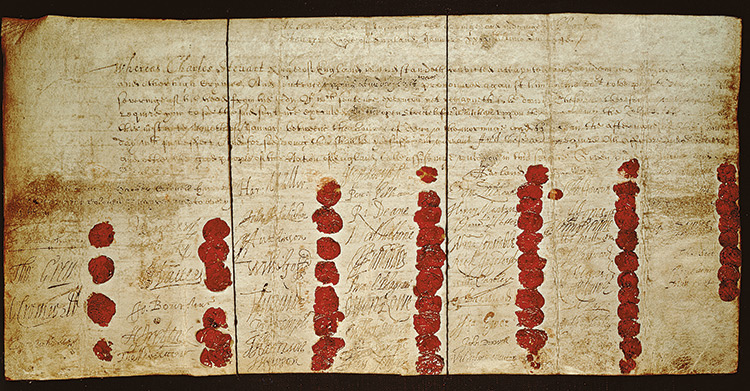 Yet on the radical fringe of the Whig party there were brave spirits who answered the Tories back. In the 1690s the deist John Toland and others portrayed the overthrow of James II in 1688 as a missed opportunity to reassert the principles of 1649. In the mid-18th century the regicide was commemorated by writers led by the antiquary Thomas Hollis, who commemorated 'that famous piece of justice,' in which 'we have great cause to rejoice'. He financed the publications of handsomely produced books saluting the event and exported them to the European mainland. He also sent them to America, where they may have had a more profound influence than in England.

Hollis' endeavours were heightened by the accession in 1760 of George III, who in the early years of his reign was widely seen as another Charles I in the making. Enthusiasts for the regicide chose their ground carefully. They distanced themselves from the biblical zeal of Charles's judges, which with the decline of Puritanism had come to look like seditious cant. They did not argue for republican rule. But they praised the courage of the regicides in asserting, at such risk to themselves, the principle that rulers are answerable to their subjects and in bringing a tyrant to justice. The warning to George was clear.

It was the goal of Toland, Hollis and their followers to reclaim the regicides from Tory calumny and to demonstrate the integrity of their motives and conduct. They compared them to heroes of ancient Rome, especially Brutus and Cassius, the slayers of Julius Caesar. But there was a difference. The regicides, as they themselves had proclaimed, had not resorted to the lawlessness of assassination. They had tried the king in open court, where they had demonstrated, as they believed, the illegal course of his rule.

The pleas of the radical Whigs failed. Even in the 19th century the regicide remained a troubling memory. It is not a comfortable one even now. The king's death and the creation of the republic fractured the continuity that has otherwise been the proud characteristic of the English constitution. They induced an enduring mistrust of radical institutional change. If Charles I had not been executed, would we still have a monarchy now?

Blair Worden is Research Professor of History at Royal Holloway, University of London. He is the author of The English Civil Wars (Weidenfeld and Nicolson). 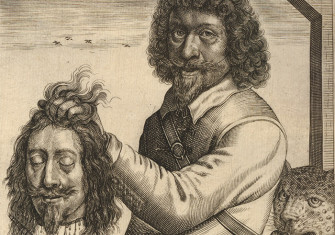 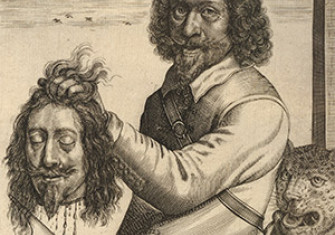