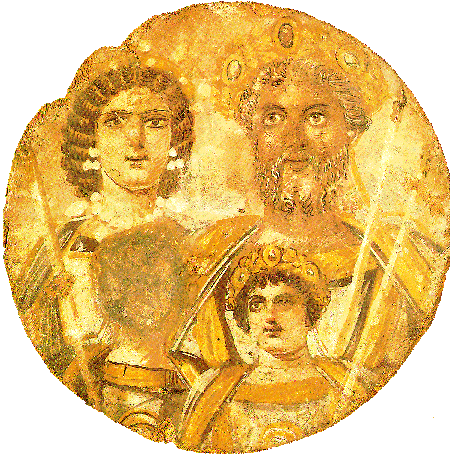 Edward Gibbon thought that the decline of the Roman Empire began with Severus (b. AD 145). He came from Leptis Magna, a thriving port with a fine natural harbour in what is now Libya, near Tripoli. His mother belonged to an influential Roman family, but his father was Carthaginian. The future emperor grew up speaking Latin with a provincial accent and his biographer Anthony Birley called him Rome’s ‘first truly provincial emperor’. He went to Rome in his teens and his mother’s family helped him on his ambitious way up until in 191 he was made governor of Upper Pannonia, covering parts of today’s Hungary, Austria and Bosnia. In 193, at his suggestion and promises of reward, his troops proclaimed him emperor after the murder of the Emperor Pertinax by the Praetorian Guard. Severus led his army swiftly to Italy, took Rome and over the next four years crushed the rival claimants.

He ruled Rome as a military dictator, with his sons Caracalla and Geta as Caesars. At substantial expense he beautified his native city of Leptis Magna, whose ruins are considered the most impressive in Roman Africa and include a triumphal arch in his honour as well as an arena that seats 50,000 spectators. He built a new forum as well as the ‘hunting baths’ decorated with scenes including a leopard hunt.

After successful campaigns in the Near East and Africa, in 208 he took Caracalla and Geta with him to Britain. Though by this time suffering agonies from gout, or perhaps arthritis, he led an invasion of Caledonia (Scotland), whose inhabitants, according to the contemporary historian Dio Cassius, lived naked in tents and had their women in common. The mythical Celtic hero Fingal was afterwards credited with defeating the Romans in battle, but in fact, naked or not, the Caledonians avoided battles. They excelled in guerrilla warfare and they led the Romans a dance all the way up to the Moray Firth or beyond until a temporary peace was organised in 210.

Exhausted, ill and ready to die, Severus returned to York and ordered himself a cremation urn. When he saw it, he told it: ‘You will hold a man that the world could not hold.’

There was a story that Caracalla tried to bribe the doctors to hasten his father’s end. When the emperor did expire, aged 65, the troops acclaimed his two sons as joint emperors. The brothers went back to Rome where Caracalla had Geta murdered the following year. 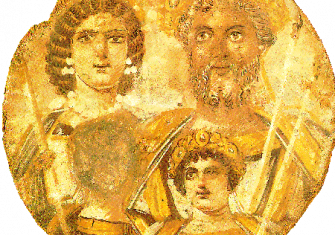