Edward VIII: A Prince in the Promised Land

At the end of the First World War, the British monarchy sought to strengthen bonds across the English-speaking world. Frank Prochaska discusses the ambassadorial role played by Edward, Prince of Wales, in the United States. 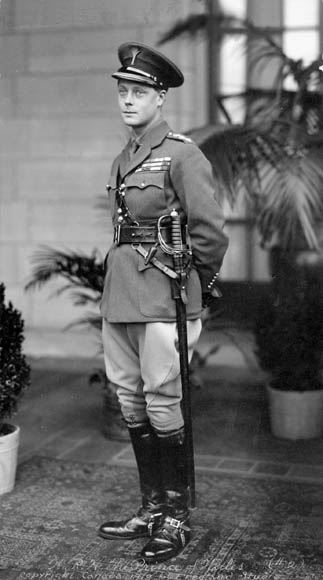 To the Prince of Wales, later King Edward VIII, America was, as he put it, ‘a country in which nothing was impossible’. He first came face-to-face with Americans in the First World War when he served as a staff officer, mixing happily, it was said, with all and sundry. Reports of his dancing with American nurses attracted attention in the US press, as did the fictitious story of his being shot by the jealous husband of a French waitress.

Initially, he had been critical of the United States for letting the Allies do the fighting. But once the Americans joined the war effort, his views changed. On a visit to their headquarters at Coblenz, 25,000 US troops paraded in his honour. Impressed by American discipline, the Prince wrote to his father George V that the United States was: