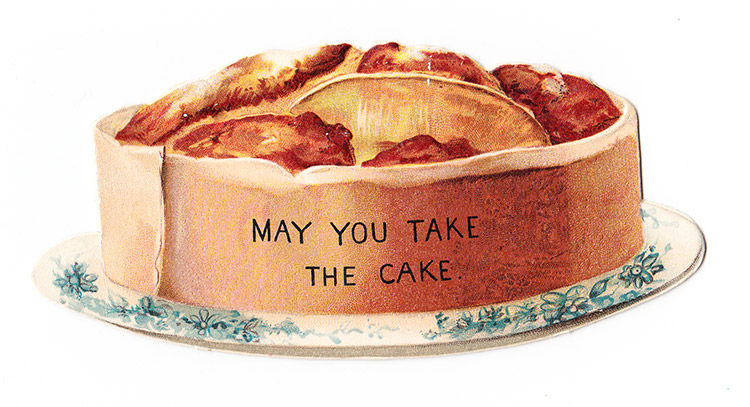 Every day appears to have become a National or International Day of something or other. Take 27 January. In addition to being the Feast of St Angela Merici, founder of Christendom’s first teaching congregation of women, it is now, apparently, National Chocolate Cake Day. To celebrate, Jonathan Healey, a mischievous young Oxford historian, offered the following post on social media:

Oliver Cromwell banned the eating of chocolate cake in 1644, declaring it a pagan form of pleasure. For 16 years, cake eating and making went underground until the Restoration leaders lifted the ban on cake in 1660. pic.twitter.com/PmsBZC4n1C

Anyone with a reasonable knowledge of British history will have guessed right away that this was a spoof, not least because Cromwell was serving under the Earl of Manchester in 1644 – the year of Marston Moor – and did not come to power until after the execution of Charles I in 1649. But the post was shared more than 500 times, reaching thousands of people, many of whom will now relate this ‘fact’ as fact.

Healey’s joke was brilliantly instructive. Cromwell represents a historical sweet spot for anyone who wishes to play havoc with people’s preconceptions – and misconceptions. He is a historical figure whose name is widely known – he came 10th in the BBC’s 2002 poll of 100 Greatest Britons. Yet the 1640s, and the 1650s in particular, during which Cromwell reached the peak of his political power, are little known and even less understood among the wider public – think of how many TV documentaries you have seen on the Tudors compared with the number devoted to the mid-17th century. Finally, the issues that made the age of Cromwell so turbulent are still with us: the role of Parliament; the relations between England, Scotland and, especially, Ireland; the origins of Britain’s Empire; its place in Europe; religious fundamentalism and much more. We are prone to jump on any evidence that supports our prejudices. Even cake news.