Churchill as Chronicler: The Narvik Episode 1940

In his actions and writings, Churchill made General Mackesy the scapegoat for the allied failure to recapture Norway in 1940. Was this a fair assessment? And why did Churchill pursue the cause with such bitterness? Mackesy's son explains.

In the summer of 1941 the patience of the War Office was being sorely tried by Winston Churchill's jubilation over the relief of Tobruk, the Libyan port which had been under siege by Rommel's Afrika Korps. Churchill was deriding the folly of those who had doubted the wisdom of holding the port. The Director of Military Operations, Major-General J.N. Kennedy, regarded the success as an ill-deserved stroke of luck, attributable not to the military intuition of Churchill but to the diversion of German resources for the invasion of Russia.

Kennedy guessed, however, that Churchill's version of events would prevail. 'He has a very keen eye to the records of this war', Kennedy wrote in his diary, 'and perhaps unconsciously he puts himself and his actions in the most favourable light even at the cost of being unfair to others'. 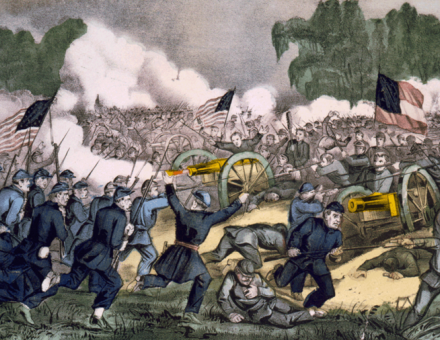 Was the American Civil War the first Modern War?