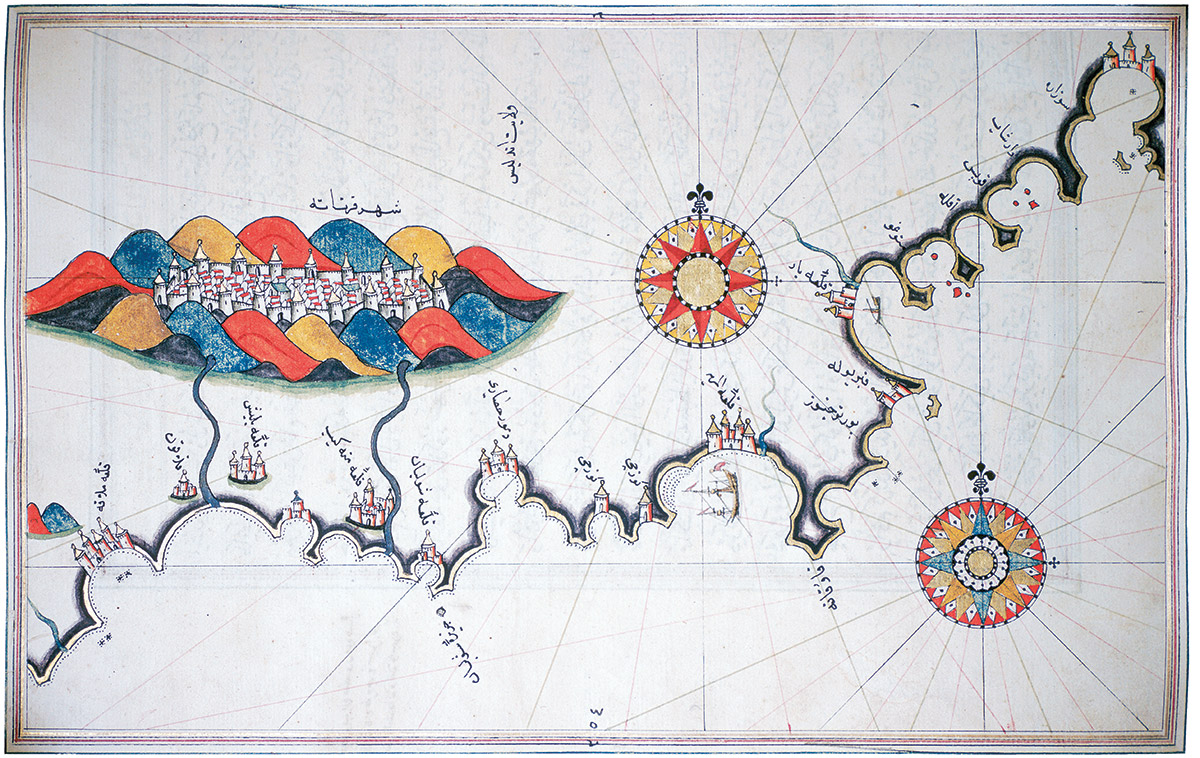 Kate Wiles highlights the Ottoman cartographer Piri Re’is and his charts, which blend navigation and art.

Ahmed Muhiddin Piri (1465/70-1553), was an Ottoman admiral and cartographer, better known as Piri Re’is (Re’is is a Turkish naval rank, akin to captain). He was the cartographer, in 1513, of one of the oldest surviving maps to show America, produced at the peak of the Ottoman Empire’s power. It was discovered in the old Imperial Palace in Constantinople in 1929 when the Turkish government, under Atatürk, catalogued its possessions in order to convert it into a museum. Only a third of the original map survives, which shows West Africa and central and eastern America. Marginal notes on the map explain that it is based on a map of the Indies by Christopher Columbus, although that map has not been found.

Piri is perhaps best known for Kitab-i Bahriye (Book of Navigation), in his words, ‘a book on the science and art of navigation’, first published in 1521 and later revised and presented to Suleiman I ‘the Magnificent’. The book is a compilation of portolan charts, sea charts or sailing guides, which incorporate lines marking the compass points. The focus of such charts is on the coastlines and their notable features, with little detail of the inland shown, in order to be of most use to navigators at sea.

Kitab-i Bahriye maps the Mediterranean and Aegean Seas and contains information on the practicalities of seafaring and navigation, such as astronomy, climate, anchoring points and the local peoples and cultures a navigator might encounter – including watering locations in safe spots across the ‘infidel sea’. The charts are notable for their remarkable accuracy as well as their artistic accomplishment and the accompanying detail. This map of the coast of Andalusia and the city of Granada is taken from the revised version. 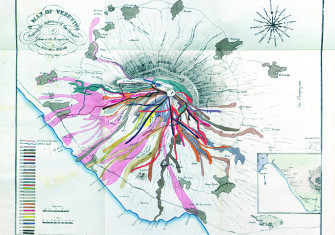 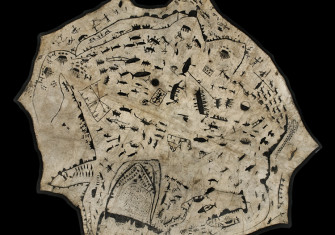