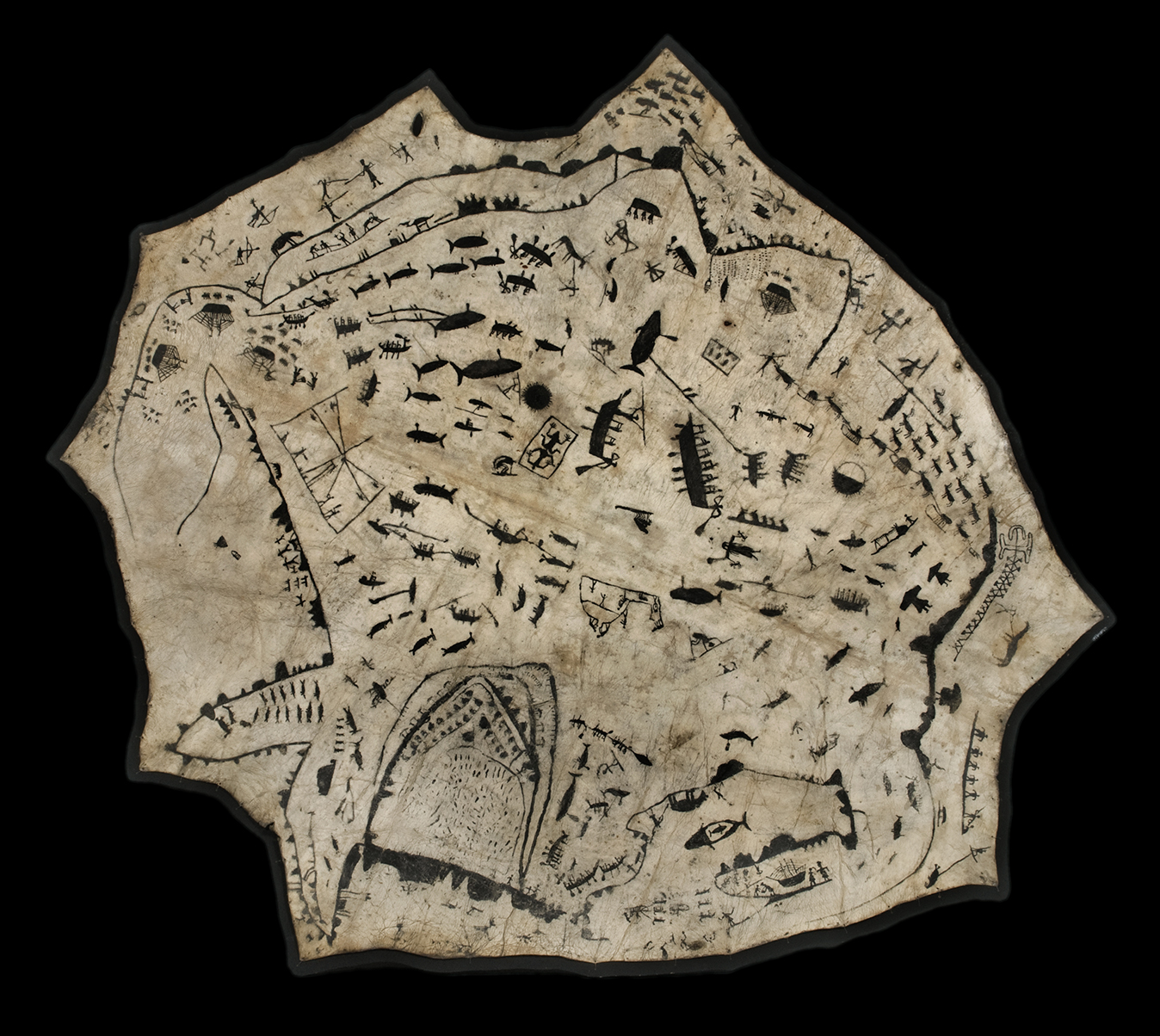 A chart drawn on seal skin challenges our ideas of what constitutes a map.

This map, drawn on seal skin, was collected by the captain of an Arctic whaler in the Bering Strait in the 1860s or 1870s. The artist was probably a hunter and trader from the Chukchi settlement of Unaziq on Cape Chaplin (which can be seen on the left of the skin).

It has been suggested that the skin is a calendar of the events of one year in the region, or that it simply depicts various scenes of daily life. As the scenes depicted can be located geographically, however – shorelines can be identified on both sides of the Bering Strait – it does also act as a map of sorts. As the historian Jeremy Black has said, the skin ‘challenges our ideas of what constitutes a map’.

Part of the problem in defining it is that the map is unique to Chukchi art, in size and in detail, which may suggest it was created specifically to be sold to European or American traders.

Many aspects of Chukchi life are depicted here: hunting, herds of animals, villages with shamans, fight scenes, ships and kayaks and figures who, from their dress, can be identified as westerners, Russians and natives. They are shown hunting a great variety of prey: whales, walruses, seals, reindeer and bears. Towards the bottom, a three-masted ship can be seen, approached by two sledges pulled by dog teams. Two figures on the shore, dressed in native and non-native clothing, appear to be trading. To the right, a man leads a train of five reindeer and sledges past a herd of reindeer to a trade market (the name Chukchi comes from a word meaning ‘rich in reindeer’). Nearby, a man harpoons a seal at an ice hole. 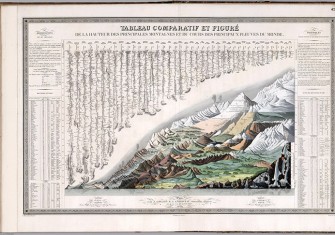 The Map: The Principal Mountains and Rivers of the World, 1829 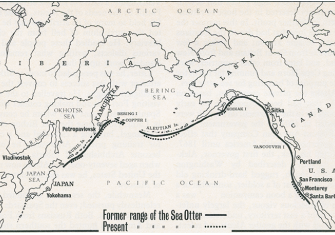