Ronan Thomas takes a look at the cultures of Korea after becoming independent from Japan in 1945.

On Independence Day August 1995, to the accompaniment of patriotic music, folk dancing and a large floating national flag, South Korean engineers using explosives removed the cupola from the neo-classical Seoul Capitol (Chungang-Chong), a building symbolising the historical oppression of Korea by Japan.

To many South Koreans it was a moment to be savoured, a rebuff to Japan's historical attempt to disrupt Korean traditions and eradicate Korean national culture during the period of her colonial rule from 1910 – 1945. In the ritualised destruction of the Capitol, a loathed edifice, deep forces of religion, historical memory and national identity are at work.

The Seoul Capitol building (1926) served as the offices of Japan's colonial administration (Government General), from the forced colonisation of Korea until its defeat in 1945, and is mewed by many Koreans as a hateful if now anachronistic architectural legacy and symbol of Japanese subjugation. Already stripped of its cupola, the building is now in the process of demolition as part of South Korea's purging of its colonial past at an ongoing cost of several million dollars. 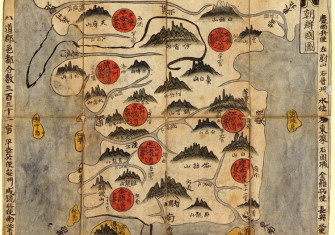