Birth of the Emperor Caligula

The future emperor was born on August 31st, AD 12. 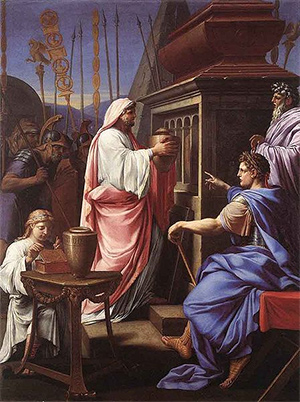 Caligula was a nickname meaning ‘Little Boot’ or ‘Bootikin’ that was bestowed on the future emperor when he was a small boy by his father’s soldiers in Germany, where he paraded around among them in a miniature legionary’s uniform. It was said that when he grew up, he disliked it. His real name was Gaius Julius Caesar Germanicus and he was born 30 miles or so south of Rome, on the coast at Antium. His father, Germanicus, was a grandson of the Emperor Augustus and extremely popular. After commanding in Germany he was given a major role in the eastern provinces by the Emperor Tiberius (Augustus’ stepson and successor), who had adopted Germanicus as his nephew. The family relationships of Julius Caesar’s descendants were extraordinarily complicated and often savagely hostile; Caligula’s mother Agrippina was a grand-daughter of Augustus.

Augustus died in AD 14 and Tiberius succeeded him. Germanicus died at Antioch five years later, possibly poisoned, when Caligula was still only a boy and Agrippina took her children back to Rome. She hated Tiberius and in AD 29 was banished to an island between Italy and Sardinia, where she died in AD 33. Caligula was her only surviving son and had three sisters, Agrippina the Younger (future mother of the Emperor Nero), Drusilla and Livilla. Since the year 31 he had been living on the island of Capri with Tiberius, who after eliminating many real or possible opponents had retreated there in fear of assassination. Somehow Caligula managed to survive, though he afterwards claimed he had come close to murdering the emperor, while Tiberius is said to have remarked that he was ‘nourishing a viper’.

Tiberius died in AD 37 when Caligula was 24. The other candidate for the succession was a grandson of Tiberius called Gemellus, who was 17. The Praetorian Guard, the imperial bodyguard, intervened under its commander, a man named Macro, to make sure that the Senate chose Caligula. Not long afterwards Caligula forced Macro to commit suicide and had Gemellus killed.

Caligula was very popular at first, but he came down to history as a viciously cruel and depraved megalomaniac. How far the stories about him were true is impossible to know, because there is such a shortage of contemporary sources. The main authority is the historian Suetonius, who was writing some 80 years after Caligula’s death. Sadly, the most famous story about the emperor, that he tried to make his horse Incitatus a consul, is considered definitely untrue.

In addition to four successive wives, Caligula was said to have enjoyed all three of his sisters in bed and sold their sexual services to other men. He threatened numerous other aristocratic women into submitting to him and went round boasting about it. He staged trials of innocent people so as to confiscate their estates, while lavishing quantities of money on luxuries for himself. He also provided spectacular games in the Circus to entertain the common people and retain their loyalty, although bored on one occasion and, with no criminals available that day, he allegedly had a group of the spectators thrown to the wild beasts in the arena to liven things up.

Unlike his predecessors, Caligula was an idler. He could not be bothered with the hard routine work of his office, which he handed over to assistants while he enjoyed himself. He became increasingly suspicious and resentful of the Senate. Many suspects were killed or banished and the emperor began publicly praising the advantages of full-scale autocracy and insisting that he was already a god and must be worshipped while still alive (unlike his predecessors).

In the year 40 Caligula led an army into Gaul and reached the Channel shore for what it seemed was to be an invasion of Britain. However all he did was tell the legionaries to collect seashells as the plunder of the conquered ocean. Then he led them back to Rome for a triumph.

For all the misgivings about the evidence, it is difficult not to think that he had gone mad and, after less than four years of Bootikin, the Praetorian Guard decided that enough of him was enough. A group of officers organised a plot with the surreptitious support of some Senators and on January 24th, 41 the emperor was cornered and stabbed to death at the Palatine games. He was 28 years old. Caligula’s current wife, Caesonia, was killed as well and their baby daughter and only child had her brains bashed out against a wall.

Some in the Senate hoped to use the situation to restore the republic, but the Praetorian Guard ensured that the successor was Caligula’s uncle, Claudius, Germanicus’ younger brother. He was the last adult male of his family left alive and the one who would conquer Britain. 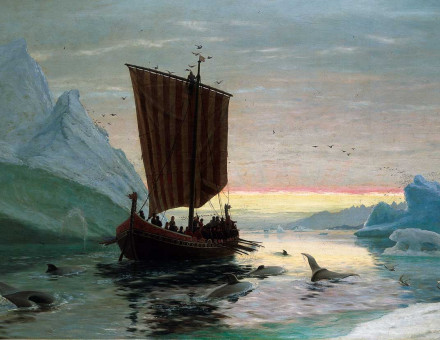 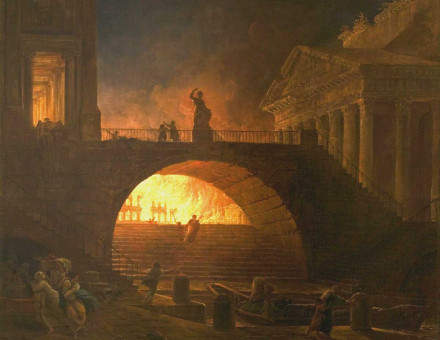