Alexander I of Yugoslavia assassinated 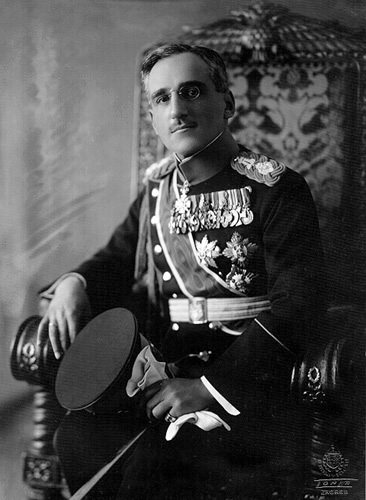 A cameraman happened to be at exactly the right spot when King Alexander, in Marseilles at the beginning of a state visit to France, was being driven through the streets in a car with Louis Barthou, the French foreign minister. He was only a few feet away when a gunman jumped out of the crowd and shot both the king and the chauffeur dead. The car stopped, with the king slumped in the back, while the cameraman continued filming.  Louis Barthou was shot, too, and mortally wounded, possibly by mistake by a French policeman in the general confusion.

The assassin, Vlado Chernozemski, was struck down with a sabre by a French mounted officer and beaten to death by the crowd or shot by the police or both, according to varying accounts. He was a 36-year-old Bulgarian who belonged to a Macedonian revolutionary organisation, which wanted to secede from Yugoslavia, and was allegedly in league with Croatian separatists, the Ustashas, who were backed by Benito Mussolini’s Italy. Sentenced to death for killing the leader of the Bulgarian Communist Party in 1924, but later freed in an amnesty, he had fought in numerous battles in Macedonia against the Serbian police.

The kingdom of Yugoslavia had been created by the Paris peace conference after the First World War, at first as the Kingdom of Serbs, Croats and Slovenes. It was made up of territory from the former Ottoman and Austrian empires, including Serbia, Croatia, Bosnia and Herzegovina, Montenegro and Macedonia, and its deeply divided collection of nationalities made it almost impossible to hold together. It was dominated by the Serbs and ruled by their Karageorgevic dynasty. Alexander, the second king, succeeded his father on the throne in 1921. In 1929, after years of turmoil and violence, he abolished the original constitution, made himself dictator and renamed the country Yugoslavia. He was 45 years old when he was killed.