Since gaining independence Botswana’s history has not not been without turmoil, but the country has emerged as a model African state. Botswana achieved independence from Britain on September 30th, 1966. In the 50 years since, it has become one of Africa’s success stories, though that success has also involved a half century of contradictions and difficulties. Its history certainly did not begin with independence. From AD 200 to 500, Bantu migrations from what is now Katanga in the Democratic Republic of Congo and northern Zambia swept southwards and, in Botswana, established the Toutswe state, built on cattle herding and control of the trade in gold, which found its outlets on the Indian Ocean coastline. There was a coin currency based on coastal shells. This made the area attractive to what became, from the 11th century, the Great Zimbabwean state, with its long line of stone cities that acted as way stations for the gold trade, as well as that in salt and hunting dogs. Ancient Botswana was part of a complex, competitive and well-organised trading system, which dealt with the outside world. Great violence came in the 19th century with the conflicts between Ndebele and Shona peoples, which wracked Zimbabwe well into the 20th century, and with the white Boer settlers expanding from the Transvaal. 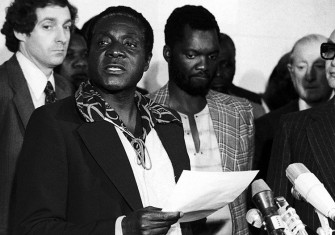 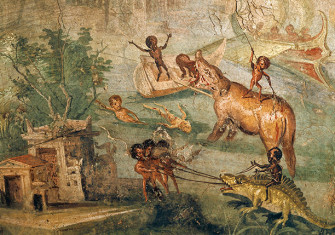