Napoleon: Cutting a swathe through Europe 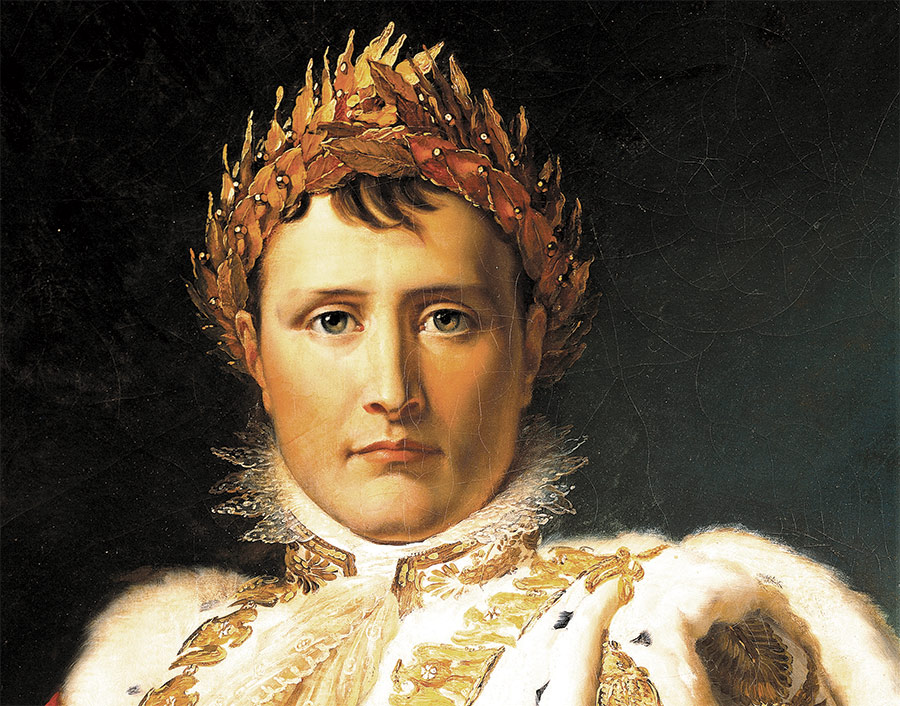 This is the second, stunning instalment of what will evidently constitute an outstanding three-volume biography of Napoleon, which explores the extraordinary feats of his central years in command. Superlatives are in order, for after 1805 the French won a series of astounding victories, including Austerlitz, Jena and Friedland. Napoleon’s subsequent ‘summit meeting’ at Tilsit in 1807, with Tsar Alexander I, saw the two emperors carve up the continent between them. As Michael Broers emphasises, this was a pivotal moment, inducing the hubris that led Napoleon to overplay his hand, notably by intervention in the Iberian peninsula. It sowed the seeds of his future struggle for survival, the great but costly triumph over Austria in 1809 notwithstanding.

The occupation of Rome brought a rupture with the papacy, ending the religious peace he had secured earlier, while family and collaborators were also pulling apart. Having finally divorced Josephine, Napoleon married an Austrian princess in 1810, where this part of the odyssey pauses.

This volume appears just as the Fondation Napoléon is publishing the final volume of its comprehensive edition of Napoleon’s correspondence, a massive project that Broers cites extensively, along with other recent work, including his own.

The greater part of this account comprises a brilliantly written narrative of campaigns and battles, as befits the main focus of this period: ‘Above all, this is a story of a general and his army, of their rampage across the old continent of Europe.’

Broers is perhaps a little over-indulgent towards a genius who wreaked such terrible havoc, in what has been described as ‘the first total war’ in history. The sheer exhilaration of the Grande Armée, marching at breakneck speed from one campaign to another, cannot hide the huge sacrifice of human and material resources which accompanied the spectacle. Driving far beyond the natural frontiers that the French Republic had already encompassed, Napoleon created client kingdoms to be ruled by members of his clan. This ‘game of thrones’ resembled those of the old regime, as Napoleon transferred his older sibling Joseph to Spain, in an echo of the Bourbon family compact, and then married a Habsburg himself. Individual relationships were inevitably strained and they are sensitively analysed. Broers documents Napoleon’s continuing affection towards Josephine, whom he divorced for dynastic reasons after he realised that he could produce an heir, but she could not. His younger brother Louis was dismissed from the Dutch kingdom in 1810 for incompetence, while longstanding but somewhat unfaithful servants Talleyrand and Fouché were also removed. Cambacérès remained a loyal and gifted ‘number two’, yet a growing loneliness surrounded Napoleon; when he experienced illness, the fragile nature of his achievement was thrown into vivid relief.

Besides the military and personal dimensions, there is some superb discussion of the situations prevailing in Rome, Naples, Spain and Holland, which reveal an author consummately at ease in different locations, bestriding Europe like his great subject. By contrast there is relatively little on France and the French. Unlike the great reforms of the Consulate, these imperial years were marked by fewer legislative achievements. Indeed, his re-creation of an aristocracy should be regarded in a negative light, though ‘enlightened’ reform was broadly applied elsewhere in the empire. However, Broers will doubtless turn more of his attention to the home front in the final volume of his gripping biography, when Napoleon eventually came to grief, yet still managed to re-emerge from the wreckage to stage the extraordinary (and influential) episode of the Hundred Days in 1815. It is eagerly awaited.

Malcolm Crook is Professor Emeritus of History at the University of Keele.