The King After Carta

The complex reign of Henry III, the fourth longest in English history. 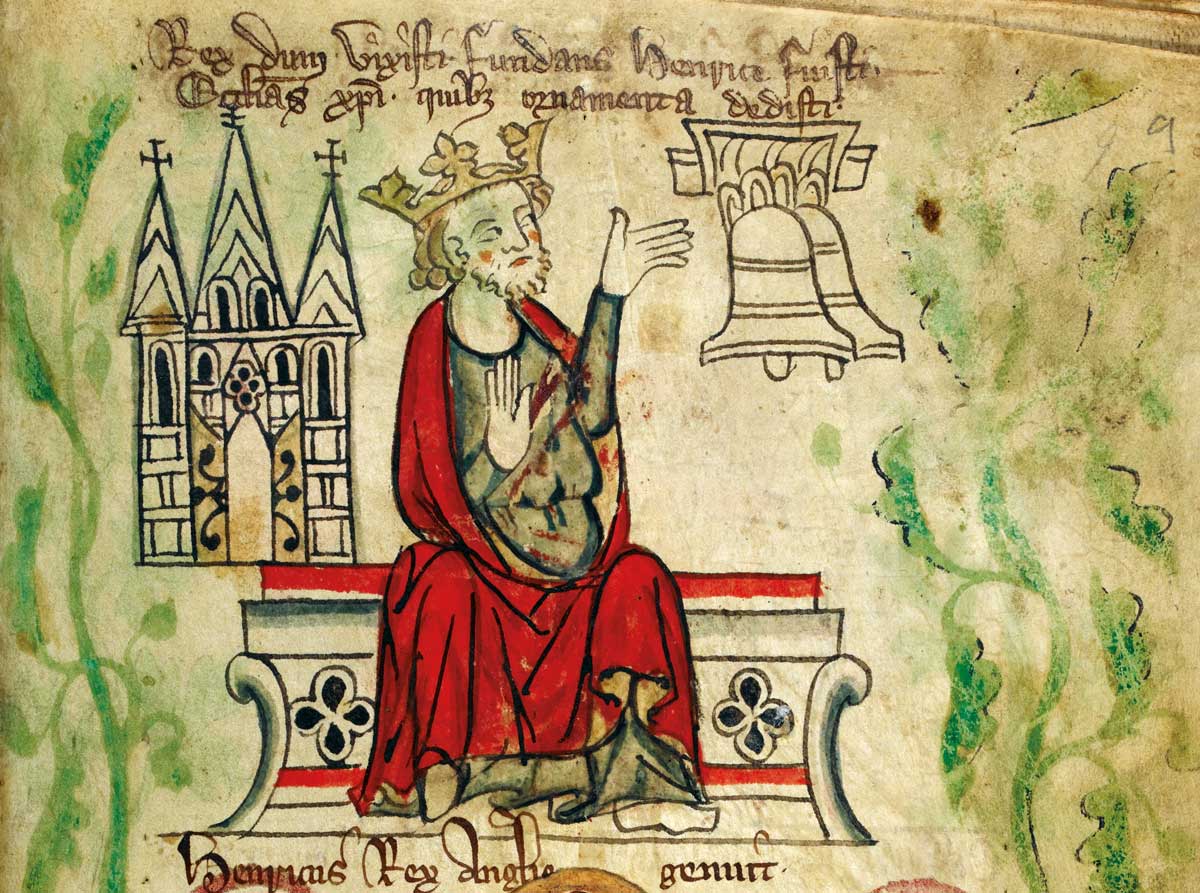 The reign of Henry III is difficult for the historian to summarise. Lasting 56 years, it is the fourth longest in English history, after those of Victoria, George III and Elizabeth II. In the early and middle years there was a long period of peace and relative harmony, forming a sharp contrast to the turmoil of John’s reign. Towards the end, however, there was bitter civil war between the king and the baronial reformers led by Simon de Montfort. The personality of the king himself, moreover, is difficult to capture. Some historians have seen him as a proto-absolutist, a man of high monarchical ambition, while others have pictured an essentially pacific ruler seeking the goodwill of his subjects.

Small wonder then that Henry has long been a conspicuous absentee from the list of rulers covered in Yale University Press’ ‘English Monarchs’ series. The sheer length of his reign and the complexity of the issues it raises have between them deterred all but the most dedicated prospective biographers. Sir Maurice Powicke in his King Henry III and the Lord Edward (1947) found it impossible to cover the reign other than in two volumes. When Powicke subsequently compressed the two into one, the result was among the most unsatisfactory contributions to the old ‘Oxford History of England’ series. David Carpenter has likewise found it necessary to resort to two volumes to do justice to Henry’s reign: The Rise to Power and Personal Rule is the first of a proposed pair, its sequel due the year after next. In every other respect, Carpenter’s study represents a vast improvement on Powicke’s effort of 70 years ago.

For one thing, Carpenter has drawn on a far wider range of sources than his illustrious predecessor. Crucially, Carpenter, in the course of nearly half-a-century’s research, has tackled the mountain of legal and financial material in the National Archives which Powicke, who worked almost exclusively from printed sources, neglected. What is striking about Henry’s reign is just how well documented it is. In much of that documentation, moreover – for example in the writs which the king despatched giving expression to his orders – we can actually hear the king speaking in a way that we rarely can later when there were intermediate stages in the line of communication. The result is a fuller and more intimate picture of Henry III than of almost any other medieval king.

Carpenter’s narrative takes us to 1258 and the onset that year of the long and unstable period of baronial reform and rebellion. It was a period that saw the justiciarship of Hubert de Burgh, the ending of Henry’s minority, de Burgh’s replacement by the unpopular Peter des Roches, des Roches’ dismissal and the establishment of Henry’s personal rule. It also saw the arrival of two groups of aliens (first the queen’s Savoyard relatives and then the king’s Lusignan half-brothers), the gradual rise of factional rivalry at court and the king’s embarking at the pope’s behest on his bid for the Sicilian throne. It was this last ill-judged initiative that provoked the assault on his powers in 1258 and the imposition on him of a reforming council which effectively took the government of the country out of his hands. To find out how the king responded to this assault on the prerogative, we will have to wait for the second volume.

Carpenter’s approach is to write what might be termed ‘thickened narrative’: that is, a cradle-to-the-grave biography padded out with contextual detail to give an idea of the wider world in which the king moved. One of the main questions raised by this approach is the extent to which a king’s actions can be assessed separately from a wider consideration of the political culture and imaginative structures of his age. In recent times, there has been a tendency among political historians to reject biography in favour of structural analysis and the study of behavioural norms. Carpenter himself is well aware of possible methodological objections to his work and is careful to offer his readers a sense of the social and intellectual framework within which Henry operated. Thus he finds the background to Henry’s piety, a major influence on his kingship, in the new religious world created by the decrees of the Fourth Lateran Council, the work of such pastorally minded bishops as Grosseteste and the developing ideas of purgatory, confession and penance. He sees a striking innovative characteristic of the king’s piety, his devotion to Edward the Confessor, as, in part, a response to the isolation in which he found himself after the dismissal of des Roches and, in part, a quest for a legitimising model for the more consensual style of government that he sought to create from the 1230s onwards. Above all, he finds an explanation for the unpopularity the king incurred from his favour to ‘alien’ courtiers rooted in the growing sense of English identity, a consequence of the loss of Normandy in 1204.

Perhaps the greatest influence on Henry’s kingship, however, is to be found in the new political dispensation created by the enshrining in English law of Magna Carta in the 1220s. No longer could an English king rule arbitrarily, as John had once done; henceforth he had to accept that, as the lawyer Bracton put it, ‘he was below God and below the law’. A major consequence of this was the requirement that the king seek consent to public taxation, consent which in Henry’s reign was often withheld. Yet, as Carpenter shows, Henry was in many ways the ideal king for a post-Magna Carta world. He did not challenge the Charter’s constraints, nor did he question parliament’s decision when taxation was denied him. Whatever the occasional frustrations that he might sometimes articulate, he was certainly no tyrant.

Carpenter’s view of Henry is essentially a benign one: he sees him as a generous and well-meaning man, unwarlike and of poor judgement admittedly, but nonetheless keen to achieve harmony between crown and subjects. It is a persuasive view. This is a magisterial biography, authoritative and yet accessible.

Nigel Saul is Emeritus Professor of History at Royal Holloway, University of London.