For many, Kafka is not only representative of the modern age, but its foremost prophet. 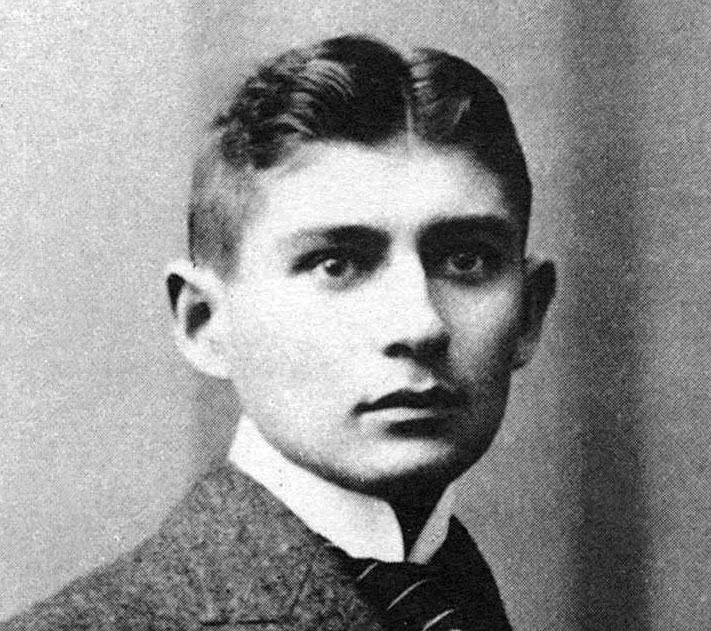 When Franz Kafka claimed ‘I am made of literature’ it wasn’t a metaphor, it was a metaphysical proposition. In his own case, he was suggesting, nothing distinguished between literature and life. Kafka’s case, however, was always much more than just his own: ‘Had one to name the artist who comes nearest to bearing the same kind of relation to our age that Dante, Shakespeare and Goethe bore to theirs’, wrote Auden, ‘Kafka is the first one would think of.’ For many, Kafka is not only representative of the modern age, but its foremost prophet.

His life in letters has had an afterlife that could easily have been written by Kafka himself. Their story is beautifully told by Benjamin Balint in Kafka’s Last Trial, which presents the prolonged legal battle over Kafka’s archive, including the original manuscript of The Trial, and which, in considering the case of each of the claimants, asks: who owns Kafka? And its corollary: where does Kafka belong?

It was Israel’s Supreme Court that was tasked with providing answers to questions that couldn’t be fairly judged without simultaneously betraying a writer who insisted that he did not even own himself and who, as much as he was tempted to belong to someone (a wife), or somewhere (Zion), never did seal any such deal. Kafka’s legacy was born in betrayal when his closest friend, Max Brod, refused to carry out his last wish: to burn his papers. Brod edited and published them instead, lending credence to Adorno’s notion that: ‘The crucial moment towards which everything in Kafka is directed is that in which men become aware that they are not themselves – that they themselves are things.’

Much as Kafka disavowed his own authority, it has proven remarkably impervious to those who would take it from him. So while, as Balint remarks, Kafka may be considered Brod’s ‘most enduring creation’, his book reveals that Brod is likewise one of Kafka’s most enduring creations: the archetypal subject who remains forever shut outside the mystery whose life’s great trial it was to promote, penetrate and own.

The real trial over Kafka’s literary legacy only came before the court when Brod died in Israel in 1968 and his estate, including Kafka’s papers, became subject to great dispute. The claimants were the named party of Brod’s will – his former secretary Esther Hoffe – and two national claimants, the National Library of Israel and the German Literary Archive in Marbach. Israel claimed Kafka for the Jewish state and Jewish literature. Germany claimed Kafka for the German language and, it implied, for universal literature. Until 2016 the court held that it was the private legatee who had the right to what Brod had bequeathed, even if, just as Brod had betrayed Kafka, so Hoffe didn’t necessarily ‘carry out what Brod wanted her to do’. Once Esther Hoffe died, the archives were reallocated by the court to the National Library of Israel. Esther’s daughter was thus rendered as powerless before the law as Kafka’s petitioner K: ‘As Eva Hoffe awoke in Tel Aviv one morning in August 2016 from uneasy dreams, she found herself transformed into a disinherited woman.’

There was always an oddness about the unliterary Hoffes claiming to ‘own Kafka’, though as Balint implies, at the point of Eva Hoffe’s disinheritance she metamorphosed into what she’d never quite been before. In losing all claim to Kafka, she emerged, as does anyone who feels unmoored and estranged from a world of which they’re nonetheless representative, as Kafka’s true heir. As Kafka wrote: ‘In the fight between you and the world, back the world.’

Devorah Baum is Associate Professor in English Literature and Critical Theory at the University of Southampton.