How far did Napoleon’s Corsican childhood and his father’s role in the island’s brief period of autonomy influence his later life? 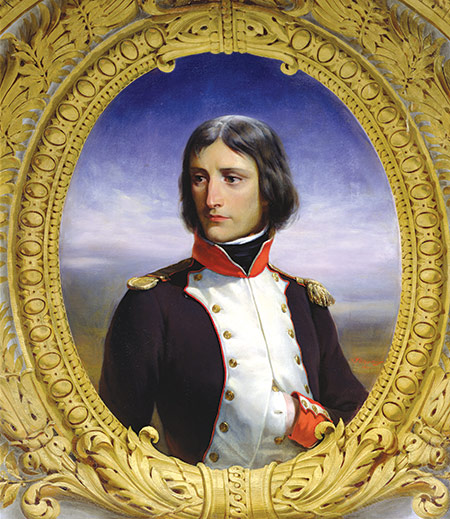 Two centuries on from Waterloo, Napoleon continues to fascinate. Yet surprisingly little attention is given to Napoleon’s origins and the way they shaped his life.

Napoleon was born in Corsica in 1769, three months after royal French forces brought an end to its 40-year period of autonomy. Just 20 years before the storming of the Bastille and the beginning of French Revolution, this invasion resulted in the island’s annexation to France the following year.

How much were Napoleon’s commitments to an efficient central administration, the ending of rural lawlessness, the promotion of science and the arts, the abolition of feudalism and the most ambitious codification of laws since the fall of the Roman Empire a result of the lessons of Corsica’s 40-year period of autonomy?

While conducting ethnographic fieldwork in Corsica during 2012-13, I examined household registers, baptismal records, letters and journals dating back to between the 14th and 18th centuries in Bastia, the then Corsican capital, with the hope that doing so might also resolve a debate concerning the accurate location of Napoleon’s christening.

This research led to the discovery that Napoleon’s father, Carlo Buonaparte, was probably secretary to, and one of the most trusted associates of, Pasquale Paoli, the democratically elected leader of the unrecognised Corsican Republic, until the Battle of Ponte Novu signalled an end to self-rule in 1769.

Research suggests that Paoli, who led a successful revolt against the Genoese, designed a constitution favouring representative democracy, which was unlike any other codified document of its time. His constitutional experiment sought to separate the executive and the legislature; vendettas were banned; taxation was to consist of a fixed hearth-tax and levies relative to property size; and admittance into government was to be largely based on the popular vote. Paoli and other autonomists even established a functioning university in Corte – Corsica’s former capital – before French annexation. Corsica was so politically advanced for its time that it elicited the admiration of Rousseau, Voltaire and James Boswell.

At the request of Matteo Buttafoco, a supporter of Corsican autonomy and a French-speaking advocate for the unrecognised Corsican republic, Rousseau made recommendations for a codified legal system protected by a democratic constitution that would unify the Corsican people. His proposal, the Projet de Constitution pour la Corse, had to wait for publication until 1861, almost a century later.

The principal weapon of the Corsicans was their courage. This courage was so great that in one of these battles, near a river named Golo, they made a rampart of their dead in order to have the time to reload behind them before making a necessary retreat … Bravery is found everywhere, but such actions aren’t seen except among free people.

Even though Carlo Buonaparte hastily switched his alliance to France after the invasion, dined with the military commander Comte de Vaux two months after occupation and further pursued collaboration with the French, it is difficult to argue that the ideas put forward by Paoli’s regime did not affect Corsicans born after the 1740s.

What is more, without the island’s 40-year period of autonomy, Carlo would have neither gained experience in governmental affairs nor a political consciousness, experiences which were passed down to his children.

The French diplomat Louis Antoine Fauvelet de Bourrienne’s Memoires de Napoleon Bonaparte (1831) implies that Corsica’s autonomous movement also shaped the young Napoleon’s political mindset. The author had been both an intimate friend and a classmate of Napoleon at the military school of Brienne in Champagne and de Bourrienne described the rapport he had with the future Emperor of the French:

I was one among those of his youthful comrades who could best accommodate themselves to his stern character. His natural reserve, his disposition to meditate on the conquest of Corsica, and the impressions he had received in childhood respecting the misfortunes of his country and his family, rendered his general demeanour.

That Corsica’s 40-year period of autonomy impressed Napoleon at an early age was confirmed by a comment made in his formative years:

On Corsica I was given life, and with that life I was also given a fierce love for my ill-starred homeland and fierce desire for her independence. I too shall one day be a ‘Paoli’.

Sebastien R. Le Morillon is a Research Assistant in the Department of Anthropology at Columbia University, New York.