In the intellectual community of Berlin, Saul Ascher was committed to the reform of Judaism. 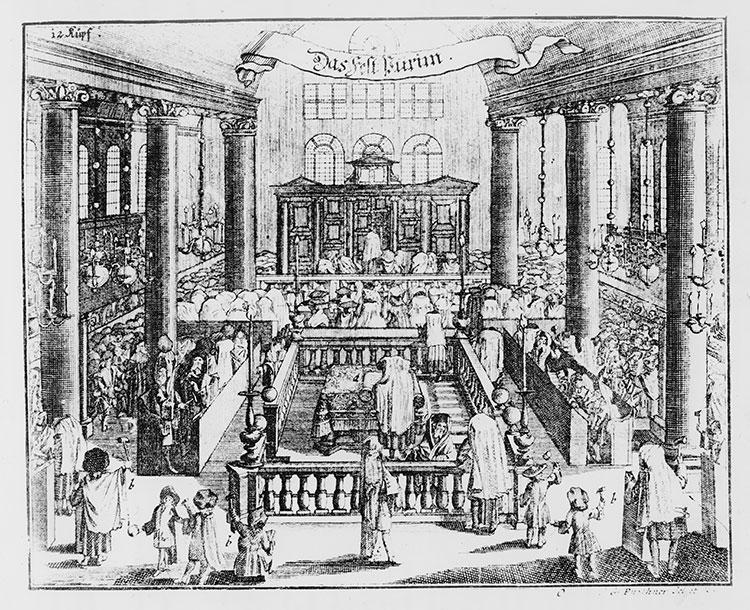 Saul Ascher was born 250 years ago, on February 6th, 1767, just four years after the end of the Seven Years’ War. Not much is known about his biographical details, nor are his works studied beyond a small circle of specialists. This anniversary, though, is an appropriate time to recall some of Ascher’s main concerns, not the least of which was the relationship between Jewish identity and German nationalism.

Ascher was from one of the few privileged rich Jewish families living in the Prussian capital, Berlin. He thought of himself as a private scholar and was able to pursue his intellectual and literary interests without any financial constraints. He was known for his huge library, which he made available to fellow Jews who were less well-situated, and he encouraged others to pursue their literary ambitions. However, Ascher was not a very sociable man and was often characterised as an awkward loner by the people who knew him.

Instead of Hebrew or Yiddish, he spoke and published only in German. Besides Hebrew, he had been trained in the classical ancient languages, as well as in German, French and English. He even translated French and English texts that he found of particular interest into German, notably Bernhard Mandeville’s provocative Fable of the Bees, which he edited with an introduction and substantial annotations in 1818. Sharing the values of the educated elite of the Prussian Enlightenment, Ascher considered himself a Kantian.

The small Jewish elite in Berlin was keen to escape the backward-looking Jewish orthodoxy. A liberal education in the spirit of the Enlightenment was seen as the best road to reform within the Jewish community and at the same time as a necessary precondition of Jewish emancipation. The Haskalah (literally, ‘education’), as the Jewish Enlightenment movement called itself, thrived in Berlin. Moses Mendelssohn was its leading intellectual figure, arguing in his Jerusalem, or on Religious Power and Judaism (1783) against the reform of Jewish laws and religious practice. Despite his enlightened attitude and his demands for civil equality between Jews and non-Jews in Prussia, Mendelssohn advocated that, if emancipation of the Jews could only be achieved by abandoning Jewish religious practice, it would be preferable to surrender the goals of emancipation and civil equality.

As early as 1788, aged just 21, Ascher published his first book: On the Civil Improvement of the Jews. Although sharing many of Mendelssohn’s positions, Ascher criticised him for not going far enough. In his Leviathan, or on Religion in view of Judaism (1792) Ascher argued for a fundamental reform of the Jewish religion. Jewish orthodoxy, he argued, stood in the way of Jews becoming full members of Prussian civil society, because the religious duties were irreconcilable with the civil duties of a Prussian citizen. In his view, only a reformed Jewish religiosity was compatible with Prussian citizenship. Indeed, he thought that a new kind of Judaism would strengthen the Jewish identity within Prussian-German society. For him, the real challenge was not a question of either/or but to find a new enlightened synthesis between Jewish religiosity and civil liberty. This led not only the rabbis and orthodoxy but also many reformist Jews to criticise Ascher, who found himself increasingly isolated by his ‘individual Judaism’ and on the fringes of Berlin’s Jewish intellectual circles, a well-known, albeit somewhat curious, figure in this small world.

A more substantial battle line was drawn elsewhere. Ascher had criticised various German intellectuals because they flirted with German nationalism during the time of the Napoleonic occupation of Germany. Leading Prussian reformers were prepared to protect Ascher up to a certain point, but his provocative writings and his endeavours as an editor of the controversial journal Welt- und Zeitgeist (spirit of the world and the times) brought him face-to-face with the existing censorship. He even briefly ended up in jail in 1810 because of his polemics. Ascher was willing to pick any intellectual battle to defend his commitment to reform and the education of society. He believed in human equality and tolerance of the other-minded but, as his experience illustrates, at the beginning of the 19th century the openness of the enlightened age could not be taken for granted. Worse, it was increasingly threatened by nationalistic and exclusionist tendencies.

Ascher’s Germanomania, another polemical attack against German nationalists, such as Friedrich Ludwig Jahn and Ernst Moritz Arndt, and their idea of a united Christian-German nation, was burnt at the Wartburg Festival in 1817, where Protestant students celebrated the fourth anniversary of the Battle of Leipzig (otherwise known as the Battle of the Nations, fought from October 16th-19th, 1813,where the allied forces dealt Napoleon a decisive blow). For the nationalists, German identity was under external threat from France and internally threatened by the Jews. People like Jahn and Arndt wanted to purify national identity, redefining it in reaction to these alleged threats. Emotions were running high. Despite the recent Edict of Emancipation (March 11th, 1812), which had granted the Jews in Prussia the rights of citizenship, Jews were accused of forming a state within the state and thus undermining German unity. Ascher pleaded reason. The Prussian state and the rule of law, he trusted, would constrain any excessive nationalism.

Saul Ascher died on December 8th, 1822; his works were never translated from German and most of his writings were only published once during his lifetime in small editions. He was an inconvenient maverick, who sat between multiple chairs and provoked criticism from almost all quarters. He ardently believed in the betterment of human society through education and warned against religious and nationalistic fanaticism, regardless of its provenance. It is timely to recognise that much of what he criticised is unfortunately still relevant today. 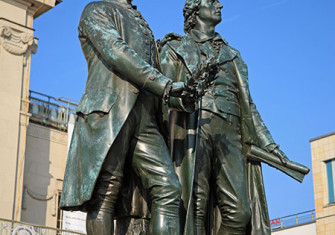 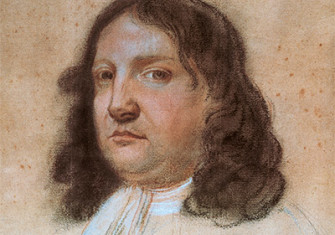 Penn's Plan for a United Europe