In the event of a successful Nazi invasion of Britian, Adolf Hitler proposed rural Shropshire as his headquarters. Roger Moorhouse explores why he would have chosen such a location. 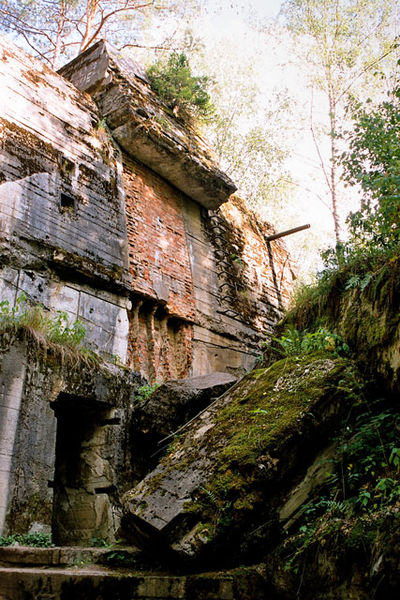 The news that Adolf Hitler might have established his headquarters at Bridgnorth in rural Shropshire, in the event of a successful Nazi invasion, would have struck many perhaps as an unlikely tale. Why Shropshire? Why Bridgnorth? As the BBC told us, it was all about transport links, about the region’s centrality and, rather implausibly, because of its similarity to the Black Forest.

Well, the decisive factor has not been mentioned – that of isolation. Hitler was not what we would call a ‘people person’, and in wartime he was happy to devote himself entirely to the prosecution of the war, eschewing almost all public appearances and doing a rather good impression of a fascist hermit. Consequently, it was Goebbels who became in large degree the public face of the regime, touring the bomb sites and dispensing sympathy and slogans to the bombed out.

Hitler, meanwhile, spent most of his time at his ‘Wolf’s Lair’ headquarters in rural East Prussia, tucked away in the forest, away from the hustle of the capital, in a region that was both comparatively remote yet only a day’s train ride from the epicentre of power – a place, in fact, rather like Bridgnorth.

Hitler’s penchant for isolation was to have some serious consequences. At the ‘Wolf’s Lair’, his generals complained, he was cut off from the tribulations of the German people, blind to the consequences of the Allied bombing, remote from the ubiquitous death notices. In fact, at the ‘Wolf’s Lair’ he was free to conduct his war almost as a wargame, with his armies like so many counters strewn across a map table.

Hitler’s isolation in East Prussia both spurred the German resistance and provided them with their greatest opportunity. So, whilst Stauffenberg would rail against the literal and metaphorical image of “Hitler in the bunker”, he would also attempt to exploit the resulting remoteness for all it was worth; seeking to cut the ‘Wolf’s Lair’ off from the rest of Germany in July 1944, whilst he and his confederates launched a coup in Berlin.  Far from a footnote in history, then, the ‘Wolf’s Lair’ is of rather seminal importance.

So, the prospect of Hitler coming to Bridgnorth is indeed an intriguing one, but one that nonetheless makes good sense when viewed in the context of Hitler’s wartime habits and preferences. One thing is for certain, if the German Führer ever had managed to come to Shropshire, it is doubtful that he would have spent long in any manor house or country pile. Given his passion for reinforced concrete, he would have swiftly built himself a bunker.  “Hitler in the bunker” said Stauffenberg, “that’s the real Hitler”.  He was right.

Roger Moorhouse is author of The Wolf's Lair: Inside Hitler's Germany published by Endeavour Press.

Hitler & the Bomb Plot: In the Wolf's Lair

John Wheeler-Bennett's account, with many illuminating details, of the attempt that nearly put an end to the Third Reich.

Albert Speer’s plan to transform Berlin into the capital of a 1,000-year Reich would have created a vast monument to misanthropy, as Roger Moorhouse explains.