Medieval women’s bodies were a battleground: they were either irretrievably sinful, or they were Christ-like. 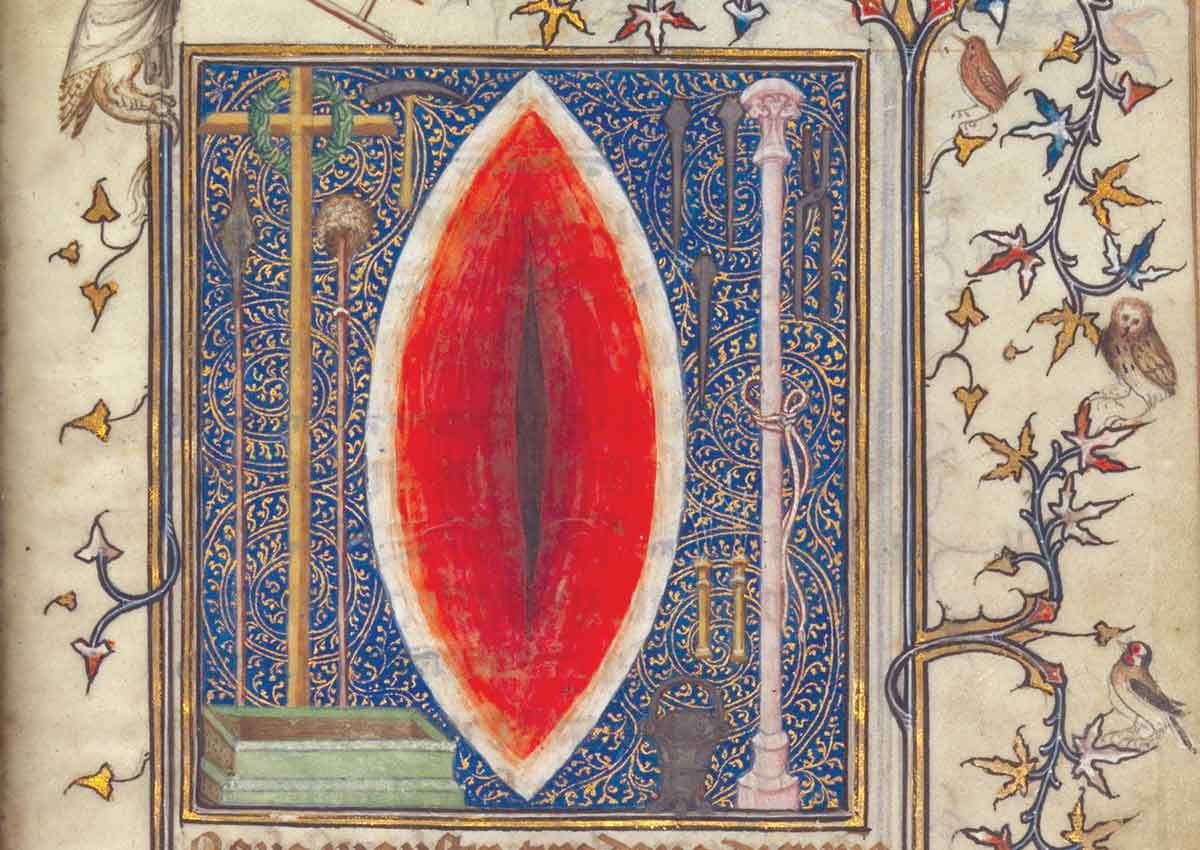 That women were legally, economically and socially disadvantaged in medieval Europe will come as no surprise. What is interesting, however, are the biological reasons given for this inferiority. Women’s bodies, Thomas Aquinas wrote in Summa Theologica, show a troubling ambivalence. On one hand, women were a natural part of the divine order: ‘Woman is not misbegotten, but is included in nature’s intention’, which itself is ‘the general intention … of God’. Yet, on the other, these bodies are fundamentally flawed compared with men’s: ‘As regards to the individual nature, woman is defective and misbegotten’, because ‘the active force in the male seed tends to the production of a perfect likeness in the masculine sex’. Men’s bodies, therefore, gave them natural authority over woman, having a closer ‘likeness’ to the divine. As Aquinas later wrote: ‘Woman is naturally subject to man, because in man the discretion of reason predominates.’

Aquinas was not alone in this. The 13th-century De Secretis Mulierum (The Secrets of Women) is perhaps the most vicious of subsequent texts. A guide for confessional priests, De Secretis’ author Albertus Magnus strengthens Aquinas’ link between biology and divinity to reach a more devastating conclusion. While man’s reason allowed him to exercise considerable control over his body and mind, the deformity of a woman’s body robbed her of this control. A woman’s body gave her an innate need to sin: ‘Her seed runs out of these organs ... just like saliva runs out of the mouth of a starving person.’

More than this, women’s bodies were a danger. Beyond the sinful urge to lead men into promiscuity, menstruation itself became a fatal pollutant. Whereas the 12th-century medical guide Trotula referred to menstruation as a ‘flower’, De Secretis said it was ‘extremely venomous’, its flow ‘poisons the eyes of children in the cradle’. A woman’s very biology became weaponised against her; she became a dangerous, unnatural force that needed subjugation.

Yet at the very same time, a remarkable development led to a new appreciation of the feminine. Extolling the biblical Song of Solomon, ‘your breasts are better than wine, smelling sweet of the best ointments’, writers from Bernard of Clairvaux to Guerric of Igny compared the grace of Jesus to the nurturing provided by breast milk. Bernard wrote to one of his followers: ‘If you feel the sting of temptation, suck not so much the wounds as the breasts of the Crucified. He will be your mother, and you will be his son.’

Despite this new, feminine understanding of the divine, many Continental holy women were conflicted over the relationship between the female body and Christ. After all, it was all well and good to compare Jesus’ body to the maternal, but this did little to cancel out centuries of negative teaching. Consequently, female saints’ vitae frequently depict the body as something which needed to be overcome to obtain a holy relationship. In her relationship with Christ, for example, St Bridget of Sweden must battle her innate ‘carnal desire’ for the ‘sweetest spiritual pleasure’, becoming ‘obedient so that not a single limb in [her] body can do [Jesus] wrong’. It would seem as if Bridget, like most of her female contemporaries, still saw her biology as innately sinful rather than positively comparable to Christ. Indeed, when a saint described her body in connection to Christ, it was often to demonstrate a Christ-like suffering: flagellation, mutilation and chastening became par for the course. Jesus, the empowering ‘feminist’, seems a world away.

This was not the case for Julian of Norwich. The reason for this is surprisingly simple: the text she left, Revelation of Love, contains her own voice and experiences, unlike most female vitae, which were written by men.

At first glance, Julian’s life makes it seem unlikely that she could conceive of an empowered female body. After all, she spent over 20 years as an anchorite in a small Norwich cell. Yet Revelation shows a deeply positive understanding of the female body.

When Julian describes her first encounter with Christ, she seems superficially to present the same conflicted attitudes as other female vitae. She petitions him for ‘seknesse’ in order for her body and soul to be ‘purged’. Her statement that ‘my body was dede fro the middis downewards as to my feleing’ presents this illness as a renouncement of the female body’s innate, biological sexuality. And, when she describes Jesus appearing three days after her purging illness, Julian links the renouncement of her sexuality with Jesus’ own crucified body, which also suffered and was purged for three days before his reunion with God.

Yet Julian goes beyond associating her body with Christ’s suffering, or simply depicting Christ’s body as nurturing and maternal, as Bernard of Clairvaux did. Her ‘beholding’ of Christ’s bleeding is strongly evocative of menstruation. Instead of the bleeding coming from an open stigma, she writes that the ‘plenteous … hot blood ran out where there was no skin nor wound … it should have made the bed all one blood’. While menstruation is never explicitly mentioned, in the medieval world, where, as the historian Sarah Alison Miller suggests, ‘all exudations – menstruation (etc.) – were seen as bleedings’, it is a reference which cannot simply be dismissed. For a medieval audience, Christ’s ‘plenteous’ bleeding would evoke the overflowing, uncontrolled fluidity which defined women’s bodies. Julian draws the association between women’s bodies and Christ to a brilliant conclusion; Jesus’ final ascension sees him ‘bleding and praying for us to the father’ for all eternity. The poisonous, uncontrollable fluids which defined women’s bodies are evoked in Jesus’ body as liberating and salvatory for all mankind.

In many ways, the question of whether Jesus was a feminist symbol is irrelevant for the modern reader. It invokes a world largely alien to us; where divine visitations met outlandish gender conceptions to influence the thoughts and actions of its occupants. But it is an important question to ask. By using her understanding of Jesus to empower the medieval female body, Julian provides an example for us today. For showing how a woman’s body can be redefined and liberated from its traditional parameters is surely worth exploring.

Charlotte Riley recently completed an MA in History at the University of St Andrews.